Distilled with 100% rye, WhistlePig 10 Year is aged for a decade and bottled at 100 proof. 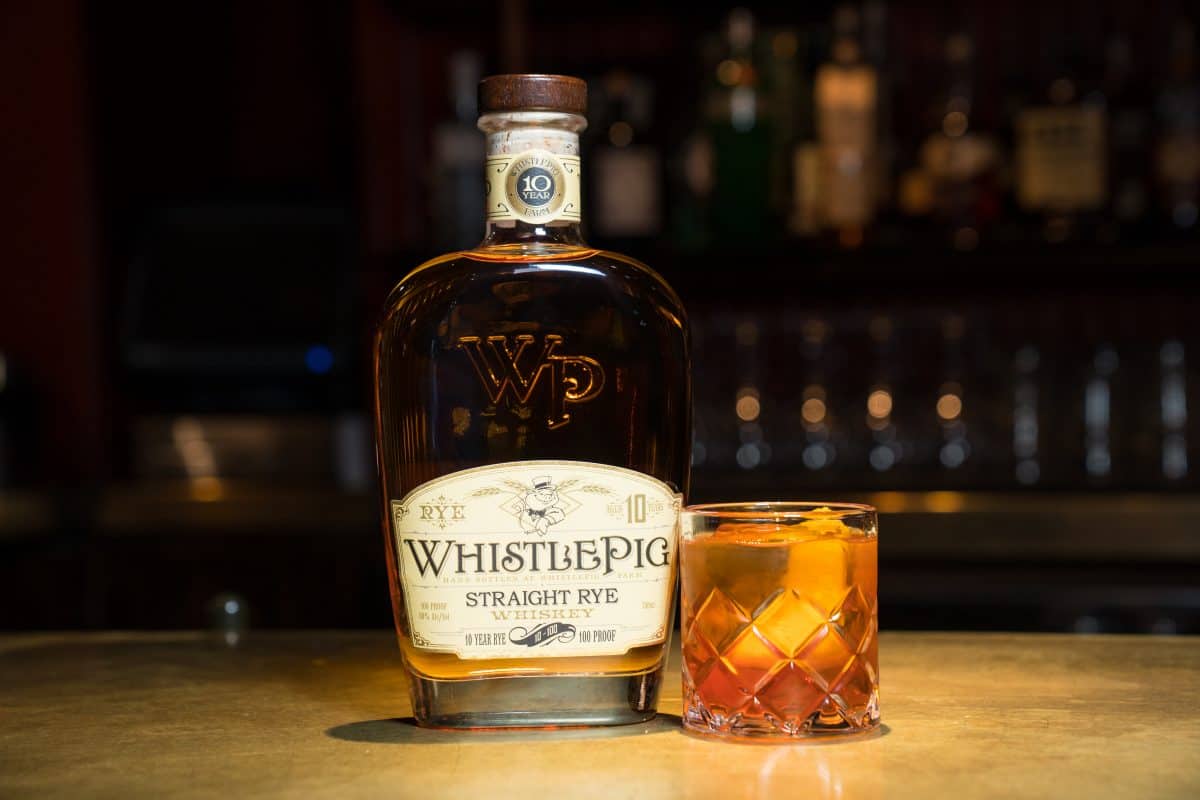 In regards to American whiskey, bourbon is still king in terms of popularity. (In 2017, Kentucky’s bourbon distilleries increased production, boosting the state’s overall inventory to 7.5m barrels of ageing whiskey – the highest volume since 1972). Rye whiskey has seen a significant resurgence in popularity in recent years, however, and quite rightly so.

Recent trends suggest mixologists are steering away from bourbon’s sweet character, instead favouring spicier, versatile rye whiskey in cocktails. One distiller to see incredible growth over the past five years, WhistlePig is a pillar of the ultra-premium rye whiskey sector, particularly popular in the UK – served in bars such as Annabel’s, The Connaught and Soho House.

Using traditional methods of rye production, WhistlePig operates from a Vermont farm working towards an entirely farm-to-bottle approach, from growing its own grains, to aging the spirit in Vermont oak barrels and hand-bottling on the farm. Founded by the late Dave Pickerell (formally of Maker’s Mark), WhistlePig’s original 10 Year rye was born from a rescue mission involving a stock of misused Canadian whiskey, which was eventually turned into an award-winning rye whiskey.

On the 10 Year Straight Rye and the style’s increasing popularity, Pete Lynch, WhistlePig’s Master Blender said: “Rye whiskey is quite bold in character from the moment it’s distilled, especially in comparison to other styles of whiskey such as bourbon.

“Rye can not only stand up to longer aging because it is a bolder distillate, but often presents more nuanced flavours from the marriage of strong spirit character and oak. With bourbon, we’re a lot more concerned about over-oaking the whiskey because of the sweeter, lighter style; when it comes to rye, we’re not so afraid of losing the fantastic flavours we get in our new make spirit, and tend to push the boundaries a bit further.

“The mingling of distillate derived flavours and compounds extracted from oak barrels happens quite slowly and carefully, and we preserve a lot of the new make spirit flavour – even at the 10-year-old mark. That’s just not something you typically see in long-aged bourbon.”

Distilled with 100% rye, WhistlePig 10 Year is aged for a decade and bottled at 100 proof. With a golden hay complexion, the spirit has initial notes of rich butterscotch, honey, toffee, orange rind, peppermint, allspice, clove and anise on the nose, joined by some charred oak which imparts sweet vanilla aromas. On the palate, initial sweet notes of vanilla and toffee are joined with the rye’s bold spiciness, complemented by savours of baking spices such as nutmeg, clove and allspice. Elsewhere, spearmint prevails on the palate alongside notes of burnt orange, dark chocolate and a lingering spiciness that continues on the smooth, lingering finish and dominates the whiskey’s full-on flavour profile.

WhistlePig 10 Year Straight Rye is available from Master of Malt and The Whisky Exchange from £69.89, 70cl.

Combine the Bitters and maple syrup (or sugar) in the bottom of a rocks glass and stir until combined.

Fill the glass with ice, add WhistlePig Whiskey and stir until your desired dilution and ice cold.

Top with ice, twist an orange peel over the glass to garnish.