Following the death of its owner, Toff’s in Muswell Hill has re-opened for takeaway, following strict social distancing guidelines. 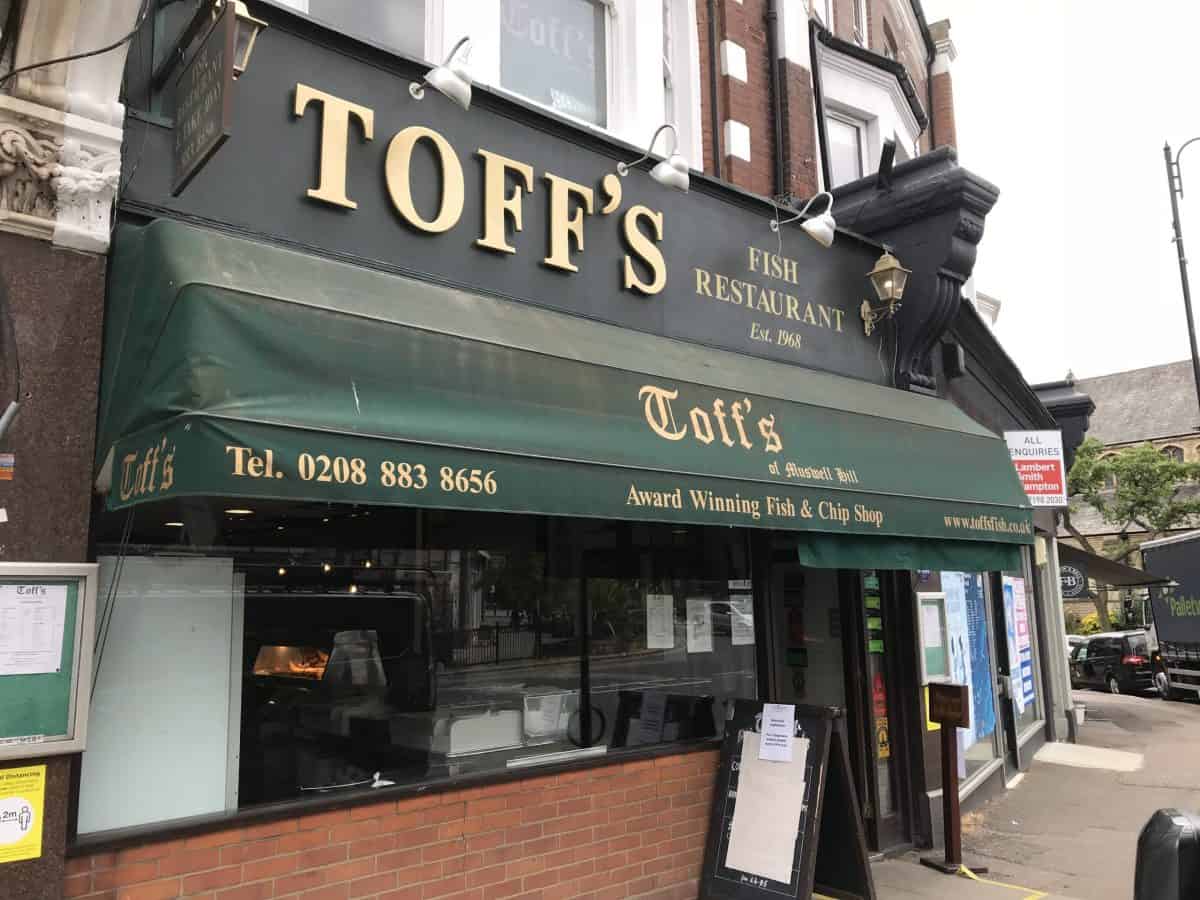 The son of a landmark chippy owner who died of Covid-19 said on Monday that he was “blown away” by the support the local community has given to his family.

Christopher Georgiou, age 30, last week reopened Toff’s, an award-winning fish and chip shop in central Muswell Hill, for takeaways only. The opening is part of an initiative to reopen some businesses as the coronavirus lockdown eases up.

The chippy, which opened in 1968, had been run by Christopher’s father, George, who died on 21st April aged 62 after battling the coronavirus for four weeks. His wife Giga, brother Costas also worked there, along with sons Christopher and Steven.

“My mum and I got the virus at the same time as my father, and it was a very difficult period for all of us,” said Christopher. “Unfortunately my father didn’t make it, although he had incredible care at UCL Hospital, for which we are all very grateful for.

“They went above and beyond the care of duty but it wasn’t to be,” he told The London Economic.

Since reopening on 2nd  June, Toff’s has been busy during evenings in particular, said Christopher. Many of the popular restaurant’s regular customers have returned to purchase fish and chips, savoury pies, saveloys or just chips wrapped in a paper spiral.

“We are really blown away but the incredible support we’ve received on social media, as well as flowers and cards. It has made a really difficult period easier by the support of the community,” he said.

“Even after we opened people kept on bringing us flowers and cards, just stopping by to give us their condolences, which has been really lovely to receive.

“It’s been a real family effort to get it going again with everyone chipping in to give something back to the community. We saw our opening as a way of saying thank you.”

Toff’s is now selling their traditional fare through the main door, which has been blocked off and serves as a takeaway window. Customers queue up outside and place their order to an employee standing behind a table wearing a mask, gloves and apron.

“We only opened when it was safe to do so and we are wearing full PPE. And we’re not allowing anyone in the premises,” said Christopher.

“My brother Steven is very asthmatic so we’ve been shielding him and we’re not taking any chances.

“When opening we’ve decided to use the same practices that my dad and my uncle introduced over the last 20 years, using the same suppliers, the same recipe and the same prices as before.

Tributes came in from across London after George died, including from Haringey Councillor Adam Jogee, who tweeted that George was “a great guy who cared so much about our community”.

Customers today seemed to be in agreement as they queued up for fish and chips.

Nanny Ruth Segay was thrilled that she could buy her favourite fish like she used to. She stopped by Toff’s with her two young charges after a morning out. “The fish here is brilliant. It’s nice, very nice,” she said after receiving a hot parcel wrapped in white paper, which she shoved underneath her buggy.

“I think they have excellent chips and their steak is kidney pie is wonderful,” said Michael McKay, a carer from Wood Green who drove to Muswell Hill to visit Toff’s and was waiting on the pavement outside for his food to be prepared.

“My partner wanted to eat fish and chips in the car. Driving is recreation now.”

‘This is freefall’: Labour opens up 15 point lead in the polls