The latest release was brewed in December 2018 and spent a year ageing in bourbon casks. 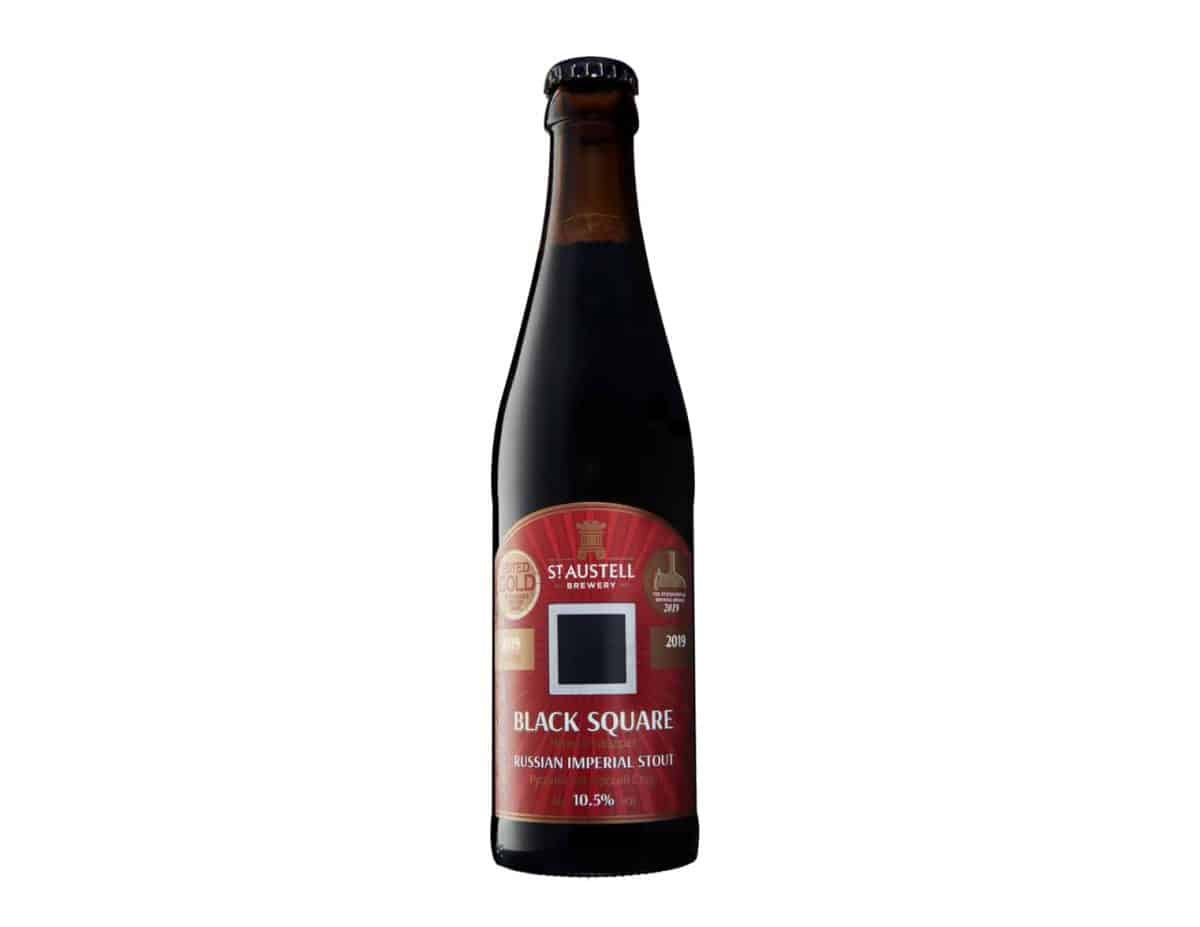 Originally founded in Cornwall by Walter Hicks in 1851, St Austell Brewery has become renowned for brewing some of the South-West’s most popular beers. In addition to brewing their own beers from a brewery overlooking the bay of St Austell, their Small Batch Brewery builds on the success of a previous micro-brewery, allowing St Austell’s team of brewers to constantly experiment with new flavours and styles.

Black Square Russian Imperial Stout, for instance, was initially launched as a collaborative effort between St Austell and New Riga’s Brewery in Moscow, Russia. A strong, dark beer evocative of that brewed in the 18th century by Thrale’s brewery in London, for export to the court of Catherine II of Russia, the beer was first launched in 2016. Since then, the beer has been awarded a Championship Trophy for ‘Best Strong Beer’ at the International Brewing Awards 2019 and ‘Best Stout’ at the 23rd International Beer Challenge Awards.

Originally conceived and brewed by St Austell Brewing Director Roger Ryman, alongside the team from New Riga’s, the beer was released in keg for the Russian market and instantly became one of the brewery’s best-selling craft ales. Soon after, the first batch was launched in the UK, with just 5,000 bottles released each year. 2019’s batch was brewed to 10.5 per cent ABV and spent a year maturing in bourbon casks in Cornwall, to bring the beer to its best condition, released at the end of last year.

On pour, Black Square 2019 is deep brown, almost black, crowned with a tan head. On the nose, prominent roasted malt aromas are joined by notes of liquorice, lactose, vanilla and chocolate, redolent of Cadbury’s Fruit & Nut. A whisper of coffee is also prevalent, continuing on the palate alongside some tannic oak, jammy berries, chocolate and some lactic notes that linger alongside further suggestions of liquorice and vanilla. A thick, full-bodied stout, Black Square is intensely rich, concluding with a long,  pleasant finish.