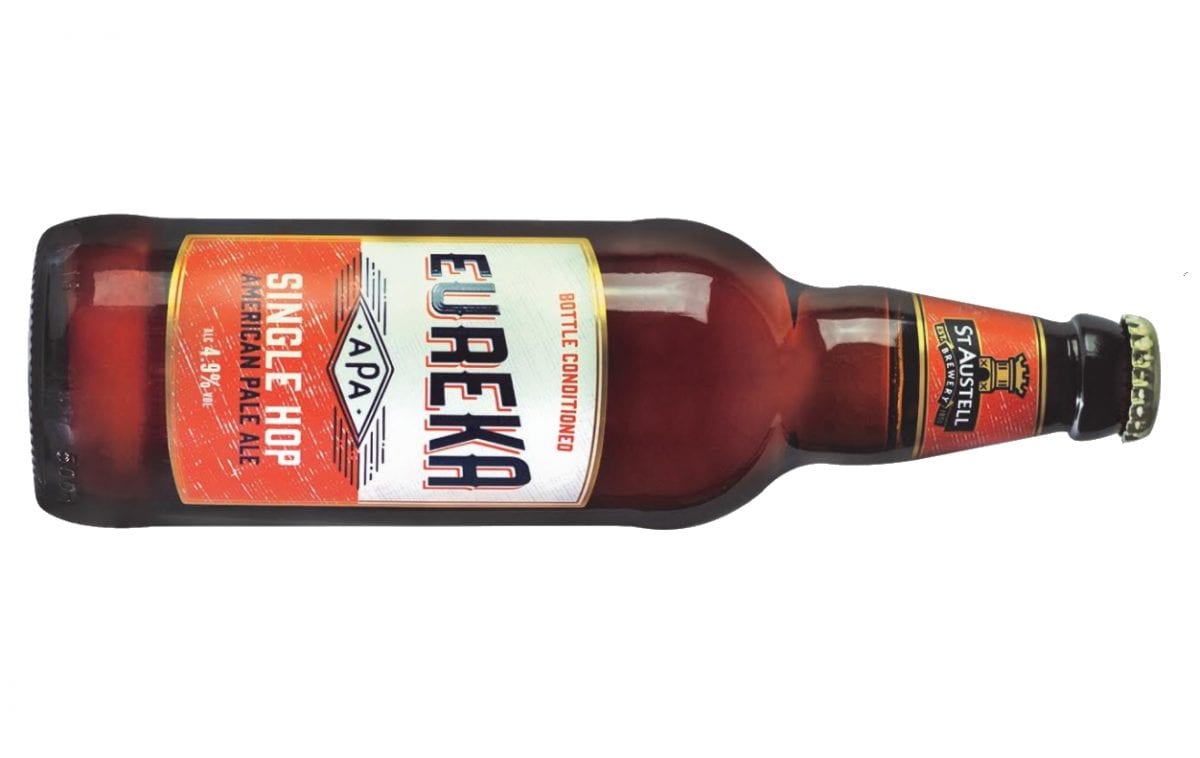 Originally founded in Cornwall by Walter Hicks in 1851, St Austell Brewery is still 100 per-cent family owned and renowned for brewing some of the South-West’s most popular beers. In addition to brewing their own beers from a brewery overlooking the bay of St Austell, their Small Batch Brewery builds on the success of a previous micro-brewery, allowing St Austell’s team of brewers to constantly experiment with new flavours and styles. Eureka, for instance, was launched towards the end of last year as an American pale ale style, in homage to the beer of America’s west coast. Brewed with Eureka hops (hence the name), grown in the Pacific North-West of the United States, teamed with crystal rye malt and California ale yeast to provide a “light and delicate canvas”.

When poured, Eureka has a vivid amber complexion that’s topped with a fleeting white head. Notes of tangerine, apricot and some biscuit are prominent on the nose, joining some dank herbal, grassy notes. The tangerine notes continue on the palate with prominent flavours of juice and some orange rind oil. These are joined by some subtle blackcurrant and digestive biscuit notes that bring some sweetness to balance the hoppy citrus bitterness. The finish is then somewhat bitter and lingers for quite a while. Eureka may not be the most exciting British take on American pale ale, but it is a pleasant, highly quaffable beer worthy of some attention.