Brewed to 2.7 per cent ABV, The Small Beer Co.'s Steam is an interesting take on the classic California style. 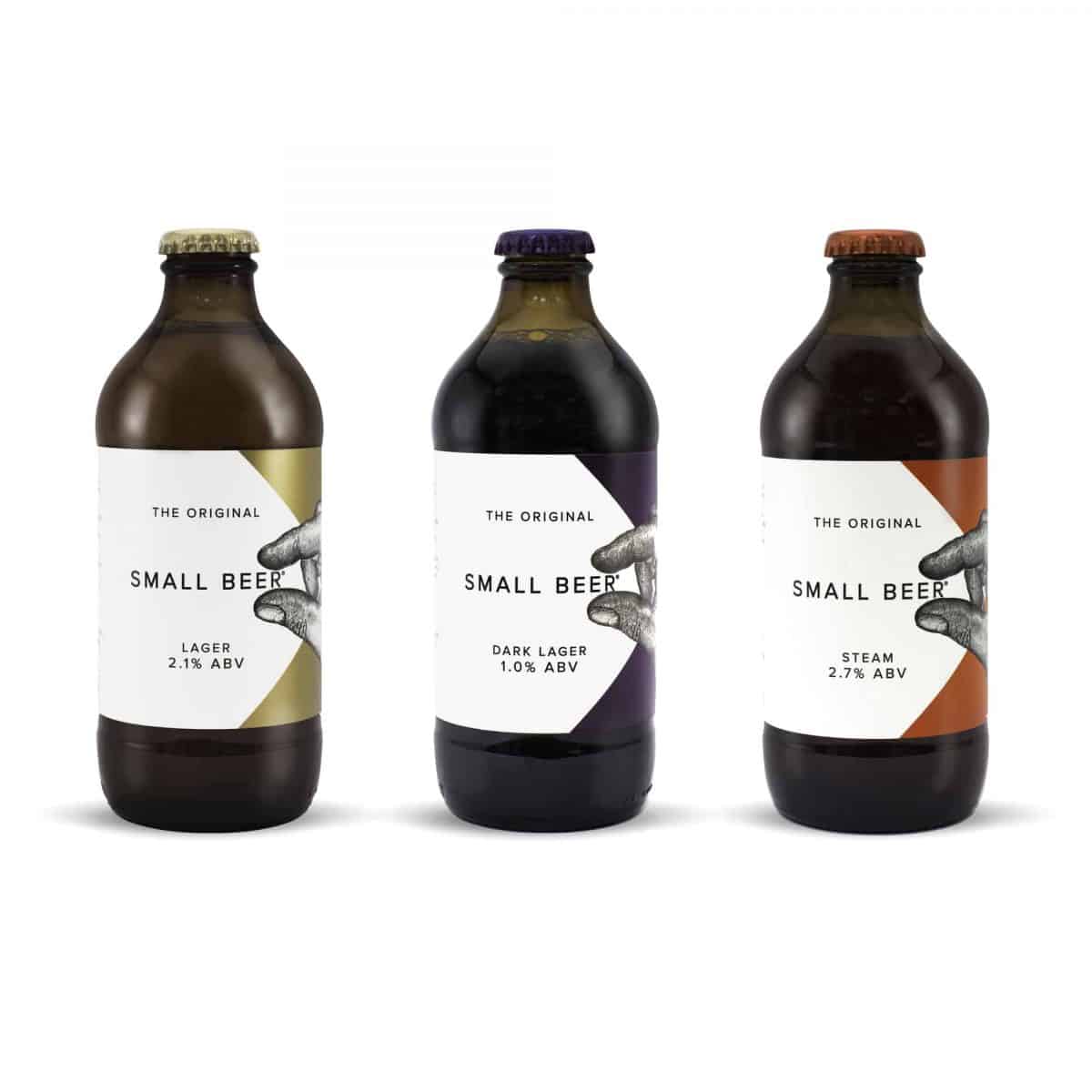 According to the Oxford English dictionary, ‘Small Beer’ is “a thing that is considered unimportant.” While many low alcoholic beers have an undesirable reputation – even though they now make up over quarter of UK beer sales, due to increased demand – The Small Beer Co. are striving to change public perception.

Close to South Bermondsey station, the 5,500 square-foot brewery was founded by James Grundy and Felix James. Pledging to produce “small beer, with big taste”, The Small Beer Co.’s concept is deeply rooted in history. For some time during the 1700s, clean drinking water was a rarity in Britain. As a result, ‘small beer’, traditionally brewed between 0.5 to 2.8 per cent ABV, became a staple of daily life, enjoyed in many households, work places and schools across the country. The Small Beer Co.’s 21st Century interpretation is inspired by one particular brewer’s first hand account, but completely re-invents the brewing process – using new methodology and technology to produce full-flavoured beer with low ABV. Here, beers are brewed to strength rather than stripped of their alcohol by reverse osmosis or cooking.

Typically attributed to San Francisco and America’s West Coast, steam beer was historically brewed with lager yeast, using an improvised process without proper refrigeration, originating out of necessity (dating back to the mid 19th Century). The style was considered cheap and low-quality, thus falling out of fashion during the mid 20th Century. California-based Anchor Brewing Company were partially responsible for a renaissance during the 1980s, however, with the launch of their Anchor Steam – a modern, craft-brewed take on the original style. Others have since followed.

The Small Beer Co.’s version, for instance, is brewed to 2.7 per cent ABV and is loaded with malted barley, rye, wheat and oats. Malty notes are prominent on the nose, with aromas of rye, bread and some feint caramel joined by citrus hop aromas, particularly lemon peel. Some lemon continues on the palate alongside slight grapefruit, though the beer’s flavour profile is malt-heavy, again vaunting some toasted rye grains, bread and some slight molasses, joined by a dry bitterness that lingers on the refreshing finish. Another interesting low ABV beer from the world’s first dedicated small beer brewery.

Further information on The Small Beer Co. can be found here.