The new vegan Crispy Shallot Burger is available at all UK Shake Shack sites for a limited time. 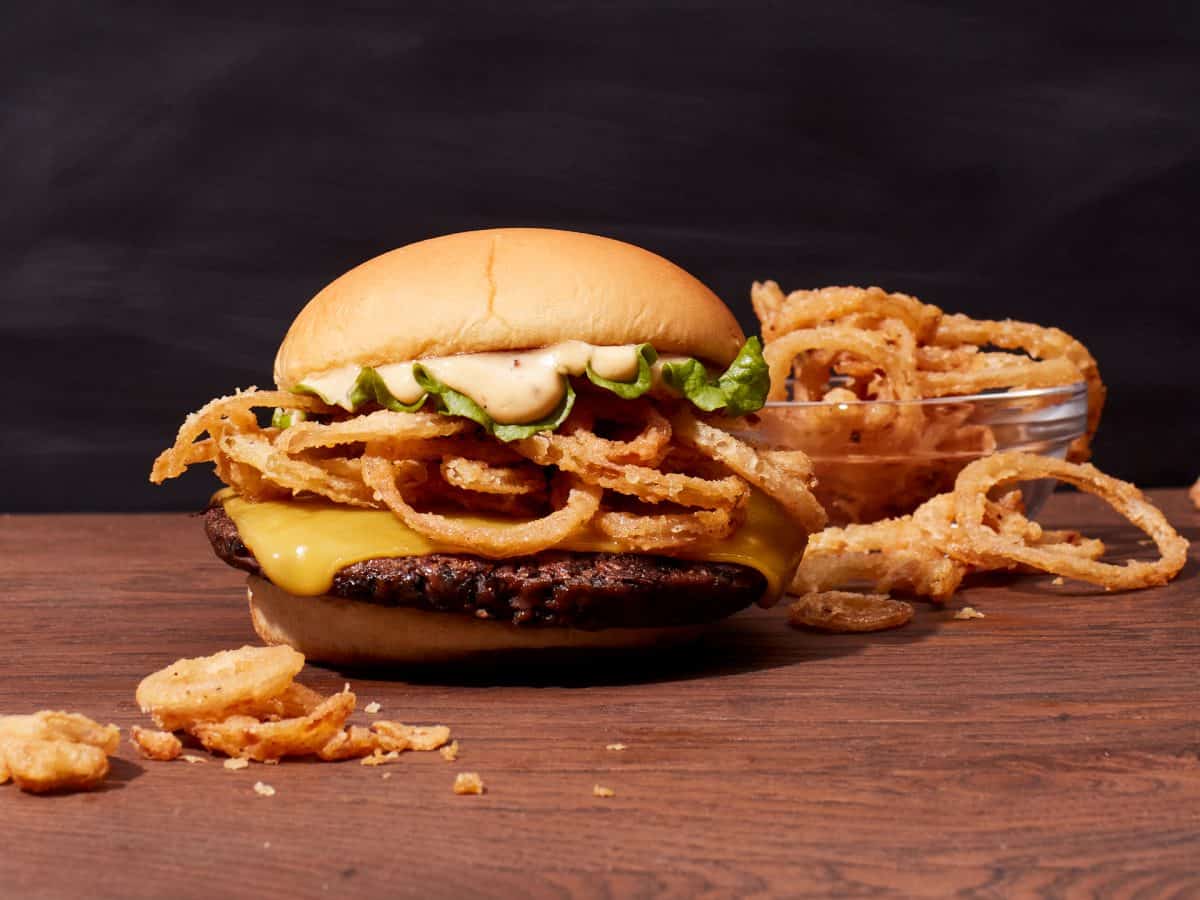 With some of its branches open for outdoor dining, Shake Shack UK has introduced a new Crispy Shallot Burger. In collaboration with chef Neil Rankin, the burger features a vegan patty topped with smoky (vegan) Cheddar, beer-marinated crispy shallots, lettuce, and Dijonnaise sauce, served on a toasted potato bun.

Having brought its famous smash burgers and flat-top German beef hot dogs to the UK in 2013. With sites in over 300 worldwide locations, Shake Shack’s mission is to ‘Stand for Something Good®’, from focussing on premium ingredients and caring hiring practices, to its inspiring designs and deep community investment. Joining Shake Shack’s all-natural meat, without hormones or antibiotics, the new vegan Crispy Shallot Burger has been created chef Neil Rankin and Jim Frisch, Shake Shack Director of Culinary and Product Development.

Having founded temper, a restaurant focussing on whole animal barbecue, with three sites in London, Neil Rankin’s latest venture is Symplicity Foods, having spent two years working on the secret ingredients for unique plant-based meat and cheese products, which are now being supplied nationwide to restaurants such as Bleecker, Gordon Ramsay, Homeslice Pizza, and more.

For a limited-time, the new vegan burger is currently available at all UK Shake Shack venues for takeaway, delivery, and for outdoor dining at the Canary Wharf, Covent Garden, Stratford, Tottenham Court Road, and Victoria sites. Made from roasted mushrooms and onion, plus miso, bulgur wheat, and a blend of undisclosed spices, the vegan patty doesn’t necessarily aim to replicate meat, yet the texture is agreeable and its taste is remarkable with deep savoury umami notes and a feint smokiness. The vegan cheese’s texture is less amorous, but overall it’s an excellent vegan option which also has meat eaters in mind, and thus needn’t be reserved for those abstaining from meat.

On the launch of the new Vegan Crispy Shallot Burger at Shake Shack UK, Chef Neil Rankin said: “With Shake Shack being a big influencer with my own plant-based burger journey it was surreal and an honour to be involved in developing something original for them to use. I’ve always been a believer in umami, smoke and spice is the key to living our best life; and this is the ethos this patty is founded on. I think it is important for a burger to be made of real delicious food not just weird powders and proteins and that’s what you get, smashed on a grill and stuck in a bun with beer marinated crispy shallots, dijonnaise and no compromises made.”

Jim Frisch, Director, Culinary and Product Development at Shake Shack, added: “We couldn’t be more excited to bring this delicious burger to our Shack fans and vegan friends! Working with Chef Neil Rankin, we developed a one-of-a-kind vegan patty that delivers on everything we love about a great burger – decadent, juicy, satisfying and packed full of umami flavour. Our Crispy Shallot Burger is a new, plant-based twist, on some of our Shack classics. Topped with beer-marinated crispy shallots, smoky vegan cheddar and a tangy dijonnaise sauce, this burger is sure to please. We can’t wait for you to try it!”

The new vegan Crispy Shallot Burger is available at all UK Shake Shack sites for a limited time. Further information can be found here.