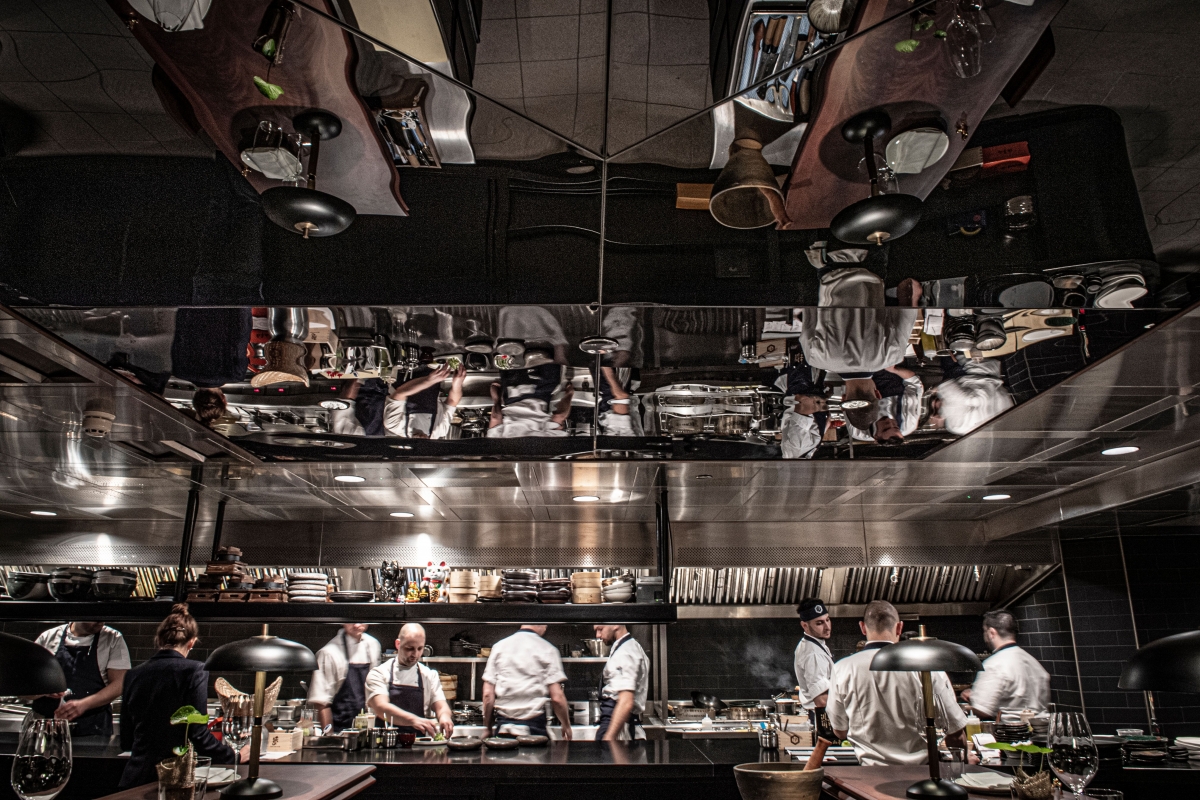 Since celebrity chef and restaurateur Gordon Ramsay announced plans to launch Lucky Cat the restaurant has been one of the year’s most discussed new openings. Initially embroiled in controversy following criticisms and concerns over the restaurant’s authenticity – originally branded as “an authentic Asian eating house” – the operation has since been slightly rebranded and distinctively toned-down. It is now simply “Asian inspired”, championing ingredients and techniques synonymous with the continent home to 48 countries and a population of 4.5 billion.

Certain expectations naturally follow restaurants branded with the name of one of the UK’s best known chefs. Now at 52-years-old, Gordon Ramsay operates over 30 restaurants worldwide, currently holding a total of seven Michelin stars. With such an empire, it would, perhaps, be unreasonable to expect the chef to be regularly involved in each kitchen, but even the most basic level of care would be respected, if not necessarily demanded.

Occupying a freshly refurbished space formerly home to Ramsay’s Maze restaurant, Lucky Cat’s décor has been considered with precise attention. Dark wood panelling and fixtures join plush, heavy chairs, a curved marble bar, steampunk light pendants, a sushi bar and open kitchen. Towards the front of the bar, bass-driven music blares from a set of CDJ decks, lending an unusual clubby atmosphere while natural light continues to seep in through the front windows. In keeping with the theme, the space is also festooned with Chinese lucky cat accents, including the gold chopstick holders at every table. Service is equally polished, with countless friendly servers keen to explain the menu’s sharing concept, delivering food at a reasonable pace and ultimately striving to make guests feel comfortable in the fresh environment yet to be broken in.

From the a la carte menu, dinner began with a bowl of edamame lashed with chilli oil (£6), followed by nuggets of avocado tempura (£8). Veiled with light, almost transparent batter, the hot avocado was viscidand disappointingly bland, like a punishment for those choosing to abstain from meat. Luckily, a pillowy gua bao filled with a hunk of tofu was far better (£4 each), also deep-fried and generously seasoned: further proof that, when executed with this level of finesse, tofu needn’t be reserved as a mere alternative for vegetarians.

Additional glimmers of promise came with the chef’s selection of sushi and sashimi, albeit ambitiously priced at £37. Slivers of amberjack, salmon and tuna sashimi were sliced with the level of meticulousness expected, but served fridge cold and thus unremittingly bland. Six dominoes of nigiri were an improvement, with the quality of the fish compensating for the sticky rice – again well-prepared yet cold as the grave. Of the six, that harbouring a vivid magenta strip of tuna was a highlight, as would the scallops have been if not slightly overwhelmed by the bullying presence jalapeño. Best of all were the tuna maki, liberally spiced, snuggled by firm rice and generally comforting.

Just a small selection of the amazing dishes we’re serving up at @luckycatbygordonramsay…. NOW OPEN! Gx

Monkfish and bacon ‘skewers’ (which should have been listed in the singular tense, for clarity) featured a fleshy tranche of monkfish marred by a limp rasher of bacon, crowned with a coin of fresh black truffle: an unexpected surprise, explaining the £7 price tag. Strangely, aubergine miso (£8.50) is listed here as “eggplant” (especially bizarre considering ‘Aubergine’ was the name of the restaurant where Ramsay earned his first two Michelin stars as Head Chef). A dish that typically vaunts an exceptional balance between intense sweet and umami notes, this slipper of aubergine was overcooked with the flaccid skin clinging to the vegetable’s firm flesh capped with burnt, outstandingly bitter miso.

From the menu’s ‘Fish & Meat’ section, a grilled octopus dish (£20) provided dinner’s biggest cause for concern. In the words of Mr Ramsay, himself, the octopus was “cooked to fuck”. Alongside the acrid bitterness from aggressive char lines branding the leathery tentacle, the dish also featured roasted tomatoes, bland spears of baby corn and an ineptly discordant squeeze of lime. Wow. A positively puerile concoction, inspiring us to settle the bill (narrowly shy of £200) and forfeit dessert. Lucky Cat has its moments, yet it’s often let down by clumsy cooking and obscure ingredient pairings. A bit of a kitchen nightmare, if truth be told.