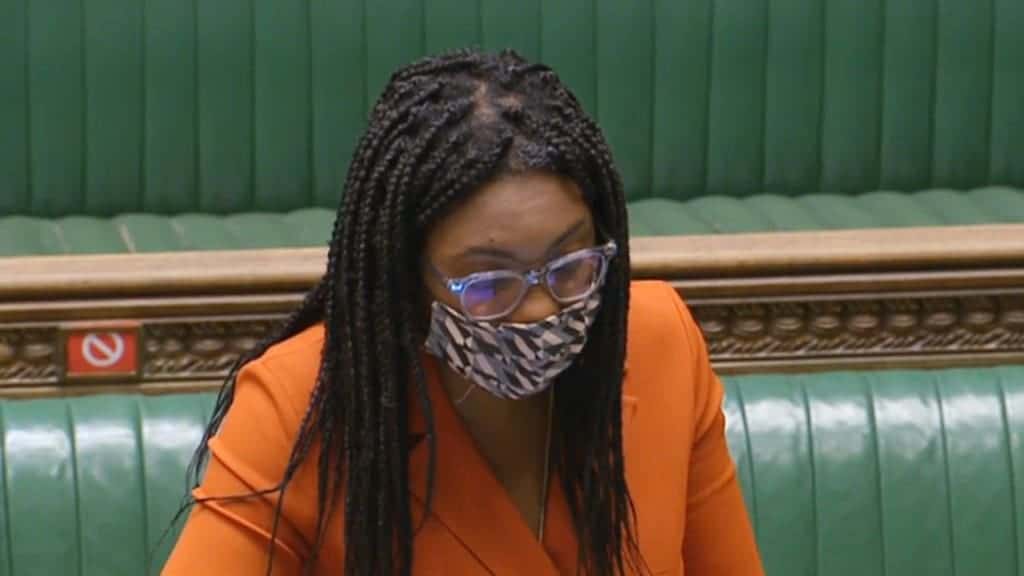 Speaking in the House of Commons today, the Tory minister also spoke of “deeply personal and racialised attacks” against the commissioners – including death threats.

The statement comes after a group of human rights experts strongly rejected the report as “further distorting and falsifying historic facts”. The UN Working Group of Experts of People of African Descent warned the report could even fuel racism, discrimination and stereotypes.

Mrs Badenoch said: “This House depends on robust debate and diversity of thought.

“Too many ethnic minority people have to put up with this shameful treatment every day, as some of my fellow MPs and I know too well. This House should condemn it and reprimand those who continue to do so.”

She said the commissioners have “followed evidence” and “challenged orthodoxy”.

She added: “This landmark analysis challenges a number of strongly held beliefs about the extent and influence of racism in Britain today.

“Commissioners were not prepared for the wilful misrepresentation of the report which occurred following its publication.

“There were false accusations that they denied that racism exists or that they wish to put a positive spin on the atrocities of slavery.

“There were false statements that Commission members did not read or sign off on their own report – or that they are ‘breaking ranks’.

She said the report does not deny the presence of institutional racism in the UK, but did not find “conclusive evidence” in the areas examined.

The report will help the government “ensure equality for all”

She added: “It will play a significant part in this government’s mission to level up and unite the country and ensure equality and opportunity for all, whatever your race, ethnicity or socio-economic background.”

“The report points out that while disparities between ethnic groups exist across numerous areas, many factors other than racism are often the root cause. Among these are geography, deprivation, and family structure. For example, a Black Caribbean child is ten times more likely than an Indian child to grow up in a lone parent household.

“The report also highlights the progress Britain has made in tackling racism, and the report’s data reveals a range of success stories. For example, it underlines the significant progress achieved in educational attainment, with most ethnic minority groups now outperforming their white British peers at GCSE level.”

UN experts ‘stunned’ to read this report in 2021

The UN Working Group of Experts of People of African Descent said: “While racial disparities may not always stem from racism or racial discrimination, there is also compelling evidence that the roots of these disparities lie in institutional racism and structural discrimination as they clearly do not reflect the preferences or priorities of the communities facing structural disadvantage.”

They added: “Instead, many racial disparities in the UK clearly reflect specific nodes of power and decision-making by employers, teachers, and others who dictate the opportunities and advantages available to people of African descent. Too often this decision-making reflects legacy mindsets of racial hierarchy.

“Therefore, the suggestion that family structure, rather than institutionalised and structural discriminatory practices are the central features of the Black experience is a tone-deaf attempt at rejecting the lived realities of people of African descent and other ethnic minorities in the UK.”

Related: Minister insists Britain ‘one of the best countries to be a black person’