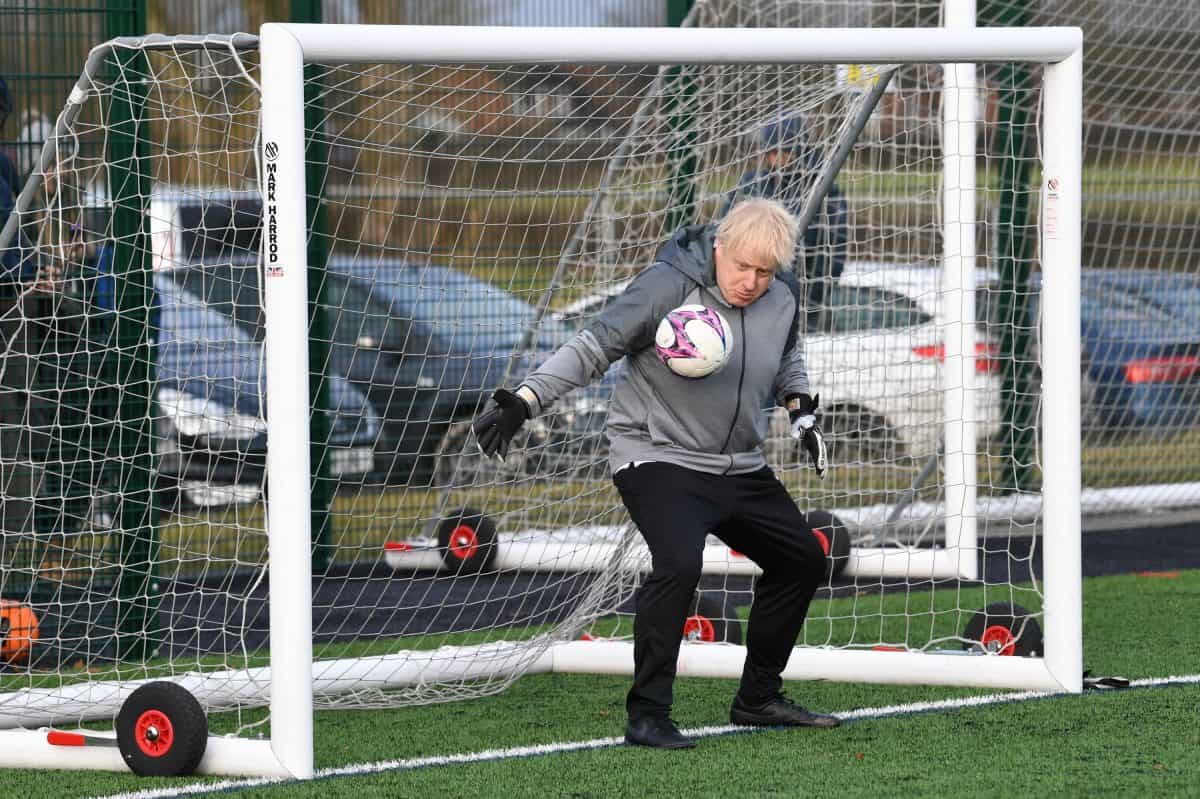 Boris Johnson has been refreshingly proactive in his response to the proposed formation of the European Super League, threatening to “drop a legislative bomb” on wantaway English clubs and pledging to “do whatever it takes” to stop the new tournament.

Amid a stinging backlash against the proposed new competition, the prime minister warned on Tuesday that he was prepared to introduce legislation to prevent its formation.

At a meeting with the FA and the Premier League, he voiced his “unwavering support” for their efforts to block the so-called Big Six clubs of the English game going ahead with the new breakaway competition.

Earlier @OliverDowden and I met with representatives from the @FA, @PremierLeague and football fan groups to discuss action against the proposed European Super League.

No action is off the table and we are exploring every possibility to ensure these proposals are stopped. pic.twitter.com/QZMGRnXDcF

Johnson told the virtual meeting that the government could “drop a legislative bomb” to prevent the proposal going ahead as planned, sources said.

“No action is off the table and we are exploring every possibility to ensure these proposals are stopped,” he said after the meeting.

After a snap poll revealed that 79 per cent of football fans opposed the Super League – including 76 per cent of supporters of the Big Six – Johnson’s strong reaction has reignited a debate about one of his most divisive political characteristics: his understanding of public opinion, and how to act on it.

One of the ‘big six’ English clubs is reportedly considering withdrawing from the European Super League after backlash from their own fans.

We found yesterday that 79% of football fans overall opposed the league, including 76% of fans of the big sixhttps://t.co/XkIRsJuM31 pic.twitter.com/231EDSYCTN

“Well, I think that you have to see Boris as a career map,” the ex-Tory leader said. “He works it out, he decides which way the wind is blowing, and that wonderful phrase about a politician – a man who waits to see the way the crowd is running and then dashes in front and says, ‘Follow me’.”

Whereas for issues like the Super League and – to an extent – Brexit, that quality is undoubtedly a political asset, it has also proven a weakness when it comes to battling the coronavirus pandemic – where Johnson’s ‘wait and see’ approach has proved deadly.

Michael Heseltine: "[Boris Johnson] waits to see the way the crowd is running, and then dashes in front and says 'follow me'"#BorisLiedBritonsDied @LBC #bbcpm pic.twitter.com/iJBli41T3u

Related: Pep: ‘It is not sport if success is guaranteed or it doesn’t matter if you lose’