The latest addition to The Ivy Collection is a dysfunctional Pan-Asian project. 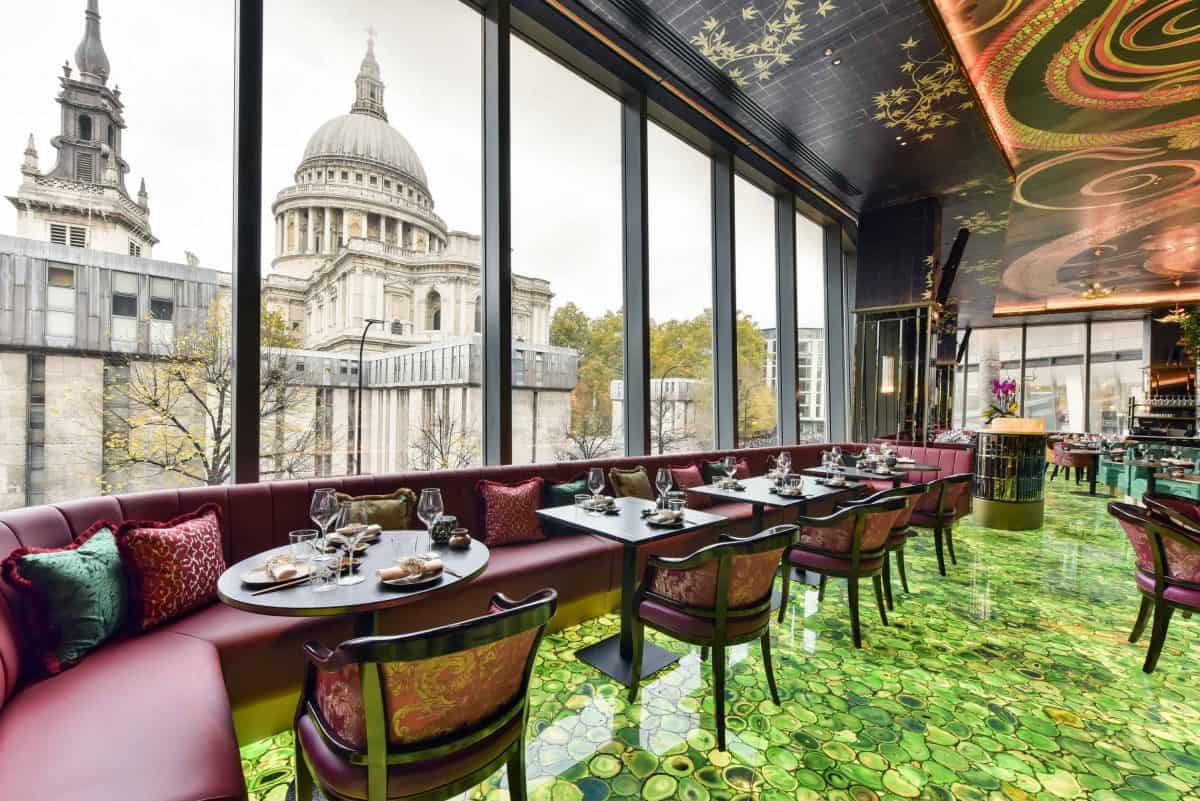 When Gordon Ramsay announced plans to open Lucky Cat, initially billed as a “vibrant Asian eating house”, there was a strong divide in opinion. Best known for his pantomime villain personality – hurling abuse at young chefs and dramatically shutting down entire kitchens, mid service, on national television – the Scottish chef’s narrow view of Asia was met with some scepticism. On reflection, 2019 was very much a year of “dysfunctional ‘Pan-Asian’ projects from tasteless multi-millionaires and chefs who’ve probably never been east of Edenbridge”, outlined as my biggest dining grievance of last year in Eater London’s end-of-year review.

Five months later, The Ivy decided to follow suit, adding the The Ivy Asia to its constantly growing repertoire of restaurants: the original famous for its parade of comfort dishes, never ground-breaking but at least sating, at least providing guests with the opportunity to partake in a spot of celebrity hunting. Since they first opened in 1917, The Ivy brand has been spread so thin the arrival of an ‘Asian’ restaurant that champions the cooking of China, Japan, Vietnam, Thailand, Malaysia and Korea (as if it’s all the same thing) is perhaps unsurprising.

Occupying the huge site formerly home to Jamie Oliver’s original Barbecoa, the space has been lavishly decorated, with the floor acting as the restaurant’s key focal point: a melange of agate slices, dyed green and pieced together just so, finally illuminated like the dance-floor at Stepney’s Nightclub. Otherwise, the dining room is festooned with Samurai warriors, golden dragons emblazoned across the walls and ceilings amongst other stereotypical culture references. The gents’ toilets are festooned with floor-to-ceiling black marble, accessorised by a tasteless Samurai mannequin that looms at the urinal and stares disconcertingly.

Overall it is redolent of the Brighton Pavilion in both its opulence and the fact that King George IV had the inside of the Indian temple-inspired structure decorated with firm nods to China, unaware that they are in fact countries with entirely different cultures. Sure, The Ivy Asia’s décor is striking, but it’s a sign of troublesome things yet to come from the kitchen.

Unconvinced by a lunch visit in November, soon after opening, I felt compelled to revisit at a later date. Hopefully the teething problems would have been ironed out. Besides, how could the restaurant group responsible for that shepherd’s pie and such fanfare resort to this? It must have been an off day? I was sure.

A recent dinner began with a Japanese whisky-based cocktail overwhelmed by smoke and saccharine tonka bean, followed by a dish of soft shell crab that had been deep-fried in oil yet to reach its optimum heat, thus greasy and tinged with residual grease, accompanied by a wishy-washy nước chấm (£12.50). Elsewhere, there’s a lot to be said about the fact that the burrata was the best thing eaten across the space of two visits (£10.50). A dish that’s not remotely synonymous with “Asia” as a lazy umbrella term. Here, the cheese’s mild flavour was complemented by some dehydrated cabbage leaves harbouring a quiet whisper of kimchi and a heap of mint and coriander.

From the menu’s bao buns and dumplings heading, steamed prawn dumplings were cooked to the point of submission, filled with mealy, overcooked prawn, and served in a bath of miso foam that tasted akin to a mouthful of hot sick (£7.50). Also garnished with mint and coriander: a recurring theme. “Black truffle, prawn and pork dumplings, gold” read like a beacon of bad taste and lived up to expectations (£10.75). Jet-black wrappers were thick with the texture of Play-Doh, disarmingly sweet and stuffed with more overcooked prawn (the pork was subtle and trace, at best), showered with edible gold leaf (why?) and black truffle shavings. Better was a bao bun filled with a slab of breaded tofu masquerading as a chicken cutlet (£6.95). The bao bun was well-prepared, the cooking of the tofu fine, and the textural interplay commendable, yet the depth of flavour was virtually non-existent, crying out for some seasoning.

A tranche of Thai sea bass was equally bland, though the cooking was adequate (£18.95). Ultimately raising the question of “why?” and “who, exactly, is this for?” An additional side of “kimchi fried rice” also lacked flavour, tasting as though warmed through and served from a packet, rescued from the “low salt” aisle. (£4.95) Cubes of pork belly were marginally better, also cooked with a clear level of competency yet served lukewarm and accompanied by an ‘Asian barbecue sauce’ without the slightest relation to any of the continent’s 48 countries (£14.95). At this point I’m compelled to congratulate the kitchen on their innate ability to take such promising ingredients and completely strip them of any taste.

To finish, the ‘Green Lantern’ comprised a serviceable scoop of rose champagne ice cream alongside a glass of champagne jelly in which spheres of bitter minted melon lull, texturally evoking roasted lamb’s eyes when eaten altogether (£8.95). The glass was crowned with a lattice of brittle, lurid green sugar work that looked relatively impressive against the tray designed to mimic the floor and the glass’s green bulb that twinkled as though plucked from the Wizard of Oz set. It’s as though I’m transported to Emerald City, but I can’t decide whether to wish for courage, or to go home.