Kutir - the first solo project from Rohit Ghai and Abhi Sangwan - has the potential to become London's next go-to dining destination. 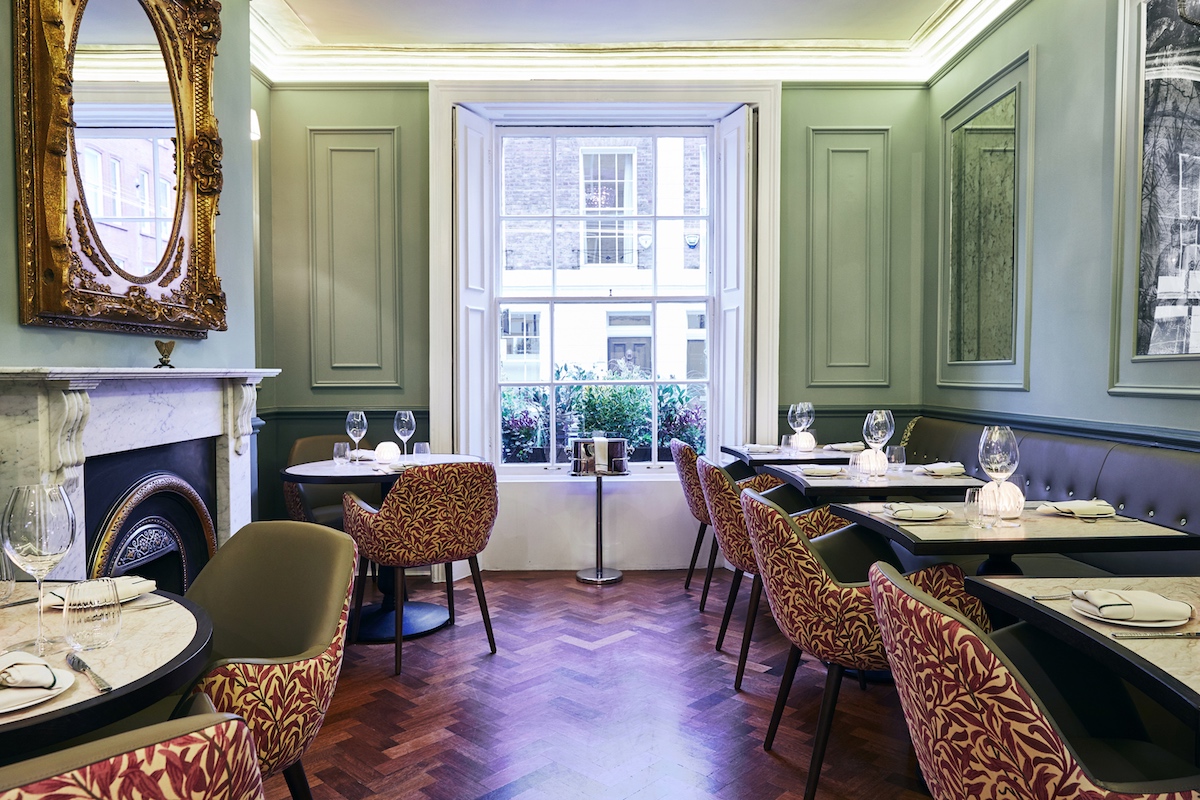 With the unveiling of the UK & Ireland Michelin Guide at the end of 2017, Vineet Bhatia London was awarded a Michelin star. One week later, the restaurant announced that it would close its doors, without explanation, disappearing with a number of unpaid bills in its wake.

A late contender for one of last year’s best openings, Kutir (meaning ‘cottage’ in Sanskrit) occupies a Georgian townhouse near Sloane Square, accessible by ringing the door bell. Inside, the space is well-kept and touched with undiluted glamour. The front room, for instance, has space for just a handful of diners, flooded with natural light during the day. As is the case with the menu here, the interior design also takes influence from hunting expeditions in the Indian countryside. Expensive wallpaper features Bengal tigers and other wild animals, plus various foliage. Light pistachio walls are complemented by plush leather seating and white marble table tops. Though much expense has clearly gone into the décor at Kutir, the space is surprisingly comfortable, unlike the restaurant’s previous incarnation. While the main dining room is decidedly modern, service is prim and proper, as is perhaps expected from such a high-end opening.

London is already home to a remarkable, constantly expanding, Indian fine dining scene yet Kutir’s menu renders the operation a welcome addition. Alongside an a la carte menu, three ‘Expeditions’ tasting menus highlight a number of signature dishes such as quail naan with truffle, or guinea fowl biryani; plus a set menu which boasts tremendously good value (£20 two courses, £25 three courses), available at lunch and for early dinner. During a recent lunch visit, the set menu offered a generous selection of five starters and five mains, followed by two desserts.

A selection of papadums – superlative rather than perfunctory – were followed by a noteworthy vegetarian starter of aloo tikki with honey yoghurt, a street food staple. Two small crispy potato cakes were stable, yet not overworked, gently spiced and lavished with sweet, honeyed yoghurt, sweeter tamarind chutney and tart pomegranate seeds acting as a palate cleanser to offset the yoghurt. Better still was a simple dish of chicken served on a bed of firm lentils, cooked in the tandoori oven and cloaked with a pleasingly bitter char which harmonised with the subtle spicing. On the side, a dollop of fierce garlic pickle lent further discretionary spice. Remarkably paired with a glass of German Paulinshof Riesling.

Chicken featured again in a main dish: a refined riff on murgh makhani, better known as butter chicken in the UK. Harbouring well-cooked chicken breast, the decadent sauce was rampant with fresh fenugreek, butter and a whisper of Kashmiri chilli. A bona fide classic, simple but well executed. A side of smokey Kutir kali dal, however, was considerably less exciting in comparison.

Junglee Maas, on the other hand, provided lunch’s overall highlight. Hunks of slow-cooked venison bathed in a claret sauce enriched by a little fat rendering into the tomato base. With substantial spicing harmonising the deer’s inherent gaminess, the dish was served with ripped bread for soaking up surplus sauce. (Nonetheless, even without bread, I’d happily have scraped every last drop with a spoon). This dish demands to be ordered and washed down with a glass of the Domaine Joel Delaunay Gamay: one of the wine list’s lightest, least tannic and less expensive reds available by the glass.

Bhappa doi, a Bengali classic, had texture similar to panna cotta although made without gelatine. The steamed yoghurt pudding was also tooth-achingly sweet; sickly almost, though the addition of rosemary was inspired. Prettily presented, the dessert was garnished with honeycomb shards and black cherry. Alternatively, a selection of kulfi was available, with flavours including typical pistachio and paan, a combination of betel leaf and areca nut: each were well made but neither managed to set the world on fire.

With Rohit Ghai’s often outstanding cooking paired with the warm space and service, Kutir has the foundations to become London’s next go-to dining destination, ranked alongside the city’s established titans of Indian fine dining.

Kutir can be found at 10 Lincoln Street, London, SW3 2TS.