Amorously known as ‘ladies’ finger’, you may be forgiven for believing that okra’s pet namesake is derived from a squalid woman who’d been rummaging around in the dirt of the vegetable patch – on discovering okra – in desperate search of something less assiduously unpleasant. I, for one, loathe okra. It’s less a matter of […] 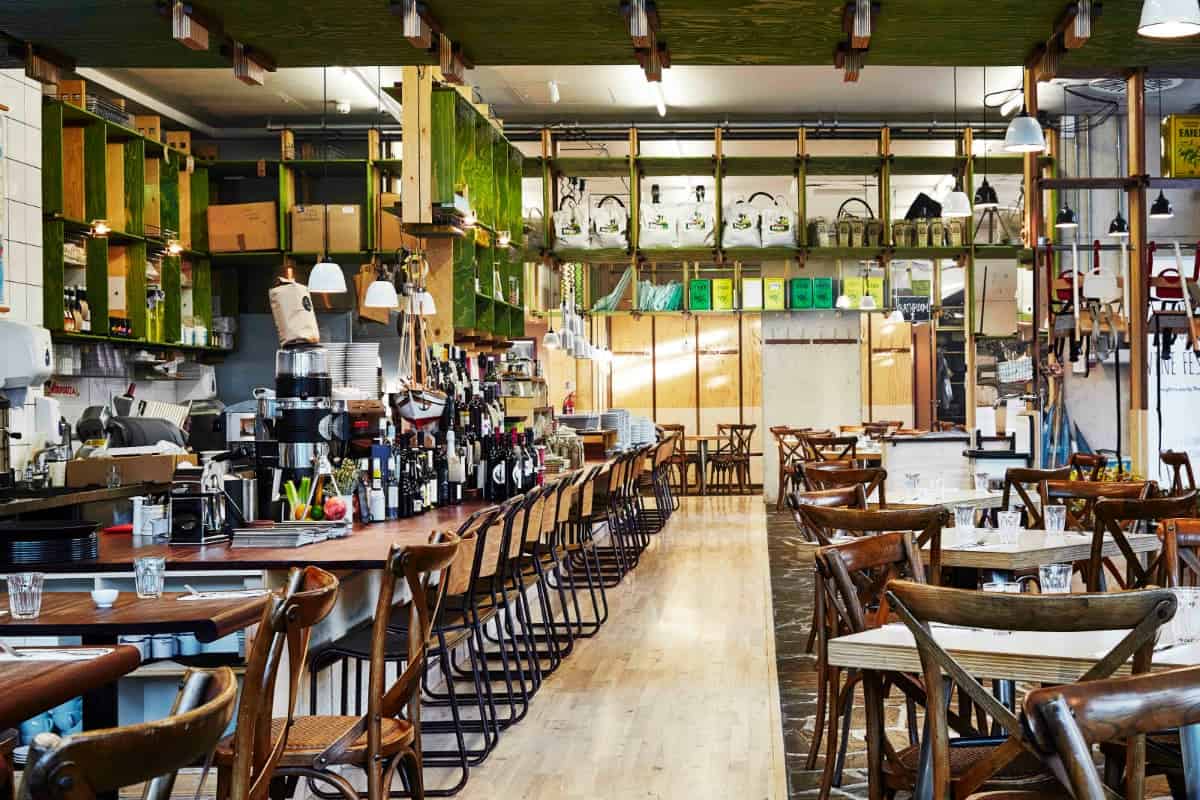 Amorously known as ‘ladies’ finger’, you may be forgiven for believing that okra’s pet namesake is derived from a squalid woman who’d been rummaging around in the dirt of the vegetable patch – on discovering okra – in desperate search of something less assiduously unpleasant.

I, for one, loathe okra. It’s less a matter of taste (which is has very little) but of emetic texture. When I recently voiced such angst on Twitter, the responses that followed were surprisingly less hate-fuelled than the norm, but in fact quite enlightening. Within less than ten minutes, at least five tweeters had shared recipe ideas hoping to showcase okra in a positive light. Methods that intend to prove that the slimy tunnels of verdant puerility, can actually be –  you know – not entirely repugnant. To be quite honest, I’ve not yet experimented with any of the given advice, and (for now, at least) am still yet to taste an exemplary approach that didn’t make me want to rip out my tongue with a pair of nail clippers and give up eating for good.

My most recent encounter with the aforementioned palate botherer transpired at The Greek Larder, just across the road from The Guardian’s headquarters near King’s Cross station. On the ground floor of the Arthouse building on the corner of York Way, The Greek Larder comes from Theodore Kyriakou – the chef behind the launch of chain restaurant The Real Greek. Here, the floor-to-ceiling windows are utilised to allow the sunshine to flare across the room, while a real, working delicatessen greets visitors by the entrance. As the name suggests, The Greek Larder is approachable and has a simple ethos, allowing ingredients to speak for themselves.

To be fair to The Greek Larder, the blame for my latest experience of okra does not lie solely with the restaurant. Overexcited by the lamb course, I jumped the gun and ordered the without considering what might accompany it. It’s not the kitchen’s fault that I abhor okra, but it is their fault for cooking it – with tomatoes – to the point of submissive gunk. The kitchen is also to blame for completely overcooking the lamb leg steak, almost to the point of inedibility. Because let’s be honest, anything that needs to be chewed for more than four minutes doesn’t deserve to be swallowed. 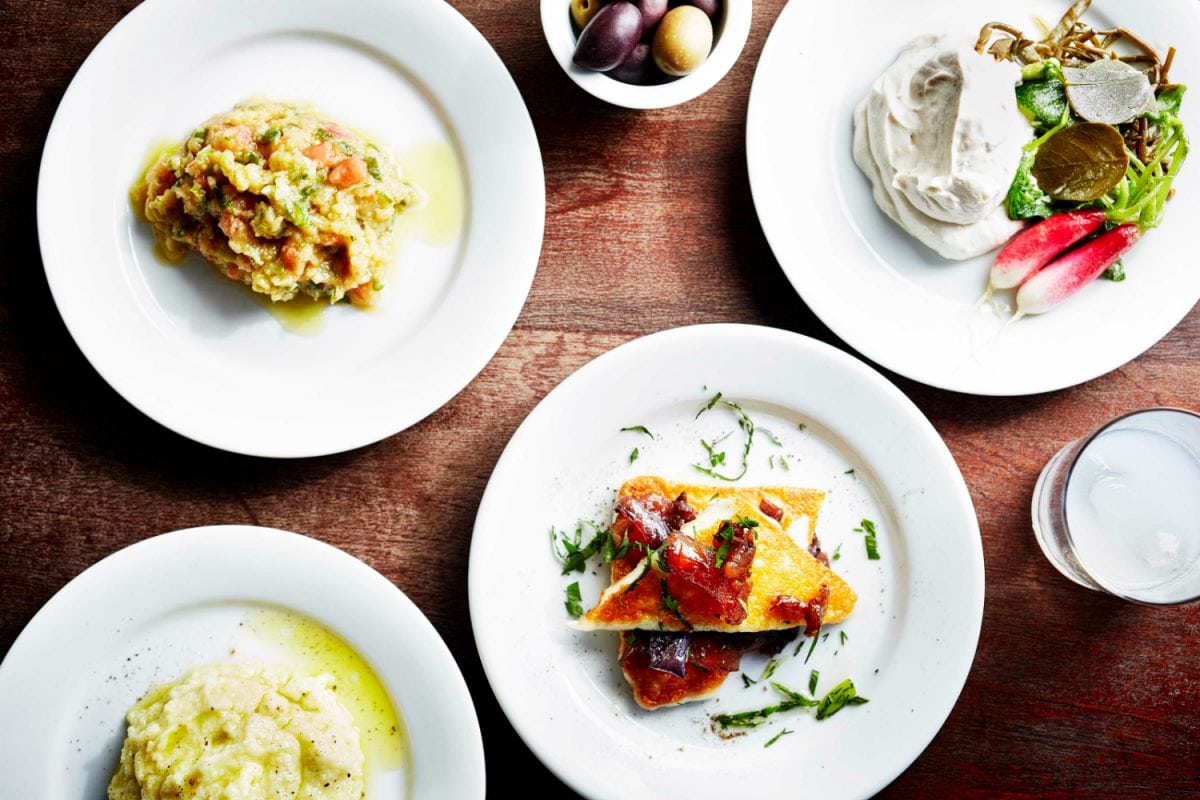 Disappointed at the need to be so punitive, I’m happy to admit that the rest of the meal was mostly brilliant. The mezze section at The Greek Larder is the main draw. First from a cornucopia of Mediterranean delights, two grilled sardines arrived seductively sprawled across a door wedge of grilled toast with sweet, vine-ripened cherry tomatoes and soupçon of creamy Galotiri cheese with just enough lacticity to cut through the bold flavours of sardine and tomato. Hunks of octopus’ tentacle were properly cooked and served cold with ribbons of fennel, tahini and lemon sauce and chickpeas – lending textural contrast to the soft octopus. Small fronds of Greek basil were employed, too, imparting a delicious sweetness to complement the octopus and sour capers.

A mousse of brown crab cooked with Nectar (a sweet wine), combined with fava beans also had a pertinently delicious flavour, while the mousse’s silky texture was contrasted with a parade of white crab meat and tomato relish, met with ambrosial zing of lemon. The dolmadakia served at The Greek Larder, no less, was the best thing tasted. Four plump packages of rice, raisins and pine nut were wrapped in softened vine leaves and topped, somewhat unorthodoxly, with slivers of delicate smoked eel that charmingly matched the filling, clad with a dribble of extra virgin olive oil. Another main course, Kolokithopia (a pie of marrow, feta cheese and mint, wrapped in brittle filo pastry) delivered a profusion of fresh, revitalising flavours.

To complete dinner, The Greek Larder provides a rare chance to indulge in deliciously insalubrious, syrupy pastry puddings. Here, the wine list also deserves an honourable mention. Each Tuesday, all of the restaurant’s wines are available at retail price, with exceptional aromatic wines such as a remarkable Assyrtiko, Vassaltis from Santorini, priced at a reasonably £27 instead of the usual £57 mark up. A fine neighbourhood space, The Greek Larder’s mezze offering is both reasonably priced and generally very enjoyable.

The Greek Larder can be found at ArtHouse, 1 York Way, Kings Cross, London, N1C 4AS.