A teacher has been fired after being caught on CCTV slapping a pupil 40 TIMES in the face – because he failed to answer the register. Disturbing footage shows Ritesh Gupta, eight, weeping as teacher Retica V John hands out the brutal punishment in front of his stunned classmates. She struck him up to […]

by Clair Hart
in Education 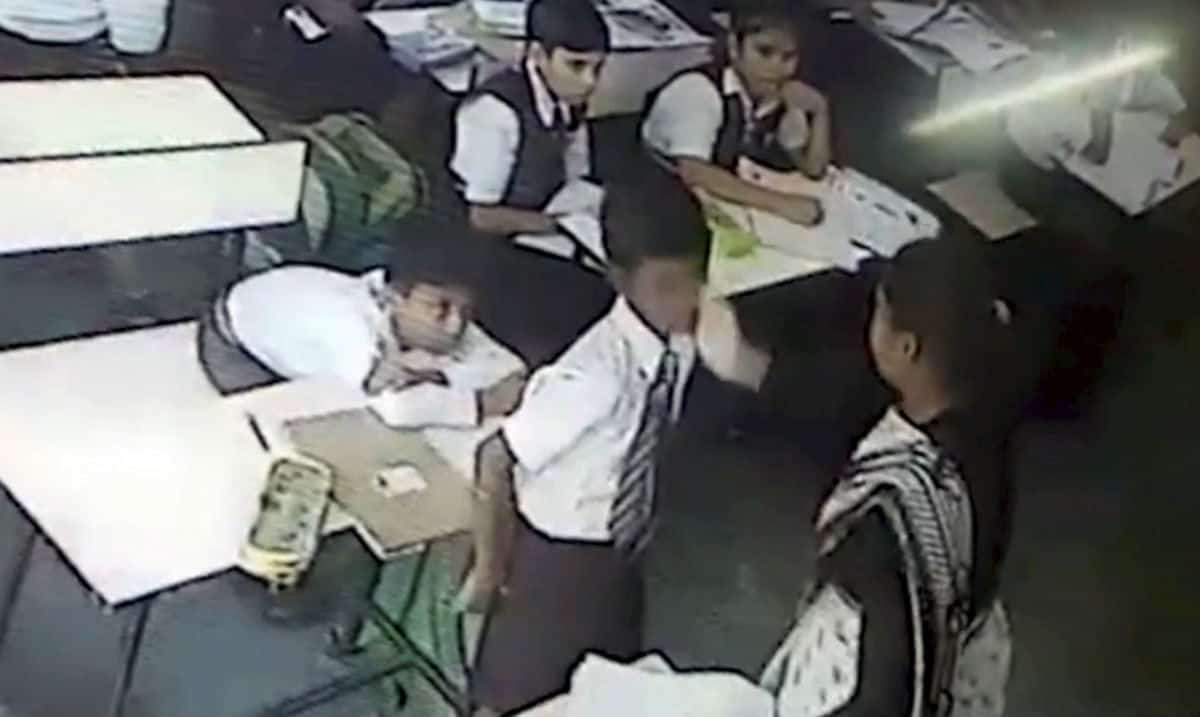 A teacher has been fired after being caught on CCTV slapping a pupil 40 TIMES in the face – because he failed to answer the register.

She struck him up to 40 times in just two minutes before dragging him towards a blackboard and hitting his head against it.

The attack at St. John Vianney School in Lucknow, northern India, was apparently triggered by Ritesh failing to answer his name during roll call.

His father Pravendra Gupta raised the alarm when he arrived home from the private school with red cheeks.

He approached school principal Ronald Rodriguez, who fired Retica after reviewing CCTV footage of the classroom despite her appeals to reconsider.