A sister restaurant to the Harts Group's celebrated El Pastor. 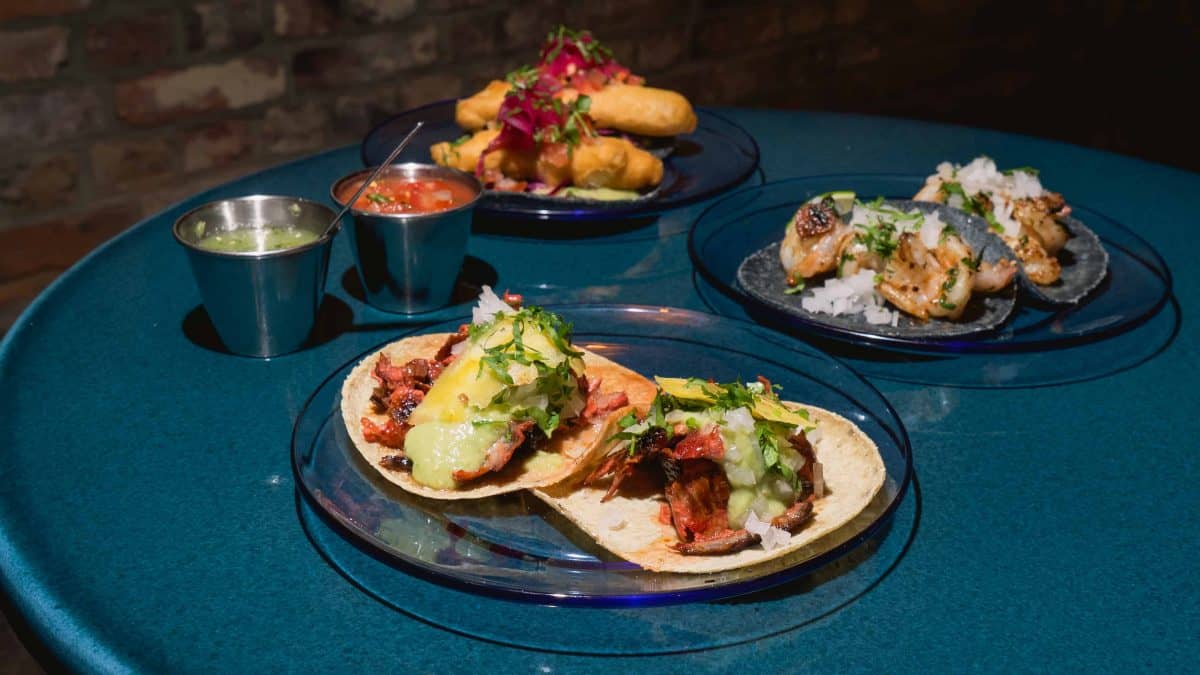 Until relatively recently, London’s ‘Mexican’ restaurant landscape was generally recognised through the dominant, underwhelming restaurants doing terrible things to even worse ingredients, pretending to, at least, have some semblance to American ‘Tex-Mex’.

Fortunately, most of these offenders have since closed or have been discarded in favour of London’s constantly growing selection of genuinely excellent restaurants and – as a result – London’s Mexican food scene is absolutely booming. Particular highlights include Santo Remedio on Tooley Street, Breddos Tacos, El Pastor and Casa Pastor. Following the success of the Hart Brothers’ El Pastor in Borough Market, Casa Pastor is one of the group’s five restaurants at Coal Drops Yard, joining the likes of Barrafina, The Drop, Parrillan and Plaza Pastor – an adjoining, semi-al fresco site with a slightly different menu.

Near King’s Cross station and Granary Square, the Heatherwick Studio-designed shopping and restaurant district opened last autumn. Originally established in 1850, to handle to eight million tonnes of coal delivered to the capital each year, Coal Drops Yard’s most recent redevelopment sees a parade of Victorian buildings and arches reimagined to home various enterprises. Located in canal-side arches fronting on to cobbled courtyards within the original ‘coal drops’ themselves, restaurants and bars include the likes of Coal Office, Vermuteria and hicce, alongside the Harts restaurants.

Inside, the restaurant is spacious and festooned with Mexican murals and patterned tiles which join the building’s exposed Victorian brickwork and arched windows. A marble mezcaleria bar is a key focal point, while the upstairs mezzanine level has been specifically designed to evoke the motels and apartment buildings of Mexico City. Overall it’s a fun, welcoming space aided by friendly staff. Outside, Plaza Pastor is a semi-detached operation. While some of the menu’s dishes are shared, each restaurant has its own specialities. Plaza Pastor has a particular focus on tortas and rotisserie chicken, while Casa Pastor has a stronger focus on tacos, tostadas and quesadillas.

With a larger menu than Plaza Pastor and El Pastor, Casa Pastor’s Mexico City-inspired tostadas, tacos and quesadillas use tortillas made in-house daily, utilising heritage Mexican corn. Additionally, the menu also features a selection of larger ‘sharing plates’, such as the more-ish beef short rib that’s rubbed with a mix of chipotle and muscovado sugar, slow-cooked and served with salsa and pickled red onions. Alongside the food, mezcal is prominently showcased here, with a strong list including the restaurant’s own El Pastor mezcal.

As for the food, tacos are the kitchen’s main forte, served in portions of two. The restaurant’s signature taco, named after a Mexico City favourite, ‘Al Pastor’ (£6.75), featuring pork shoulder that’s marinated and grilled on the revolving ‘trompo’ until the meat is caramelised and crispy, then carved off and served on a soft corn tortilla with guacamole taquero, coriander and hunks of caramelised pineapple which add plenty of additional depth. Even better are the Baja fish tacos (£8.50), with hunks of meaty sea bass cloaked with Corona batter, deep fried, heavily seasoned and escorted by a smear of pico de gallo and shredded cabbage with soaks up some of the fish’s residual oil.

Mojo de ajo prawns (£8.50), on the other hand, are rampant with garlic and further bolstered by some chilli and a squeeze of lime. Wrapped in Oaxacan queso cheese and fried, the mushroom tacos (£6.50) are a strand of vegetarian comfort food at its finest, with some caramelised onion adding to the insalubriousness while roasted pumpkin seeds bring both textural contrast and welcome seasoning. On the side, a selection of house-made salsas also bring additional merit to each of the tacos, including mild ‘Mexicana’ with tomato, onion, lime and a whisper of jalapeño; ‘La Maya’ with pineapple and habanero; and fierce ‘El Diablo’, described as ‘wild’, “using only the hottest chillies on the planet”.

Elsewhere, bitesized tostadas are capped with a range of toppings, including cubes of raw tuna embellished with avocado, chile de arbol salsa and sesame seeds (£10.50); while the quesadilla EP (£5.50) comprises a simple yet effective combination of salsa roja and more of that Oaxacan cheese, sandwiched in a blue corn tortilla. Side dishes are also worth noting, in their own right. Frijoles charros (£5.50) is a glorious marriage of slow-cooked pinto beans with smoked chorizo and smoked pork belly, amplified by a touch of molasses and jalapeño, while the cebollitas (charred spring onions) are remarkably simple but are an appealing vegetable side dish, garnished with lime wedges (£4.50).

To finish, corn cake (£5.50) is another highlight rather than a mere afterthought. A cross between cornbread and sponge cake, the cake has a tight crumb but remains deliciously succulent, crowned with a scoop of exemplary roasted corn ice cream. Another addition to London’s canon of exciting Mexican restaurants.