Ann Widdecombe, the former Tory MP now standing for the Brexit Party in Plymouth Sutton and Devonport, said she was offered a role in the Brexit negotiations if she was prepared to stand aside. 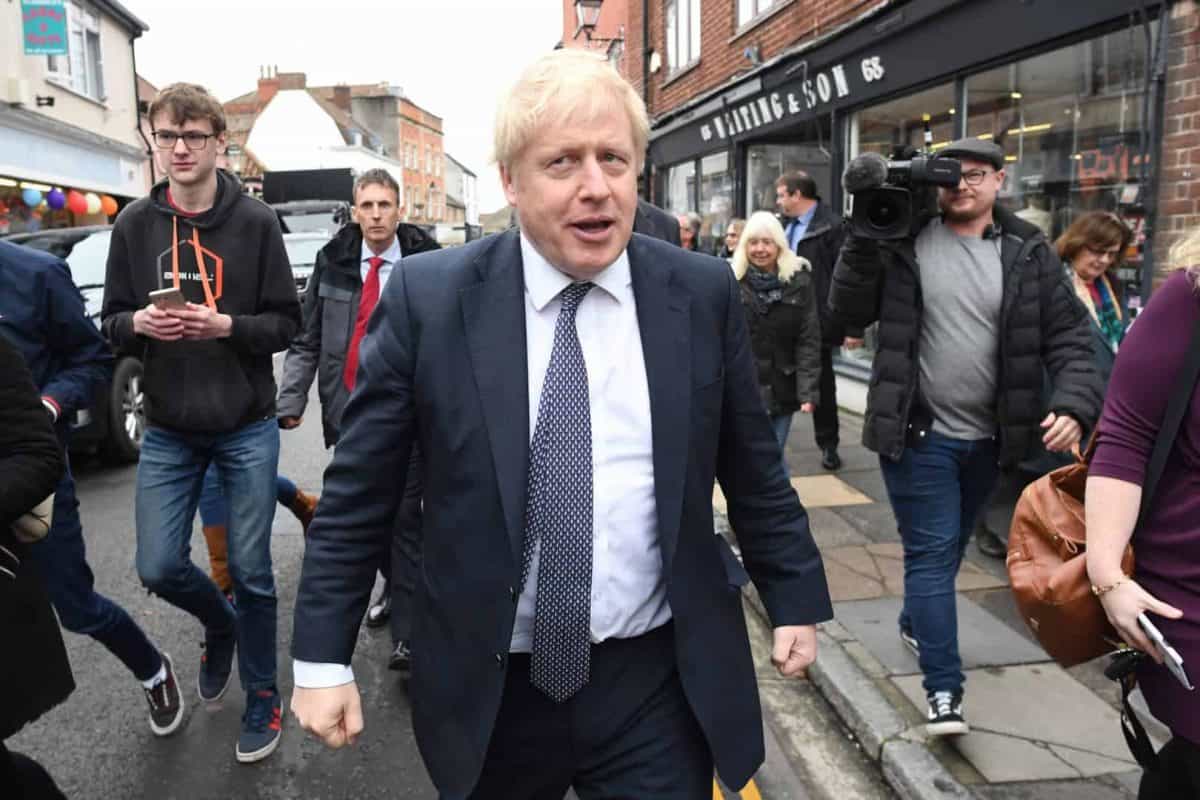 Boris Johnson had booked an interview on BBC Radio 5 Live as the scandal broke.

The Conservative Party leader dismissed as “nonsense” claims that the Conservatives offered peerages to senior Brexit Party figures in a bid to get them to stand aside in the General Election.

Nigel Farage has claimed he had repeatedly been offered a seat in the House of Lords in an attempt to persuade him to “go quietly”.

He said that, when that failed, people working “deep inside Number 10” had tried to bypass him, going directly to senior Brexit Party figures and suggesting eight of them could be made peers if they could persuade him to withdraw more of his candidates.

Farage said the alleged move by the Tories was “bordering on corruption”, suggesting that it came from people “who work deep inside Number 10 Downing Street”, rather than from the Prime Minister.

Candidates say they were bombarded by phone calls from the Conservative Campaign Headquarters (CCHQ) and pressured to withdraw at the last moment so they wouldn’t contest seats.

The Conservative Party denied the claims, insisting that no jobs or peerages have been offered to the Brexit Party.

Shortly after the General Election candidate nominations deadline of 4pm passed, Mr Farage tweeted: “Even Boris Johnson’s Chief Strategic Adviser Sir Edward Lister is calling our candidates and offering them jobs if they withdraw. The system is corrupt and broken.”

Asked during a BBC Radio 5 Live phone-in about the claims, the Prime Minister acknowledged that there may have been “conversations” between senior Tories and people in the Brexit Party.

However, he flatly denied there had been any offers of peerages, saying that was “just not the way we operate”.

“What is this nonsense?” he said. “I am sure that there are conversations that take place between politicians of all parties. Certainly nobody has been offered a peerage, I can tell you that.

“The Conservative Party doesn’t do deals of this kind. It is just not the way we operate. We don’t do deals, I think that will be pretty obvious from what has happened. We have made no undertakings.”

The row came amid claims from Brexit Party candidates that pressure had been put on them with phone calls from the Conservative Party on the deadline for registering to stand in the election.

The Brexit Party leader had already said they would not contest the 317 seats which the Conservatives had won in the 2017 election.

However senior Tories warned that he was risking the chance of a pro-Brexit majority in the next parliament by continuing to run candidates in key marginals which the Conservatives are aiming to take from Labour.

Suspicions that individual Brexit Party candidates were coming under pressure to stand aside were heightened after the prospective candidate for Dudley North announced he would not be running.

Rupert Lowe, a Brexit Party MEP and former chairman of Southampton FC, revealed his decision as nominations were closing – meaning it was too late for the party to put forward an alternative.

In a video posted on Twitter, Mr Farage said there had been “a concerted attempt from people who work deep inside Number 10 Downing Street” to ensure the Brexit Party did not field candidates in seats the Tories were targeting.

“They bypassed me and went to other senior figures in the Brexit Party, suggesting that eight of them could go into the House of Lords, and all they had to do was come to Nigel and convince him to stand down in a whole load more marginal seats.

“As you can imagine, I said I do not want, and I will never have, anything to do with this kind of behaviour.”

Widdecombe offered Brexit negotiating role to stand down as candidate

Ann Widdecombe, the former Tory MP now standing for the Brexit Party in Plymouth Sutton and Devonport, said she was offered a role in the Brexit negotiations if she was prepared to stand aside.

“I was rung up twice by somebody at No 10. The first time it was really about how I had a moral obligation to stand down. It was all that kind of stuff,” she told the BBC’s Victoria Derbyshire programme.

“The second time it was to say that if I did stand down, I would be offered ‘a role in the negotiations’.

“I have no idea what that means, because I immediately said that I had played no role in the Tory Party for a large number of years. I couldn’t now be flattered and buttered up and promised things.”

Ms Widdecombe declined to say who she had spoken to, although she said it was not Mr Johnson or his senior advisers Dominic Cummings and Sir Edward Lister.

Interfering on an industrial scale

Last night on BBC Question Time, Conservative Party chairman James Cleverly squirmed as the Brexit Party’s Alexandra Phillips said “it has been interfering on an industrial scale” and accused the Tories of “acting like feudal overlords,” asking “what are they afraid of?”

“Loads of people in the Conservative Party have been phoning people in my party, begging them to stand down,” she insisted, as James Cleverly tried his best to downplay the scandal, repeating that there is no formal electoral deal between the two parties.

“It’s not right when a party with power that has been in government is using that by offering titbits and promises or lord knows what else to try and make sure there is no competition,” she added, saying it “should not happen in a 21st Century democracy.”

And when put on the spot, James Cleverly refused to deny her assertions, instead repeatedly insisting there was no formal pact with Nigel Farage.