What’s in a restaurant name, and does it really matter in this day and age? At the time of writing, London is home to more than 39,000 restaurants, so it’s perhaps unsurprising that so many struggle to conjure an appropriate title. Last year, Flavour Bastard managed to ruffle feathers with its opening in Soho, largely […] 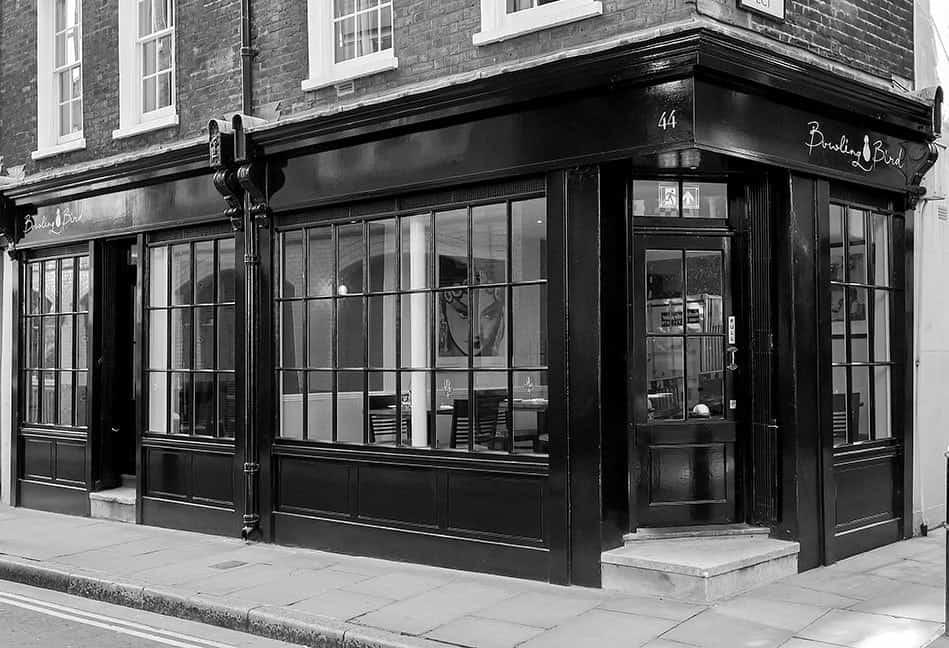 What’s in a restaurant name, and does it really matter in this day and age?

At the time of writing, London is home to more than 39,000 restaurants, so it’s perhaps unsurprising that so many struggle to conjure an appropriate title. Last year, Flavour Bastard managed to ruffle feathers with its opening in Soho, largely condemned for its name and boundary pushing fusion food. Along with now renamed Pussey Liquor and Sexy Fish, the respective restaurateurs appear to have been taking a cigarette break while the best (read: sensible) restaurant names were being drafted.

A torrent of restaurants has also opened in recent years, somewhat arrogantly settling on their addresses in place of a title, unbothered to think of an actual name: 45 Jermyn St, Launceston Place, Elystan Street. Bowling Bird, on the other hand, promises absolutely no bowling – a slight relief, given my tendency to haunt the gutter with Barney Gumble regularity. Instead, the restaurant focuses on seasonal cooking from a space between Smithfield Meat Market and Club Gascon.

Founded by co-owners John King and Joseph Pelosi, Bowling Bird opened last year. During a recent dinner visit, both owners were on hand, omnipresent within the restaurant. John King commands front-of-house, formerly General Manager at Goodman City, while Glaswegian Joseph Pelosi treads the floor, greeting dinners and suggesting wine pairings, dressed in immaculately clean chef’s whites. The pair are joined by Head Chef Emiliano Gallegos, having previously worked in the kitchen of La Pulperia – an Argentinian steakhouse in Paris. Having moved to London to launch a wine wholesale business, Pelosi’s experience is felt with the bulky list of 250 wines, covering main wine producing provinces alongside examples from more unusual regions such as Hungary, Switzerland, Slovakia and Czech Republic. A selection of 25 beers from a dozen countries are also available.

Service is welcoming and homely, as is the cosy venue with space for just 36 covers. The constantly changing menu at Bowling Bird has prominent focus on utilising vegetables, fruit, nuts and seeds from organic sources; with the cooking free from exclusive geographical identity. Dinner begins with two bite-sized blue corn tostadas (£5.50), like withered seven-inch singles, embellished with morsels of gently-spiced chicken, spinach puree, a whisper of hibiscus, charred sweetcorn and slivers of radish to restore harmony in this melange of bold, expertly matched flavours. A starter of chargrilled octopus and beetroot (£13) is another well-balanced offering. Slices of octopus are cooked properly: meaty with some ever-so-delicate sweetness bolstered by hunks of beetroot and a daub of beetroot puree. More radish and raw spinach leaves add crunch while alfalfa sprouts look pretty but fail to deliver substance.

Various mains are served, yet none come as heavily recommended as the Cote de Boeuf (a sizeable steak cut from the cow’s rib section). At 650 grams, the steak isn’t cheap at approximately £2.25 per ounce, but the quality is sensational, as is the cooking. To order a steak outside a dedicated steakhouse is, often, an exercise in futility; but Bowling Bird is a striking exception. Showered with rock salt, the steak has a deep bark rampant with heavy char and well-aged fat which harbours egg-like flavour, melting like butter under the circumstances of superlative cooking. Simply served with roasted shallots, the Cote de Boeuf is an archetypal model of the unfussy, produce-focussed cooking served at Bowling Bird.