One year after originally visiting, Launceston Place (D&D’s restaurant on the Kensington street of the same name) has changed immeasurably. Previously, Chef Raphael Francois’s menu promised so much, but failed to constantly deliver. Yes, the skill was there, but the chef’s passion for cooking, if any, wasn’t presented in the dining room. When last year’s Michelin […] 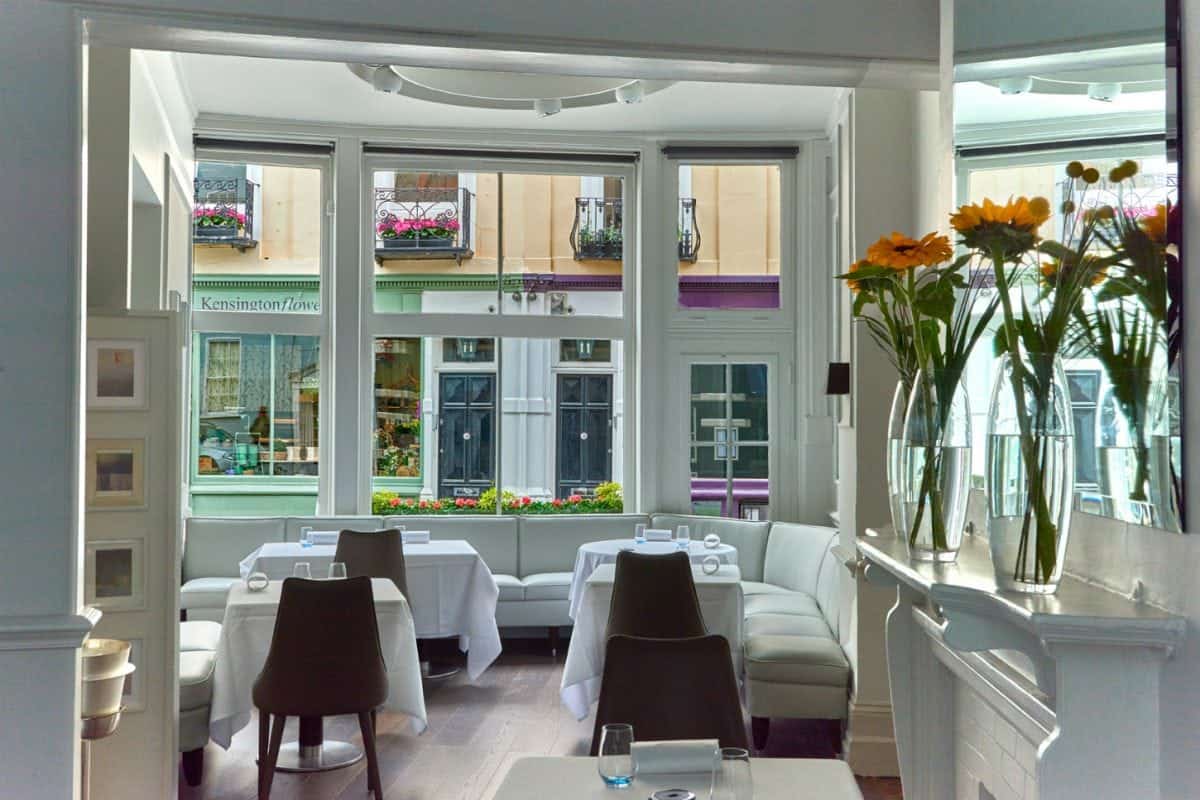 One year after originally visiting, Launceston Place (D&D’s restaurant on the Kensington street of the same name) has changed immeasurably.

Previously, Chef Raphael Francois’s menu promised so much, but failed to constantly deliver. Yes, the skill was there, but the chef’s passion for cooking, if any, wasn’t presented in the dining room. When last year’s Michelin Guide was published, the restaurant even lost its Michelin star. Now, the first thing noticeable upon entering is the refreshing change of décor. Previously dark and unwelcoming, the prison grey paintwork and mocha leather seating has been retouched with a light ‘French Grey’. The impeccable service has, opportunely, remained.

Most importantly, the kitchen is now managed by Chef Ben Murphy, having previously worked with Pierre Koffman, before opening his own restaurant – The Woodford in (you guessed it) South Woodford. On the former site of nightclub Funky Mojoe, the restaurant is now closed, having served mostly exceptional food (even the late AA Gill awarded the food five-stars in his review) with an occasionally playful twist on fine dining. Yet it all seemed mismatched and ultimately wasted on the stereotypical The Only Way Is Essex crowd. I’d put money on The Woodford having sold more Grey Goose vodka than anything else on the menu.

At Launceston Place, Ben Murphy’s cooking provides a youthful breath of fresh air. Each dish on the menu is accompanied by a corresponding Emoji that still makes me wince, and even the pork dish is a lurid shade of on-trend ‘Millennial pink’ (more on that later). The refined technique presented at The Woodford is omnipotent here. The tasting menu is the main draw. Although expensive at £79, when compared with £60 for three-courses on the a la carte menu, it’s impossible to resist. Beware though, the enchanted experience comes with a sentence of almost four hours, with the pacing between courses sometimes unnecessarily elongated. The wine pairings (an additional £64) are also worth mentioning, devised by expert Sommelier Piotr Pietras – part of the furniture at Launceston Place.

A round of canapés are followed by the first course proper – ‘Egg & Soldiers’. A nostalgic touch, reminiscent of the “Humpty Dumpty” eggs served for breakfast at my Grandparents’ house as a child, illustrated with various biro-drawn faces: the hollowed-out egg shells here are surprisingly filled with a creamy, grown-up celeriac ‘custard’. Naturally, the ‘eggs’ are served with sweet toasted brioche soldiers for dipping. Another meat and fish-free dish, two roasted carrots are simply presented atop a picturesque spiral of intense lovage sauce, working tremendously well with the heavy-handed implement of caraway, cutting through the customary quenelle of yoghurt.

‘Spelt’ is a dish that features the grain cooked like a risotto, but with a firm texture and pronounced earthy flavour. A confit quail’s egg yolk, perched on top, slices through like a warm knife through butter. An anomaly, the tasting menu’s fish dish veers too far with experimentalism. The only duff dish: as well as being overcooked, the flavour combination of fish and banana is unsettling. The additional plague of onion demonstrates promising technique, but they’re also discordant with the meaty fish and its unholy alliance with banana.

Best of all, the octopus, chorizo and ‘chicken wing’ from The Woodford has made it onto Launceston Place’s menu. The cooking of the octopus’ tentacle is without fault, accompanied by hunks of paprika-heavy chorizo and a confit chicken wing that tastes like the absolute best imaginable version of the pre-dawn delicacy. Here, however, the quality of ingredients is far too noble to rival Morleys’ four for 99p price tag. All of this is brought together by a rich, hearty consommé in place of sauce. If only the nasturtium leaves hadn’t been replaced by wedges of roasted cucumber. Iberico pork presa is another triumph. Cut from the pig’s shoulder, the meat is (bravely) cooked rare – demonstrating the chef’s boldness, as well as passion for paying true respect to a premium cut, from the most versatile animal, deserving nothing less. As a result, the pork is sensational, joined by a shard of crackling and Japanese ponzu to cut through some of the richness. The soggy aubergine, alas, is wanton in favour of the fried potatoes served on the side.

A supplementary cheese course favours both British and French cheeses. Needless to say, the privilege of sampling is an absolute necessity. Left unaccompanied with the glamorous trolley, I’d happily run off into the sunset with it, never to look back. Finally, the meal ends with a fitting flourish of nostalgia, bringing us back to the beginning in a Pulp Fiction twist of fate. The “Solero” is a refined tribute to Murphy’s favourite childhood ice lolly. Served with a lollypop stick (without a joke printed, alas) the main event has a powerful cherry coating, concealing a sweet coconut element that’s refreshing after the seven previous courses.

Ben Murphy’s cooking is the breath of fresh air that Launceston Place has been crying out for. Although expensive and time consuming, the tasting menu with its mostly brilliant cooking is a sensory experience worth relishing. At this rate, the neighbourhood Kensington restaurant might just reclaim its feted Michelin-star this year.