A recipe for the British classic. 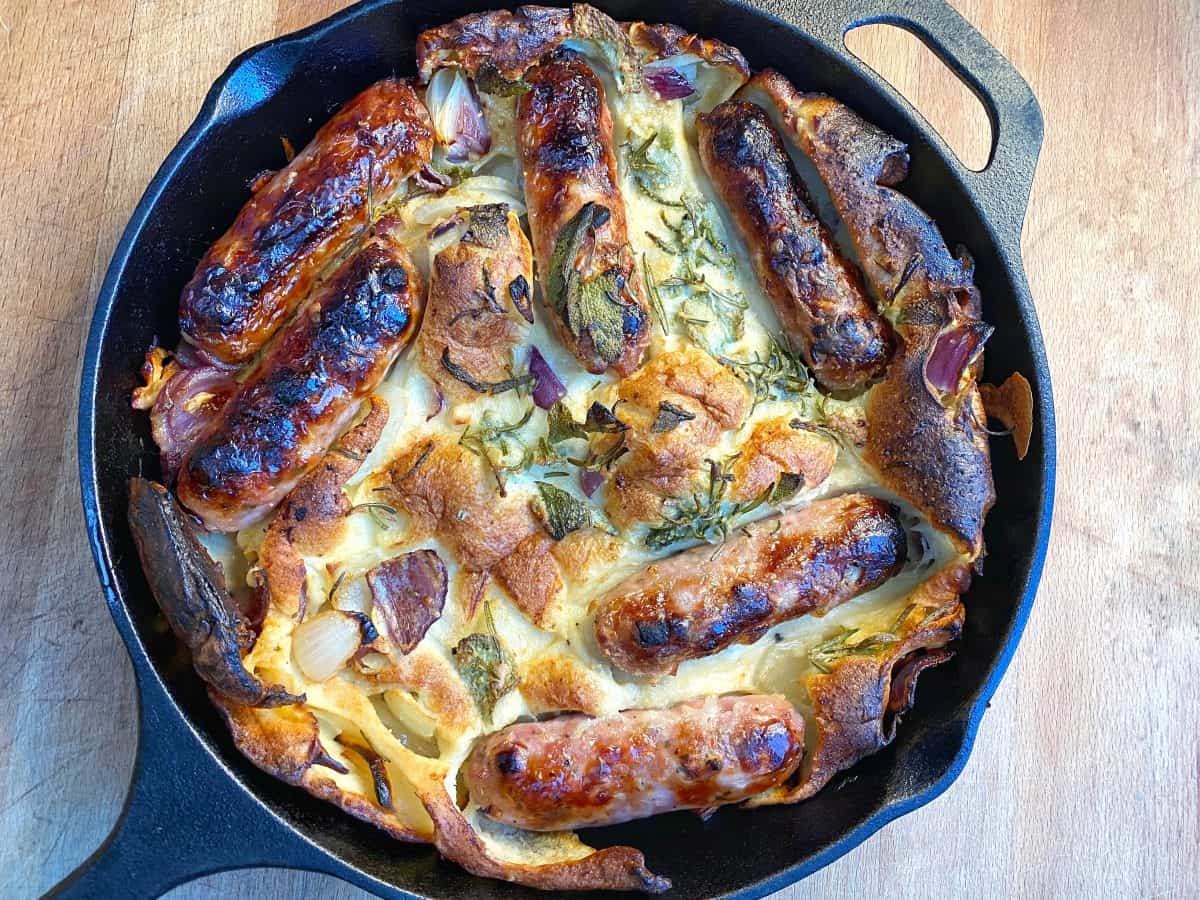 A classic British dish, the first written toad in the hole recipe dates back to the mid 18th century, with batter puddings having become popular even earlier. It’s a dish whose name does it absolutely no favours, comprising sausages cooked in a large Yorkshire pudding – arguably one of Britain’s greatest ever inventions. Originally created as a means of stretching out meat in poor households, as a repository for leftovers, northerners would typically use dripping (as this recipe does) to make the Yorkshire pudding crispier and more flavoursome, while southerners would make their batter softer (read: inferior).

In the past, toad in the hole has also been made with meats such as rump steak or lamb’s kidneys, while a 1747 recipe from Hannah Glasse’s The Art of Cookery featured a recipe for ‘pigeon in a hole’. There is no record of the dish ever being made with a toad, nonetheless, and the name’s origins remain vague. Some believe it’s attributed to the manner in which toads wait for their prey, making their heads visible above the earth, while others suggest it’s derived from the 18th century “entombed animal” phenomenon of live frogs or toads being found encased in stone. The first mention of the “hole” (besides pigeons in a hole) describes the dish as a “batter-pudding with a hole in the middle containing meat”. In most modern cases, the meat in question is sausage – though pig’s cheek is another delicious filling.

To make a perfect toad in the hole at home, the Yorkshire pudding batter is the most crucial element, ideally chilled for at least half an hour before cooking in a metal cooking vessel (I like cast iron) with dripping or oil that’s almost hot enough to deep fry. Prematurely opening the oven door is another way to guarantee a failed Yorkshire pudding. They require heat, and opening the door too early will cause your Yorkshire pudding to flop and become a thick, stodgy pancake. Browning the sausages first is also a good idea, as the batter only takes around 20 minutes to cook, which won’t be long enough for most sausages. It’s not strictly traditional, and is totally optional, but I also like to spike the batter with some sweet red onion wedges (not cut too finely, to avoid burning) and some picked woody herbs such as rosemary and sage. Serving toad in the hole with onion gravy is an absolute necessity, however. 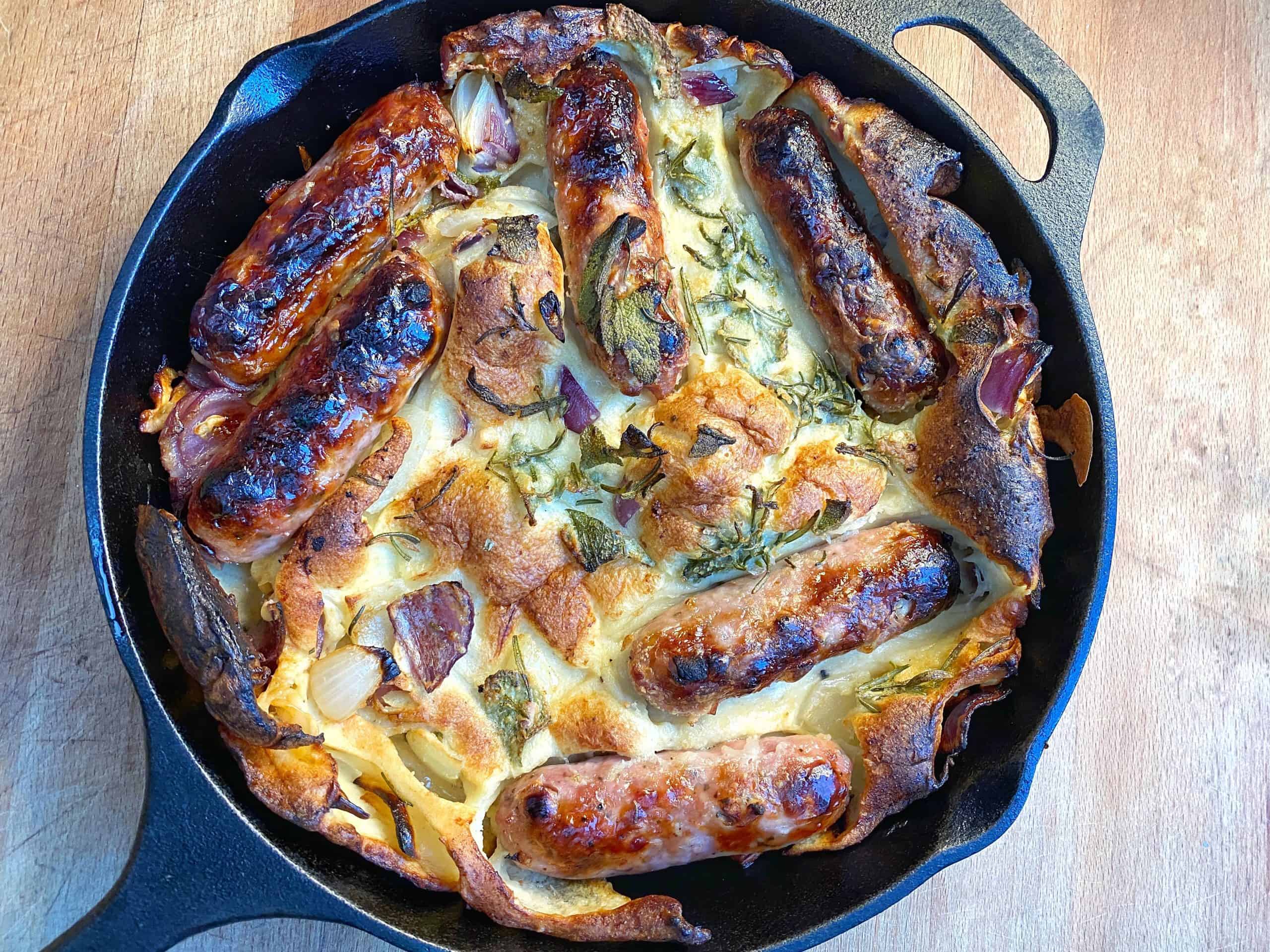 RELATED: How To Make: Gravy