A recipe for one of Italy's many glorious breads, embellished with rosemary and caramelised onions. 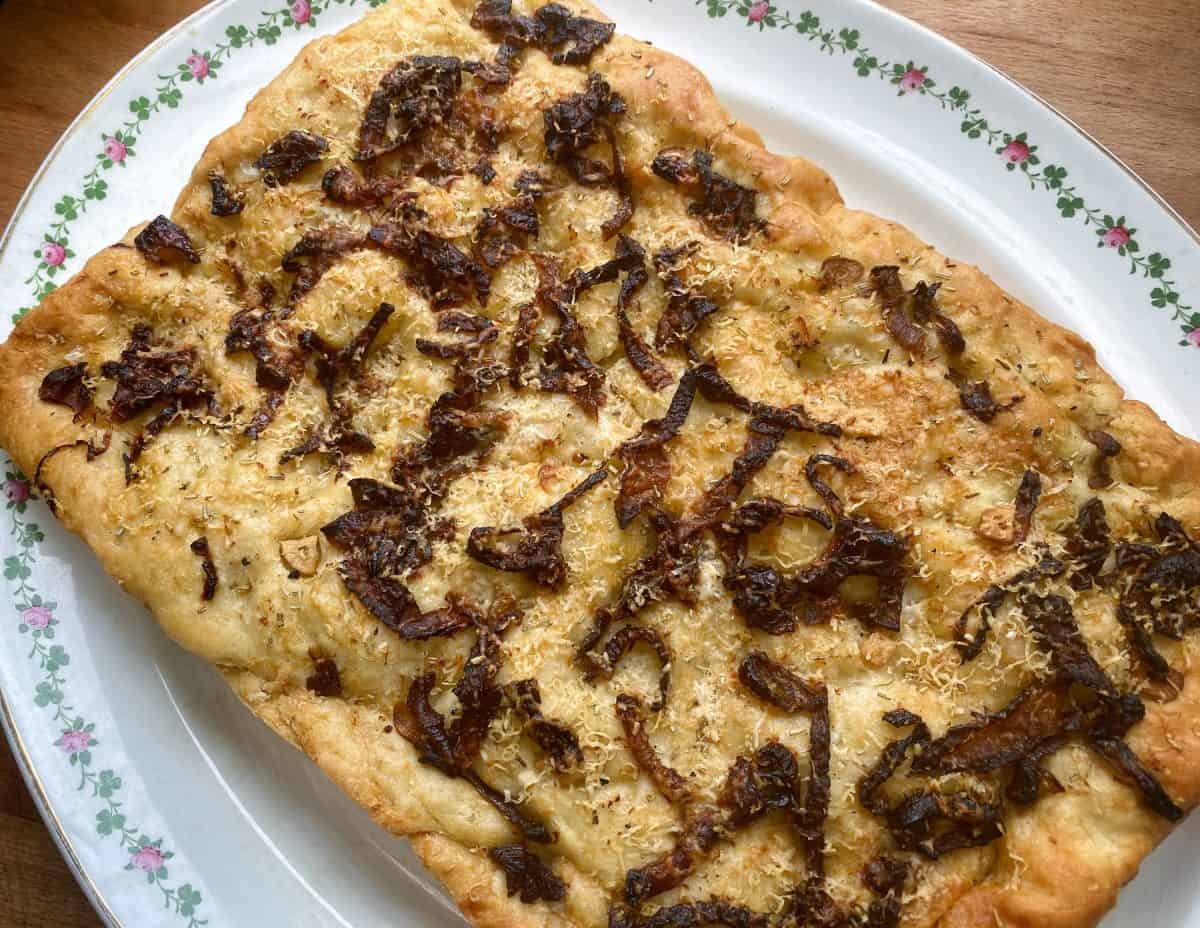 One of Italy’s many, many glorious breads, focaccia is fairly simple to make at home.

A similar flat bread, panis focacius, was baked on the hearth in Ancient Rome, though the first attestation of the word ‘focaccia’ appeared in 1300 AD. The original focaccia recipe is thought to have originated with the Etruscans, but the bread is now most widely associated with Liguria in north-west Italy. A flat, oven-baked bread, similar in style and texture to pizza, the bread has countless variations along the Ligurian coast, from hard focaccia secca to the soft Voltri version made with cornflour. Focaccia dolce (sweet focaccia) is also popular in some regions, sprinkled with sugar and typically containing raisins or honey. The Genoese version is perhaps most popular outside Italy, however.

Marked by finger-sized holes in the surface, focaccia Genovese is finished with olive oil and coarse salt before its final rise, then baked in the oven. In Genoa, the bread is generally eaten at breakfast or during the day, dipped in milk or cappuccino at breakfast.

This particular focaccia recipe has similarities to focaccia al rosmarino, prepared with fresh rosemary – the most common herb used to flavour the bread. Dried rosemary can be used, at a push, but it’s worth seeking fresh rosemary if possible. I’d also suggest using the best quality extra virgin olive oil you can afford for the final drizzle as it’ll make a significant difference to the overall taste. The bread is also topped with caramelised onions and studded with fresh garlic. The onions can be omitted, however, if you’re after something more traditional. Regardless, the bread is best served as either a side dish, with cold cuts, or as the most perfect sandwich bread imaginable. I’m particularly fond of a focaccia sandwich deeply layered with capocollo, sliced provolone, pickled green peppers, and an additional flurry of grated parmesan. 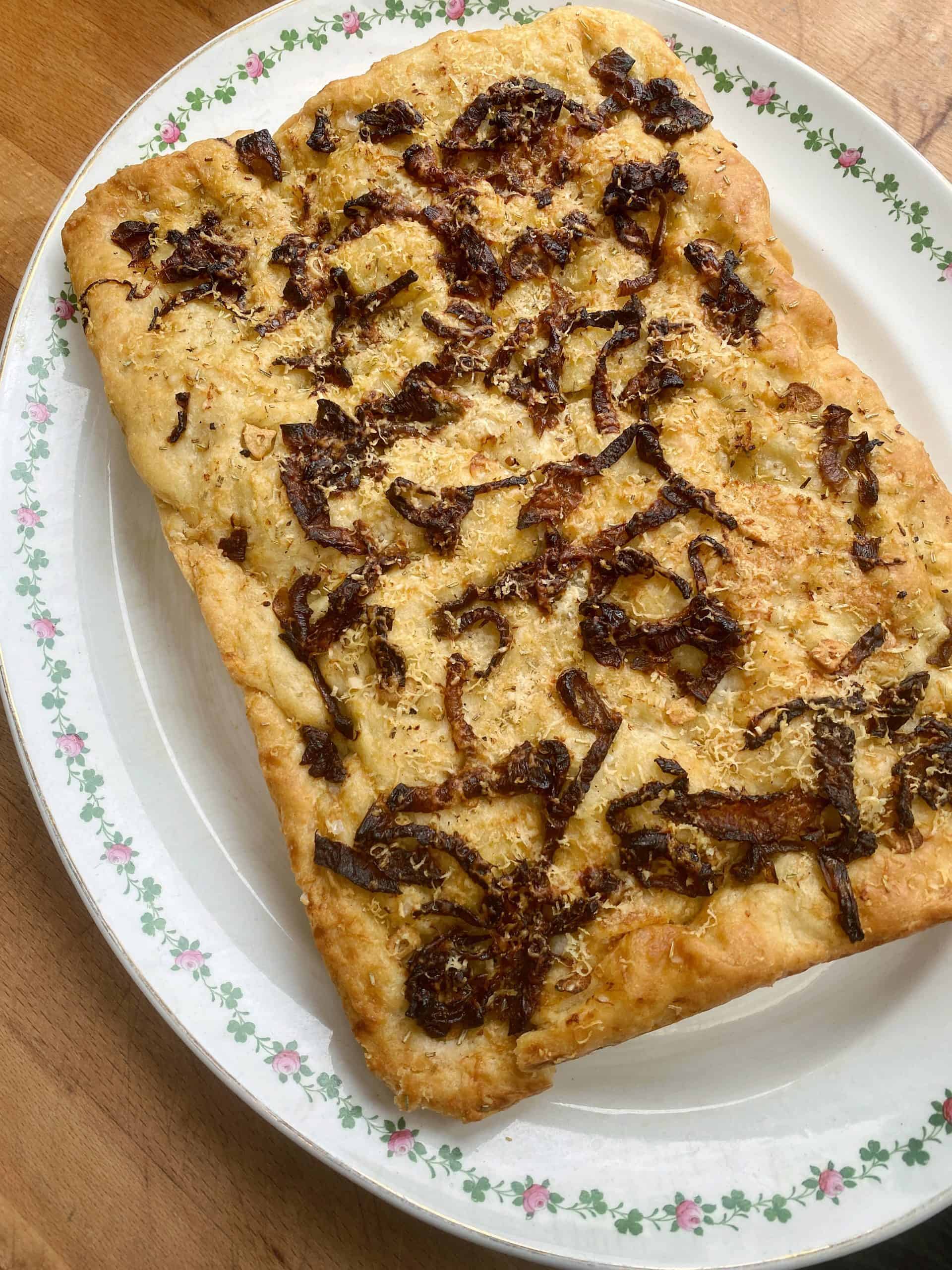