A loving take on the traditional banoffee pie recipe, spiked with toasted pecans. 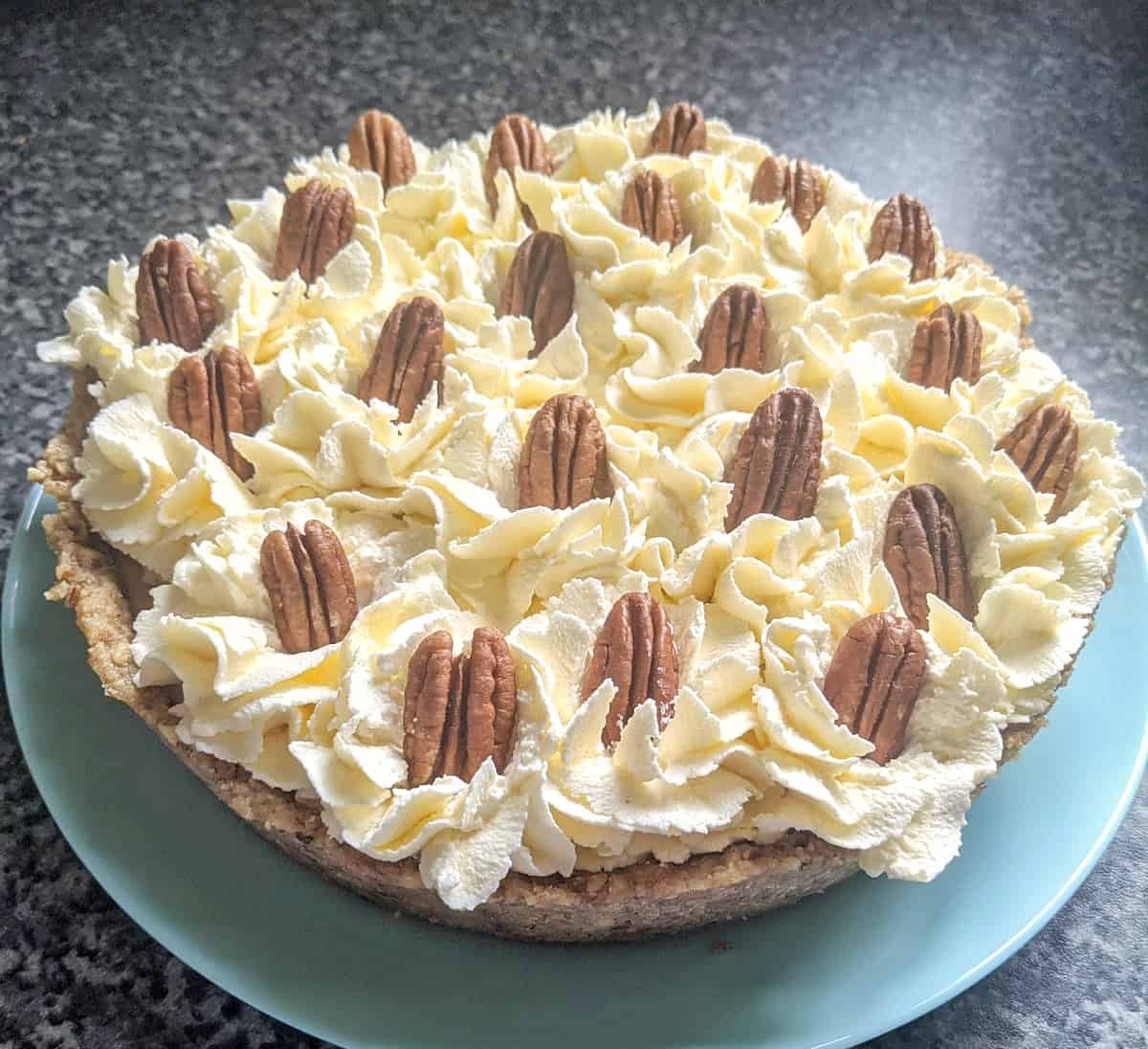 One of the world’s best loved puddings, banoffee pie combines bananas, cream, and thick caramel sauce (often made using condensed milk). A portmanteau of the words ‘banana’ and ‘toffee’, the dessert’s invention is credited to Nigel Mackenzie and Ian Dowding, owner and chef, respectively, of The Hungry Monk restaurant in the tiny village of Jevington, East Sussex.

Opened by newlyweds Sue and now deceased Nigel Mackenzie in 1968, The Hungry Monk operated for over 40 years before closing in 2012. While developing the restaurant’s dessert menu soon after opening, chef Ian Dowding suggested amending an unreliable American recipe for “Blum’s Coffee Toffee Pie”, made by boiling an unopened can of condensed milk for a few hours, embellishing it with fruit to enliven the dish.

After testing mandarin and apple, Nigel Mackenzie suggested trying banana, which was soon put on the menu as ‘Signor Banoffi’s pie’. An instant hit, the dish became extremely popular, with visitors from around the country calling ahead before visiting, to make sure the banoffee pie was on the menu before they travelled to the restaurant near Eastbourne. Soon after its invention, the family also decided to sell a recipe book in 1974, called ‘The Deeper Secrets of the Hungry Monk’, which included a recipe for the Signor Banoffi’s pie and sold more than 100,000 copies.

Today, ‘banoffee’ is an officially recognised word in the Oxford English Dictionary, used to describe any food or product that tastes of smells of both banana and toffee, and the banoffee pie’s fame has been spread even further by Nestlé, with its cartons of condensed milk labelled with a recipe printed on the side.

A loving take on the original, this banoffee pie recipe has a buttery biscuit base spiked with toasted pecans (which can optionally be removed). It’s also decorated with optional pecans as well as a small pinch of grated chocolate for an extra touch of decadence.