by Kirsty McCormack
in Food and Drink 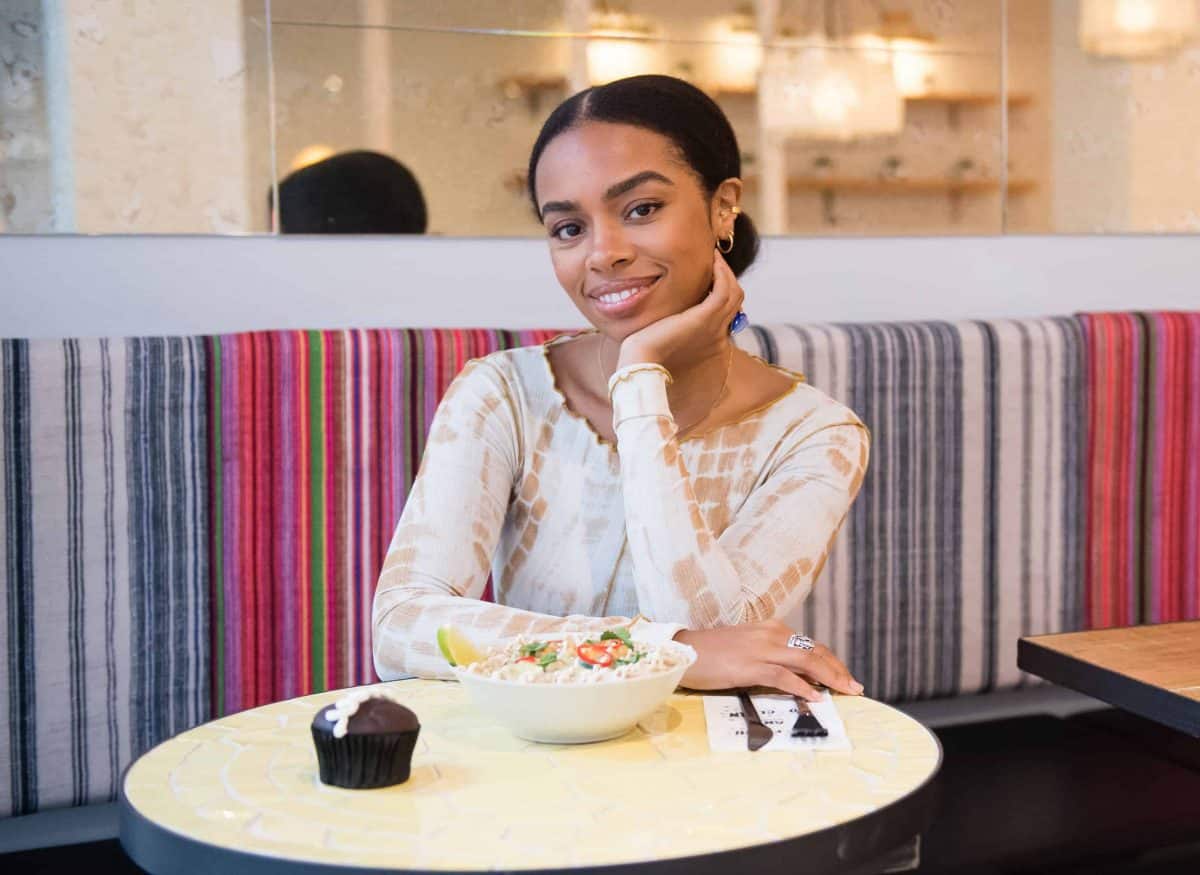 She’s already gained huge popularity in the vegan world following the release of her book, Vegan Eats, and now Rachel Ama has joined forces with by CHLOE. for a very exciting venture.

Talking about the inspiration behind the new dishes, Rachel said: “I’ve grown up in London and have Caribbean, African and Welsh roots. I’ve always been surrounded by different cultures and incredible food from around the world and that inspires my cooking.

“For my partnership with by CHLOE., I’ve gone for two Caribbean-inspired recipes, as Caribbean food is my favourite, plus a Thai recipe which is my other favourite,” she added.

Discussing her journey to veganism, Rachel explained: “I cut out dairy around eight years ago which was a lot harder to do back then as there were so few replacements compared to now. But as soon as I saw how meat and fish ended up on my plate, I went vegan the next day.

“I’ve always loved animals and had pets, I just hadn’t made the association before between the meat I ate, and the animals I called pets until I saw the real journey and it broke my heart.

“The challenges for me were always social,” she continued. “I didn’t grow up with any vegan or vegetarian friends, so me being vegan made birthday dinners, gatherings and so on a little bit awkward – trying to find a vegan option or explaining why I didn’t want to eat the meat. I just eat before I go out now or make something to bring – eating out as a vegan is a lot easier now.”

And that’s where Rachel’s love for by CHLOE. comes in. Speaking about why she decided to team up with the US brand, she said: “I love that by CHLOE. has opened multiple stores in London, making eating vegan so much more accessible to people, and was so excited to collaborate with them on some of my recipes.”

Rachel’s three dishes will be exclusively available at by CHLOE. London Oxford Circus & Covent Garden stores from today, and by CHLOE. Tower Bridge, and their newest site at The O2, from 4th November until the end of November. Further information can be found here.

“There’s nothing better to warm you up in the winter months than a tasty curry, and Rachel’s Thai Green edition is super simple to recreate at home. So, whether you’re having friends over for a meal, or enjoying a cosy night in front of the TV, whip up this delicious dinner in no time and we guarantee you’ll want second helpings!”

Thai green curry paste (as per below)

6 green chilli, deseeded for a low heat and roughly chopped

Heat a pan with oil, once warm, add garlic, shallots, lemongrass, green chillies and ground cumin and sauté on a medium heat for 5 minutes. Then, transfer to a food processor, add salt, black pepper, Thai basil, coriander and lime juice, then blend into a smooth paste. Transfer to a bowl and mix in olive oil.

To make the curry veg mix

180g courgettes, cut in ½ lengthways, then cut into half-moon chunks

80g green beans, chopped in half

Heat oil in a pan and sauté the broccoli, courgettes, green beans and chickpeas for 2 minutes. Then add the Thai green curry paste and coconut milk, and simmer on a low heat for around 6 minutes until the green beans and broccoli are cooked but also with a slight bite and still rich in colour.

To make the coconut sauce

Freeze the coconut milk tin, and carefully open from one end to drain the excess water before tipping into a mixing bowl. Add the lime juice and whisk until it peaks.