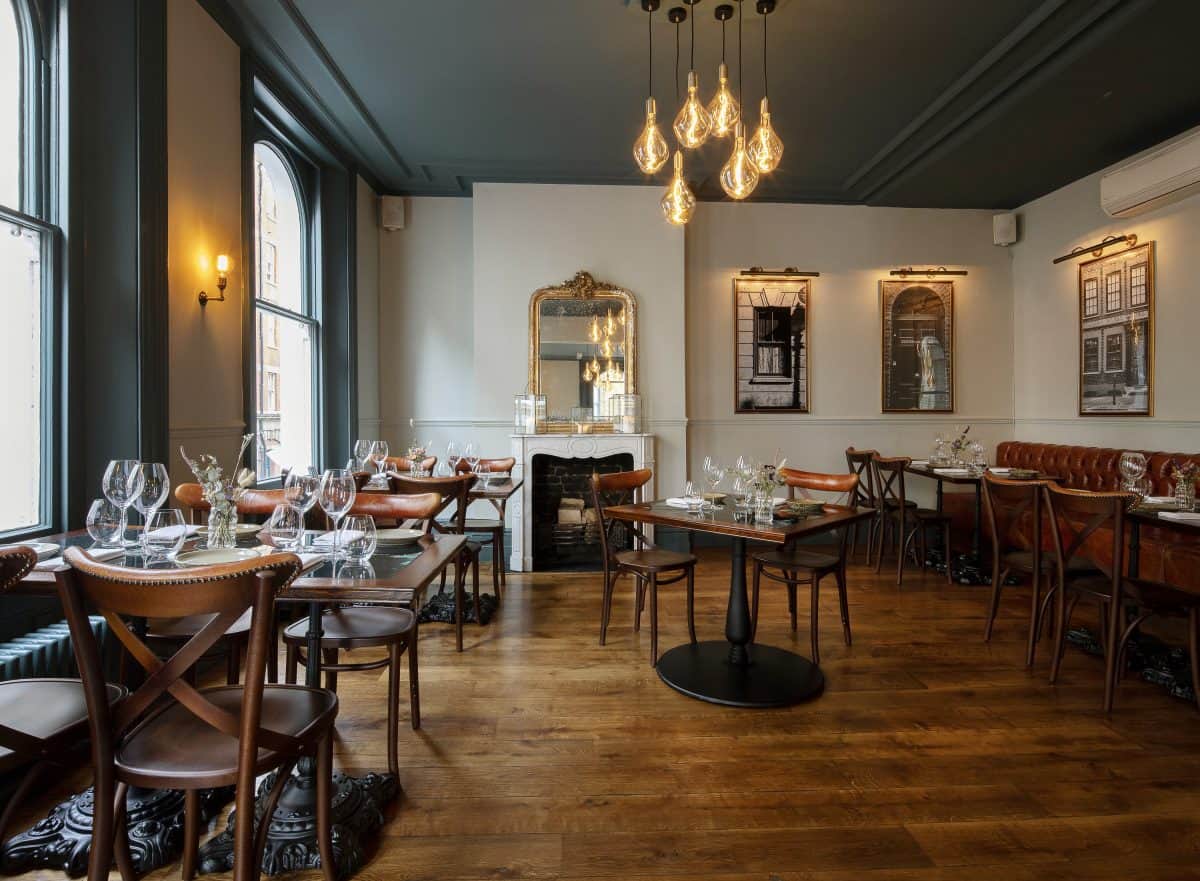 Following almost six months of temporary closure, due to the effects of the coronavirus pandemic, The Princess of Shoreditch re-opened in September, welcoming the new era with chef Ruth Hansom taking over the kitchen.

Having been welcoming customers for almost 300 years, the pub has been refurbished, overseen by Tibbatts Abel. Downstairs, The Princess of Shoreditch’s ground-floor area is a space for casual dining and drinking, while the 28-cover upstairs dining room showcases Ruth Hansom’s modern British cooking, with the seasonal menu championing British ingredients that are locally sourced and ethically produced. Moreover, the ground-floor menu has a particular focus on charcuterie that’s made in-house, and Sunday roasts are also served on both floors, with a two or three-course menu available.

On the re-launch of The Princess of Shoreditch, Head Chef Ruth Hansom said: “I’m delighted to present food that celebrates Great Britain. The menu will take diners on a gastronomic journey around some of the best food producers across the country such as Rhug Estate Venison, Wye Valley Trout and Yorkshire Dales Mallard.

“During lock down I have been exploring making charcuterie and experimenting with flavours which we are excited to put on the menu treats like Ewes Farm black pudding scotch egg and our own Princess Pastrami.”

Born in the North-East, Hansom moved to London aged 16, and has since worked in restaurants such as Boundary, The Ritz London, and Pomona’s in Notting Hill. As well as being the first female chef to be awarded Young National Chef of the Year, the chef has also appeared on TV shows such as Great British Menu and Million Pound Menu.

At The Princess of Shoreditch, Ruth Hansom’s cooking is accomplished, high-reaching but unpretentious, confidently utilising exciting ingredients to elevate ‘gastropub’ staples. A recent dinner began with an amuse bouche showcasing a coin of home-made malt loaf with delicate blue cheese rarebit: an example of the level of finesse and attention to detail that’s applied across the board, including snacks such as Parker House bread made using Keen’s cheddar, served with a quenelle of marmite butter; and silky chicken liver parfait that’s piped into wafter thin pastry ‘cigars’, with English cherry and chopped almonds.

A starter celebrating Cornish scallop was well balanced. Expertly-cooked scallops were accompanied by balls of scorched Granny Smith, spiced celeriac puree, hazelnut, thin apple crisps, and just a dash of Verjus to bring some clean acidity, ultimately brightening the dish. Veal sweetbread, on the other hand, was crowned with a crust of walnut and black pudding, presented over a bed of spiced carrot puree and joined by a salad of plum and bitter leaves.

A generous tranche of South Coast hake was also superlative, lulling on a bed of confit Jerusalem artichokes and crowned with a handful of pickled grapes. I’d like the grapes to have had a little more pep, but the acidity of the pickling liquor worked well to complement the fish. Even better was a dish championing lamb from Lyon’s Hill Farm. The hunk of loin was fine, but both the accompanying offal-rich faggot and bonbon of slow-cooked shoulder meat – breaded and deep fried – were the jewels in the dish’s proverbial crown.

At The Princess of Shoreditch, dessert doesn’t seem like an after thought. A parade of puddings instead celebrate the best of seasonal British ingredients, like the rest of the menu. Garden ginger set custard was joined by tart gooseberry and sweet, palate-cleansing segments of clementine; while a greengage and almond soufflé was perfectly risen, joined by blackcurrant and Coates and Seely sparkling.

The Princess of Shoreditch can be found at 76-78 Paul Street, London, EC2A 4NE.