With plenty of exciting launches constantly taking place across the Capital, we pick London’s best new restaurant openings taking place over the coming month. BAO – Borough Since launching a street food stall at Netil Market, BAO has garnered a cult following. Returning to a market setting, the Taiwanese restaurant will open its third permanent […] 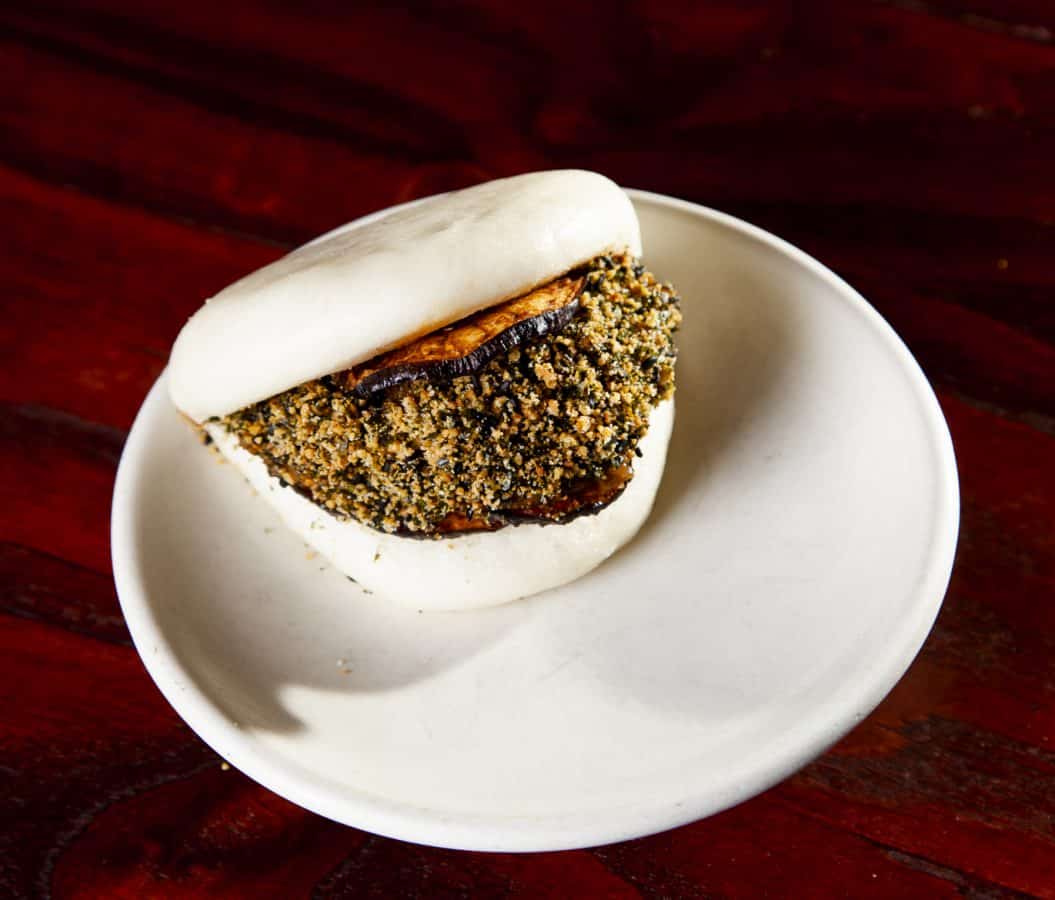 Since launching a street food stall at Netil Market, BAO has garnered a cult following. Returning to a market setting, the Taiwanese restaurant will open its third permanent site on the fringe of Borough Market next week, accepting reservations for tables of five or more, with three new bao buns joining the new menu inspired by late-night grill establishments operating across Asia. Here, dishes with include the likes of a chicken nugget bao; beef meatball with fried egg; and Borough Curry, panko goat and Frankfurter. Also exclusive to the new site, BAO Borough will have one of the UK’s few Suntory Hi-Ball machines, pouring whisky and soda designed to have the same bubbles as champagne. Moreover, BAO KTV – BAO’s first karaoke room – will also open at the Borough site, bookable for up to 12 guests.

Speaking on the launch of BAO Borough, co-founder Shing Tat Chung said: “Whilst always serving our signature BAO, BAO Borough will differ to BAO Soho and Fitzrovia both in terms of decor and food. In addition to launching the hatch element, which takes us back to our street food days, we are hugely excited about launching BAO in Borough to provide an experience that is inspired by our interpretations of Asian Culture, encompassing our stories, upbringing and travel around Asia.”

BAO Borough is set to open on Monday 6th May and can be found at 13 Stoney Street, London, SE1 9AD.

A new terrace bar and grill restaurant from the Barrafina team, Parrillan will join Barrafina Coal Drops Yard this month. With space for 100 guests, the partially covered restaurant will supply guests with their own mini charcoal grills (parrillas), allowing them to cook select cuts of meat, fish and vegetables at the table. Unlike at Barrafina, reservations will also be accepted.

Developed by Barrafina’s Executive Chef, Angel Zapata Martin, the menu at Parrillan will begin with a selection of para picar ahead of the main grilling course. This will include DIY Pan con Tomate, whereby diners assemble their own pan con tomate with toasted sourdough, rubbing it with garlic to their taste and adding Arbequina olive oil and seasoned chopped tomatoes. Other snacks will include the likes of Salmorejo, Escalivada and Cantabrian AA anchovies. As for the parrilla, choices will include 50-day aged rump steak, Middlewhite pork chop, carabiniero, milk fed lamb’s kidneys, artichokes, and vegetable parrelada. Dessert will also be served, as well as a Spanish wine list offering wines by the glass from £5, with bottles priced from £25.

On the launch of Parrillan, co-founder Sam Hart said: “I am very excited about the upcoming launch of Parrillan, which is our first new Spanish concept for many years.  Completing the final piece of Harts Group’s Coal Drop’s Yard jigsaw, Parrillan’s table-top grills will enable Angel to develop a great new way of eating out in London.”

Parrillan is set to open on Friday 10th May and can be found at Stable Street, Coal Drops Yard, London, N1C 4DQ.

In addition to evolving the concept of cooking with pure sea water – an approach that unlocks a number of advantages while being said to significantly improve taste and texture of authentic Neapolitan pizzas – Head Chef Santo Petrone’s new menu will showcase some traditional Neapolitan recipes. Joining the pizza selection, highlights will include Genovese pasta and 12 hour slow-cooked organic beef and amber onion ragù.

On the launch of ‘O ver St James’s, founder Mauro Palomba said: “The team and I are very excited to be opening our doors to old and new friends of ‘O ver in St James’s Market. Bringing our passion for Neapolitan Street Food to the neighbourhood we aim to be a dynamic force within this thriving culinary destination of London’s food scene.”

Chef Jason Atherton and The Social Company will re-launch the group’s French bistro, Little Social, under a new guise this month. Following an extensive refurbishment, the restaurant will open as No.5 Social next week, celebrating seasonal British produce. Here, the new menu will be overseen by Executive Chef Kostas Papathanasiou, having previously worked as Senior Sous Chef at Michelin-starred Pollen Street Social, as well as having held positions in restaurants such as The Ledbury and The Fat Duck. Focussing on accessible, seasonal ingredients while championing the best of British produce, the new menu will include dishes such as English heritage tomato salad with goat’s curd, almonds and fennel; poached Hebridean halibut, celeriac truffle emulsion and purée with pickled mushrooms and a black truffle beurre blanc; and roasted Herdwick lamb chop and cannon fillet served alongside crushed Jersey Royal potatoes, spring peas, cucumber and mint.

To finish, desserts will include Richmond Park honey, oat crumble, milk ice cream and meringue; and a Chocolate fondant served with homemade blackcurrant sorbet. The wine list, on the other hand, will encompass both English and international selections with a focus on lesser known varieties from Europe.

Speaking of the project, Jason Atherton said: “Kostas has been an important part of The Social Company for the past three years and Irha and I felt it was time he was given his own project to run. We are sad to say goodbye to Little Social. It has been a hugely successful restaurant since its opening in 2013, however, we felt it was time for a new direction and know Kostas and Nils together, will make a great team and success of No.5 Social.”

No.5 Social is set to open on Wednesday 8th May and can be found at 5 Pollen Street, Mayfair, London, W1S 1NE.

Inspired by private chef Alice Staple’s Italian travels – specifically Maremma in southern Tuscany – Maremma will open in the former Montego Inn site on the corner of Brixton Water Lane. Specifically championing the area’s produce – particularly famed for its salumi, seafood, olive groves and vineyards – head chef Dominique Goltinger has collaborated with founders Alice Staple and Dickie Bielenberg on a menu divided into four sections: antipasti, primi, secondi and dolci. Here, Tuscan classics will include the likes of la bistecca alla Fiorentina; wild boar prosciutto; Tortelli Maremmani (spinach and ricotta tortelli); and Acquacotta, a traditional Tuscan soup served with a poached hen’s egg. Lighter options will also be available from a ‘Spuntini’ menu, available with a classic Italian cocktail between Wednesday to Saturday, from 5:30pm. The restaurant’s wine list, on the other hand, focuses on small Tuscan producers, showcasing bottles available for the first time in the UK.

Co-founder Dickie Bielenberg said: “I’ve always dreamed about bringing a bit of the Maremma to Brixton. After countless visits, Alice and I have a shared love for this region, and were won over by its fine produce, fine wine and charm. We have been lucky to have met some wonderful people there, some of which are now going to be our suppliers.”

“We’ve sourced the very best produce and lesser known wines, and I can’t wait to showcase these in our little slice of the Maremma in Brixton,” adds Alice Staple.

Maremma is set to open on Wednesday 29th May and can be found at 36 Brixton Water Lane, London, SW2 1PE.