We pick the best companies delivering beer and cider to homes across the UK. 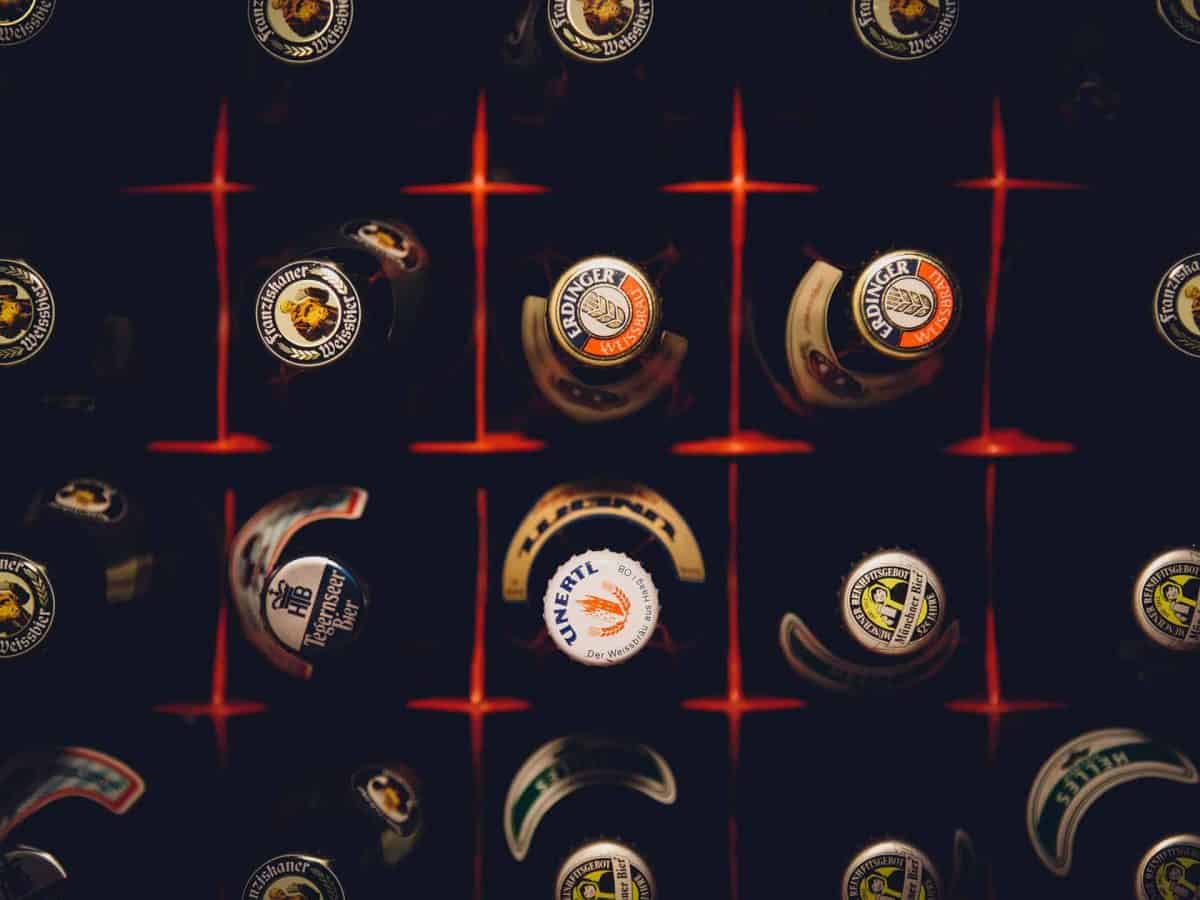 With an enforced lockdown currently in place, and with pubs, restaurants and bars forced to close for the foreseeable future, the food and drink industry has already suffered enormously. Fortunately, a great number of businesses are adhering to strict social distancing guidelines, yet continuing to deliver excellent beers and ciders all over the UK. These are the best beer and cider delivery services operating through the COVID-19 pandemic.

Set up with the aim of tackling food waste, Toast Ale uses surplus (yet still fresh) bread that would’ve otherwise been wasted, sourced from bakeries, delis and sandwich makers. Breadcrumbs are combined with malted barley, hops and yeast throughout Toast’s range of four beers. All four are currently available for delivery from their website, with all profits donated to charities fixing the food system. UK delivery is also free at present.

Restaurant craft beer distributor Biercraft and specialist lager brewery, Braybrooke Beer Co, have teamed up with a collection of independent London restaurants to launch a weekly series of beer cases to be enjoyed at home. Every Thursday, on an ongoing basis, a case of drinks will be curated by restaurants including BAO, 10 Greek Street, Salon, Quality Chop House and Spiritland. These will all be available throughout the entire collaboration, until sold out, and each purchase of the case will also entitle the customer to a voucher for a complimentary dish and Braybrooke when the restaurants reopen. Each case of 12 beers is priced at £33, with £3 from each case sold donated to the featured restaurant’s charity partner. In addition, NHS and key workers will receive a 15 per cent discount code by emailing biercraft.co.uk.

Bermondsey-based Fourpure is currently offering 20 per cent discount on all beer and merchandise via its web shop, following the temporary closure of its taproom. Using the discount code ‘DRINKATHOME’, discount is available on Fourpure’s entire core range and limited edition beers, including Midnight Diner – the brewery’s new New York-inspired cheesecake stout. Further information can be found on Fourpure’s website.

Having launched a brand new can range last month, Croydon-based Anspach & Hobday are delivering their beers, available as single-style four-packs or mixed packs. Canned beers currently include three of their seven core range beers, and a different monthly special which will be made available each month. Available in 440ml cans, core beers include The Pale Ale, The Sour Dry Hop, and The Ordinary Bitter. Anspach & Hobday’s cans are available for delivery when ordered via the brewery’s webstore.

One of London’s most consistent breweries, Beavertown’s entire range of canned beers are available from the brewery’s webstore, including ‘Waters of Life’ – their new pale lager produced in collaboration with Brewgooder. Free UK delivery is also offered on all orders over £100.

Born beneath the White Hart Brew Pub in Whitechapel, One Mile End’s beers are currently produced at a larger brewhouse in north Tottenham. Specialising in experimental beers, all of One Mile End’s canned range of bold, citrusy IPAs and juicy pale ales are available from the brewery’s website, with free next working day delivery if ordered before 10am.

With five bottle shops and taprooms across London, Mother Kelly’s are currently offering free UK beer delivery from their online store, using the promo code ‘STAY HOME’. In addition to a large selection of beers, various wines and cocktails are available alongside merchandise and gift cards. Further information can be found on the Mother Kelly’s website.

Launched to disrupt the independent food and drinks supply chain, hoping to make great products accessible to all, BoroughBox is an online marketplace which connects thousands of customers to quality independent food and drinks businesses. Delivering groceries and gifts from hundreds of producers, BoroughBox also serves a good selection of alcohol, including beers from the likes of Jiddler’s Tipple, Five Points Brewing Co. and Hiver Beer. Due to current levels of demand, orders may take up to two working days to be processed before being shipped. Further information can be found at the BoroughBox’s website.

Hawkes, the Bermondsey-based craft cidermakers, are offering a next-day delivery service as well as hosting tasting sessions via Youtube, having temporarily closed the doors to their Taproom. For those hoping to take part, the full tasting schedule can be found at Hawkes’ website, with ciders available to order for next day delivery.

The UK’s first craft cider subscription box, Crafty Nectar was set up to connect people with ciders made in the traditional way: without concentrates, artificial flavours or gluten. With all ciders sourced from small, independent producers, Crafty Nectar’s boxes include the Taster box (six bottles) or Discovery box (12 bottles), which feature different ciders each month, delivered across the UK. Further information can be found on Crafty Nectar’s website.

A fine cider and perry merchant, Fine Cider champions quality producers, many of which use hand-picked fruit and ferment only with wild, indigenous yeasts. With a strong selection of sweet, medium, dry, still, sparkling and perry, Fine Cider also offers mixed cases based on their own selections, or based on customers’ specific flavour preferences. Delivery is available throughout the UK, with £10 off orders for most east and north London customers. Further information can be found on Fine Cider’s website.

Specialising in U.S. style beers hand-crafted in south west London, Belleville Brewing offers a selection of four year-round beers and some seasonals, all available for free delivery in south London (case/24 cans minimum). The brewery’s taproom also remains open from 10am-6pm for take-away only, offering growler/bottle refills for £5-£6 per litre. Orders can be placed by emailing [email protected], stating your order, name, address and phone number. (London only).

Craft cider producers, Pilango are currently offering their range of ciders at a special rate for delivery. Using donated apples, Pilango Liberated cider is available with 12 bottles for £33, and Pilango Hopped cider (flavoured with Cascade hops) is available with 12 bottles for £36. A wider selection of quality ciders from other producers are also stocked as well as some English wine. Further information can be found at Pilango Cider’s website.

The Garden Cider Company has partnered with five local breweries, Firebird Brewing Company, Pilgrim Brewery, Langham Brewery, Brightwater Brewery and the Crafty Brewing Company, to bring its customers a doorstep delivery service during the Coronavirus outbreak. Delivery is free and customers can mix and match from any of the company’s products to make up the minimum order of 12 bottles. Further information can be found on The Garden Cider Company’s website.

One of the world’s oldest independent cider makers, Sheppy’s Cider has launched a brand new web shop. With 10 different ciders to choose from, including cider with raspberry or elderflower, of the 200 special edition, each cider is available in cases of 12. Mixed cases of both apple and fruit cider are also available, with cases priced from £29.55. Further information can be found at Sheppy’s Cider’s web shop.

For the first time in 10 years, Barney’s Beer has extended its distribution of small batch beer across the UK. Hoping to appeal to new customers as UK businesses continue to struggle, orders for the Edinburgh craft brewers’ beer can be placed through the brewery’s website, with beers including the likes of Marshmallow Stout, Volcano IPA, and Stone’s Throw Lager – previously only having left the brewery to travel as far as Summerhall’s on-site pub, The Royal Dick. Bottles are priced from £2, with free delivery available on orders of £50, or priced at £5 for smaller orders. Further information can be found at the Barney’s Beer website.

This article is currently in the process of being updated. Got a tip? Email [email protected], or tweet us @TLE_Food.