The south London brewery has launched an imperial version of its take on an American brown ale. 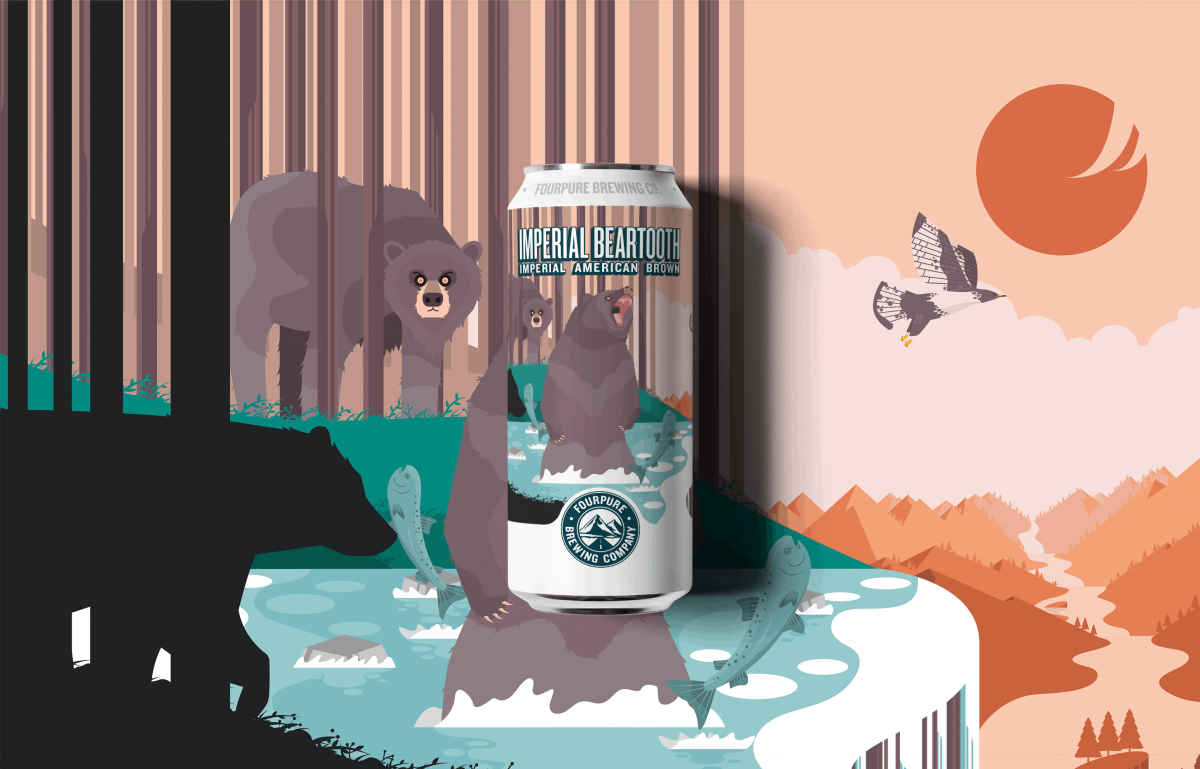 With a name inspired by the four core ingredients used to produce beer (grain, yeast, hops and water), Fourpure Brewing Co. launched as a family-run brewery in October 2013. Since then, the brewery has gone from strength to strength, now known as one of London’s most famous craft beer producers, recently bought out by Australian-headquartered Lion (joining a portfolio which includes Magic Rock and Australian craft breweries Little Creatures and Malt Shovel Brewery).

Operating from a site on Bermondsey Trading Estate, between Surrey Quays and Millwall Football Club, Fourpure produces beers inspired by travel. Having refreshed the design of its packaging last year, the brewery also introduced a new selection of core beers. Brand new to their ‘Pioneer’ range, Imperial Beartooth is an imperial American brown ale, taking inspiration from the state of Alaska.

As is the case with IPAs, American brown ales have plenty of room for experimentation, traditionally based on the 17th Century British style, with homebrewers loading the beers with bold American hops during the early 1980s; ultimately creating a new style of beer with a nod towards classic porters. While plenty of American breweries are constantly experimenting with the beer, introducing innovative new examples (such as those produced by Dogfish Head and Hi Wire Brewing), it’s less popular in the UK. Imperial Beartooth, Fourpure’s take on an American brown ale is brewed to 8.5 per cent ABV, teaming British malts with American hops.

On pour, Imperial Beartooth has a dark brown complexion with a slight ruby hue, capped with a foaming off-white head. On the nose, notes of chocolate and caramel are instantly noticeable alongside some feint coffee and a bold toasted malt character. Toasted malts continue on the palate, dominating alongside some dark chocolate and refreshing medium-moderate bitterness that lingers on the finish. A good example of its respective style.