Brewed to 9.1 per cent ABV, Lost at Sea Maple Imperial Stout is a new addition to Fourpure's core range. 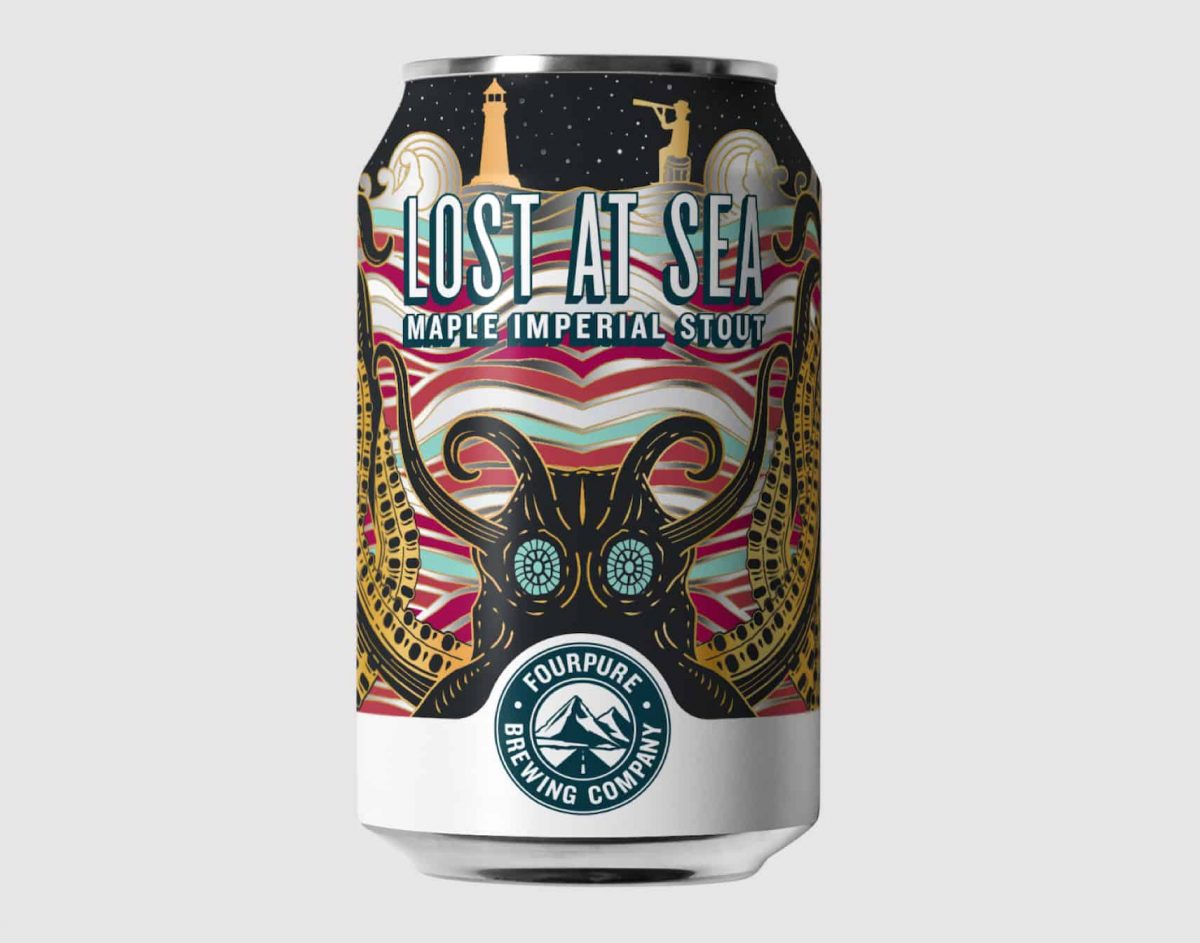 With a name inspired by the four core ingredients used to produce beer (grain, yeast, hops and water), Fourpure Brewing Co. launched as a family-run brewery in October 2013. Since then, the brewery has gone from strength to strength, now regarded as one of London’s most exciting craft beer producers, recently bought out by Australian-headquartered Lion (joining a portfolio which includes Magic Rock and Australian craft breweries Little Creatures and Malt Shovel Brewery).

Operating from a site on Bermondsey Trading Estate, between Surrey Quays and Millwall Football Club, Fourpure has always set out to craft the best possible beer, executed with exceptional attention to detail at the forefront. Avoiding cutting corners, the brewery’s rigorous quality control and brewing process has allowed the brewery to produce a remarkable range of beers, supported by national listings in some of the country’s most recognisable retailers.

New for Autumn 2019, the brand has refreshed the design of its packaging as well as introducing four new beers to its solid core range. New additions to the family include Hemisphere Session IPA, Last Train Home Oatmeal Stout, Basecamp Pilsner and Lost at Sea – a Maple Imperial Stout. Brewed to 9.1 per cent ABV, the Maple and Bourbon Imperial Stout began life as Fourpure’s Oatmeal Stout that mistakenly had double the malt added to the brew, eventually preserved and loaded with maple syrup, oak chips and vanilla pods to produce something extra special.

On pour, the beer is dark brown/black and capped with a foaming tan head. Prominent aromas of espresso, dark chocolate, maple syrup and vanilla dominate the nose, joined by some lactose notes alongside feint cherry and plum. On the palate, Lost at Sea is rich and nutty, continuing to present savours of rich dark chocolate, coffee and maple, which continues on the long finish alongside some restraining bitterness. A big, bold, brilliant example of its respective style.