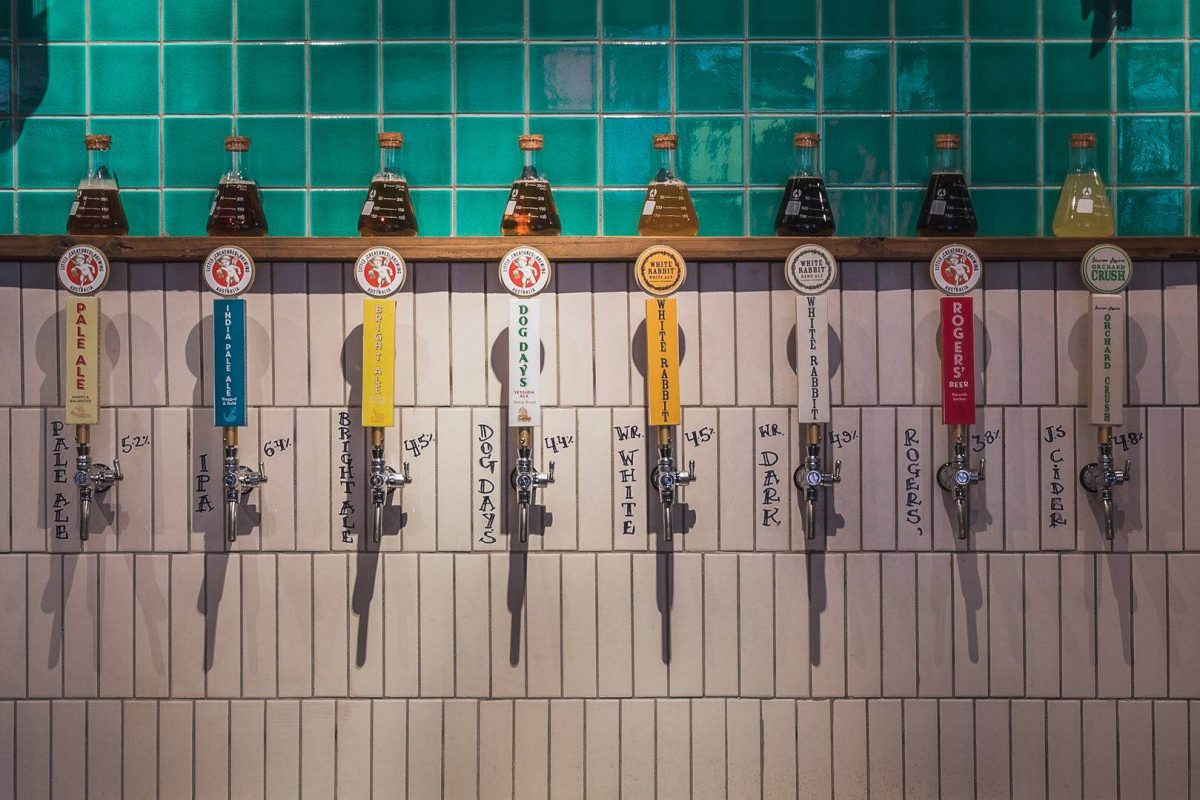 Established at the turn of the millennium, Little Creatures began life in Fremantle, Australia. Set up by a group of friends, each hailing from the beer scene, the brewery was launched with the aim to brew a hop-driven American Pale Ale with a “distinctive aroma and delicious flavour”. Brewed slowly, with the best hops the team could source from Australia and the United States, the brewery’s pale ale eventually gained momentum and a small space was opened in Fitzroy, Australia, in 2008. A larger brewery soon followed in 2013, occupying a site in Geelong.

Opened earlier this year, Little Creatures has made its mark on the UK with a new microbrewery, taproom and restaurant near King’s Cross, as part of the Coal Drops Yard development. Joining a number of world-class craft breweries in London, the fully-functioning microbrewery has head brewer Laura Smith at the helm, serving Little Creatures’ year-round core range as well as a selection of limited releases and collaborations inspired by the UK beer scene.

The beer that started it all, Little Creatures’ signature Pale Ale is brewed using whole hop flowers – predominately Cascade and Chinook –  and specialty malts (Pale malt, Munich, Caramalt, and Wheat malt), touted as an “APA with an Australian twist”. On pour, the beer has a hazy amber complexion, capped with a foamy head. Floral notes dominate on the nose, joined by some citrus aromas of grapefruit pith, tropical wafts of passion fruit and biscuit, finished with some underlying pine. Biscuit notes continue on the palate, with a good balance between malt and hop character. With a medium body, Little Creatures’ Pale Ale has a slightly oily hop mouth-feel and crisp bitterness which continues on the finish. A refreshing, easy-drinking, well-balanced example of its respective style.

Further information on Little Creatures can be found here.