A British interpretation of a traditional German Gose from Yorkshire's finest craft brewers. 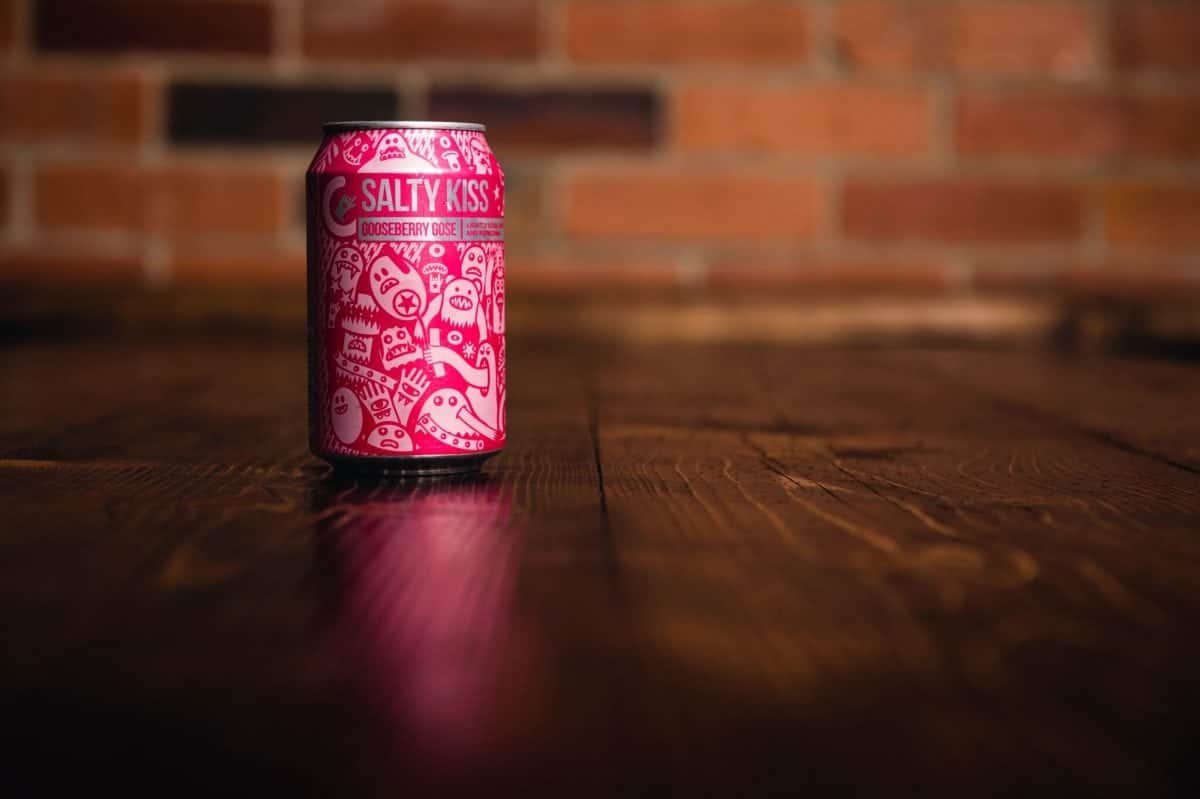 Heavily inspired by the American craft beer scene, alongside a passion for great beers, Magic Rock Brewing Co. commenced brewing in 2011. The brewery has since become renowned as one of Yorkshire’s finest craft brewers, “committed to making a full range of modern, flavourful, hop forward and ‘big’ beers using the best available ingredients and techniques for drinkers unwilling to compromise on flavour.” Accommodating increases in demand, Magic Rock eventually moved to a brand new site in 2015, now operating from Birkby in Huddersfield. Following the move, Magic Rock’s brewing capacity increased massively, and the first run of cans were launched, now readily available to enjoy at home.

From the 13-strong core range of beers, ‘Salty Kiss’ was originally conceived in collaboration with Kissmeyer Beer. A British interpretation of a traditional German Gose, from the same family of sour wheat beers as Belgian Witbier and German Berliner Weisse – Magic Rock’s ‘Salty Kiss’ is infused with plenty of gooseberries to offset the beer’s natural tartness. From the German city of Leipzig, Gose is a top fermented beer style, generally using at least 50 per cent wheat in the grist, characterised by definitive tart notes and saltiness from the water used for brewing.

Magic Rock’s interpretation is also flavoured with sea buckthorn and sea salt, alongside gooseberries. On pour, the beer is hazy and has a straw complexion, foaming off white head and moderate carbonation. On the nose, potent notes of lemon are joined by light herbal notes, some seaweed, lactose and very subtle soap. When sipped, Salty Kiss is unequivocally sour, powerful with gooseberries, some lemon, wheat and yoghurt. The initially acerbic sourness then develops with some tart rhubarb notes and a whack of salinity, before ending with a dry, refreshing finish. A fine take on German Gose, Magic Rock’s Salty Kiss is a captivating beer with a light-medium body and explosive flavour. The saltiness also makes this beer a perfect match for food, particularly fried chicken.