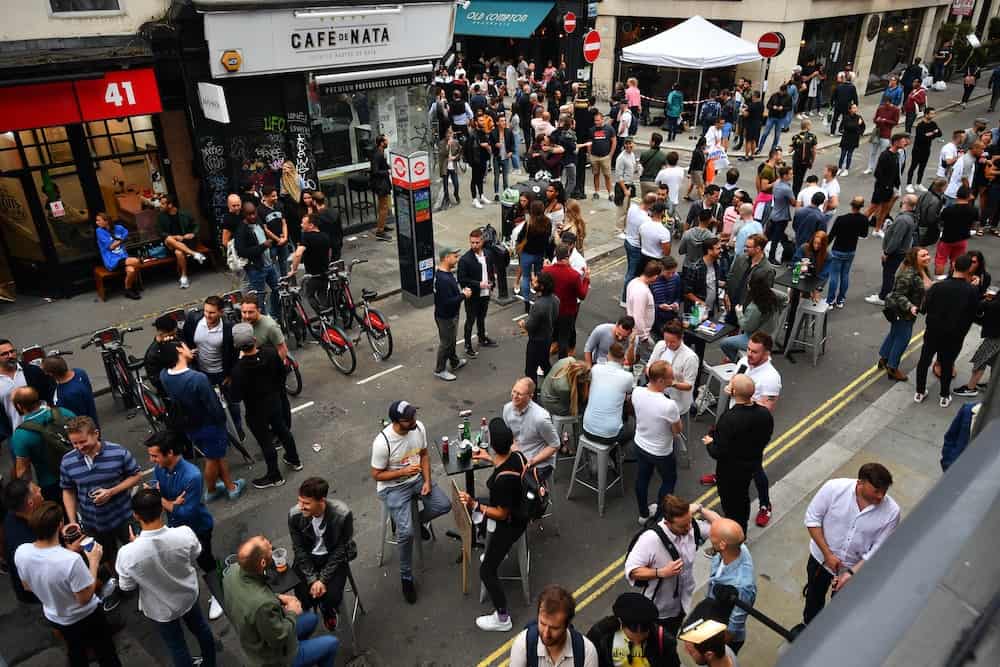 Drunk people are unable to properly socially distance, the chairman of the Police Federation has said as pubs reopened in England for the first time since lockdown.

John Apter said it was “crystal clear” revellers would not adhere to the one metre plus rule as restrictions were eased on Saturday.

Professor Chris Whitty said the pandemic “is a long way from gone” and urged the public to follow social-distancing rules as pubs and restaurants reopened.

But images from London’s Soho showed packed streets into the early hours of Sunday.

Mr Apter, who was on shift in Southampton where he dealt with “naked men, happy drunks, angry drunks, fights and more angry drunks”, said: “What was crystal clear is that drunk people can’t/won’t socially distance.

“It was a busy night but the shift managed to cope. I know other areas have had issues with officers being assaulted.”

There was disorder in north Nottinghamshire too, where four people were arrested and several pubs decided to close after alcohol related anti-social behaviour.

Prime Minister Boris Johnson and Government experts urged people to stick to the rules to avoid creating a second wave of coronavirus.

Speaking on Friday, Prof Whitty said: “None of us believe, and I’m sure nobody watching this believes, this is a risk-free next step. It is absolutely not, that is why we have to be really serious about it.

“There’s no doubt these are environments whose principal job it is to bring people together, that’s a great thing to do socially but it’s also a great thing from the virus’s point of view.

“Therefore, we do have to have a really clear and really disciplined approach to try and maintain social distancing whilst also enjoying pubs.”