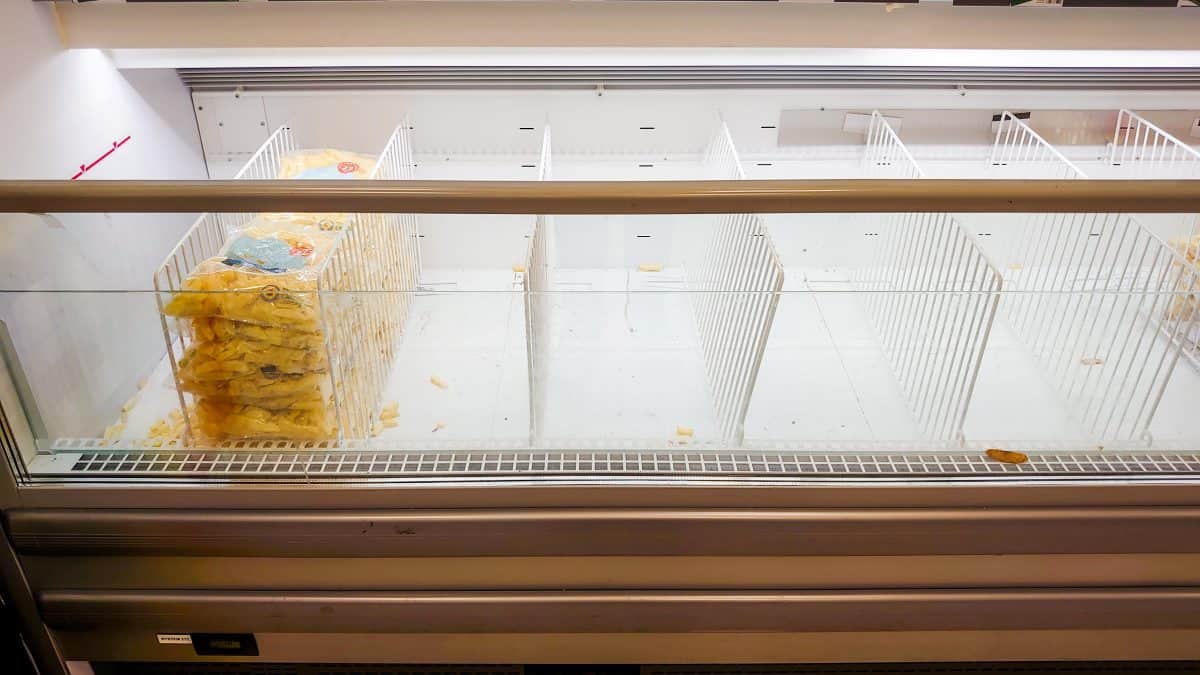 Left lining the aisles are branded versions of ready-cooked rice, with shoppers not willing to pay the surplus 40p for Uncle Ben’s.

It’s the same with pasta sauce – Lloyd Grossman was not a popular choice, while cheaper Dolmio was nowhere to be seen.

Trendy oat milk is still standing, while both long life and fresh milk are long gone.

Precooked meat has already been checked out, but fresh soups and scotch broth are set to rot on the shelves.

Baked beans aren’t available, but their low-sugar alternative have been left for the latecomers.

And clearly everyone’s eating peanut butter for breakfast in Bristol, while honey appears to be sticking around.

The Gin and Tonic craze clearly doesn’t extend into favoured hand wash – £3 was a little too much for those wanting to kill 99.9 bacteria.

On Twitter, shoppers have noticed the stingy extent of panic buying.

Attached to a photo of expensive soaps left on the shelf, @Nigelandthe said: “Meanwhile in Bristol, we’re obviously very concerned about coronavirus, but only up to the value of £2.99 and not a penny more.”

In Sainsbury’s, shopper @MrsSpalding said: “Even when there’s no veg left no one wants you, sprouts #panicbuying.”