It can also survive on stainless steel for just as long, scientists have warned. 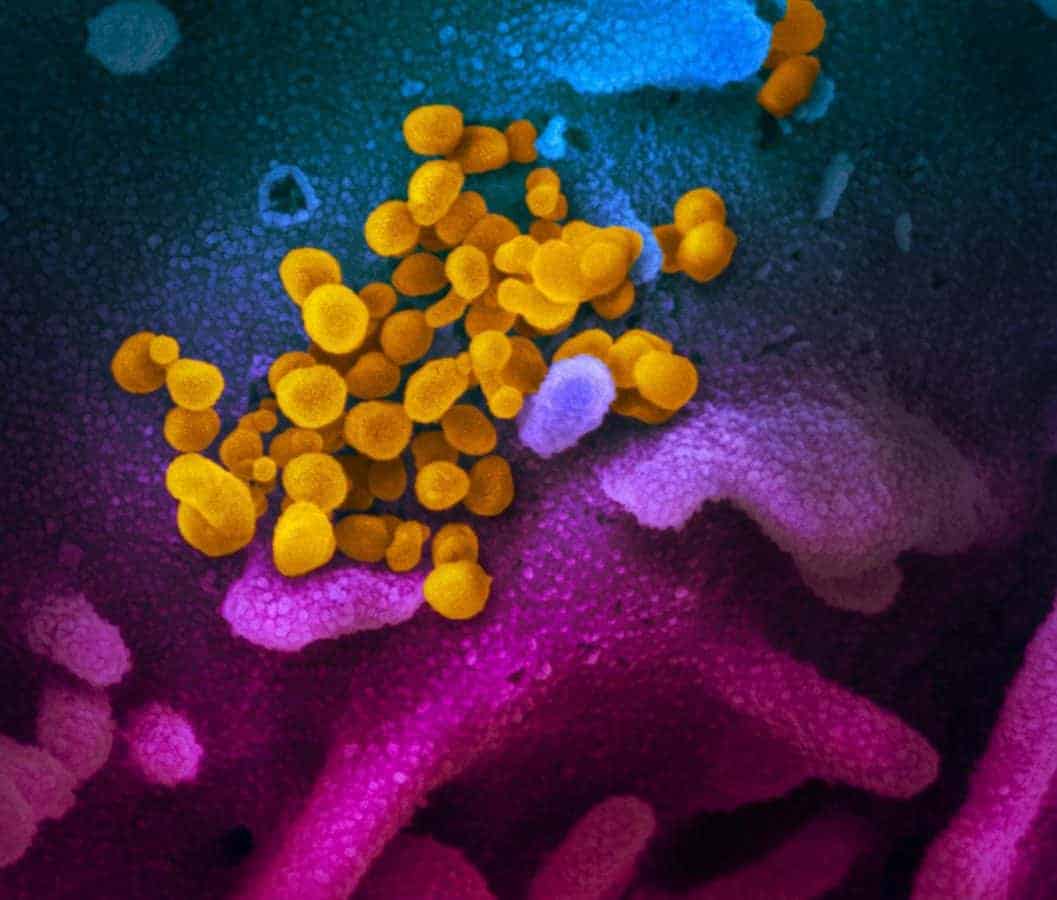 The COVID-19 virus can hang around on plastic such as mobile phones for up to three days, according to new research.

It can also survive on stainless steel for just as long, scientists have warned.

And droplets in the air can hang around for three hours, making it crucial that all coughs are caught and binned.

The findings have implications for food containers such as school lunchboxes and kitchen equipment.

Lab experiments showed the bug was detectable in the air for up to three hours – and up to four hours on copper.

It lasted for 24 hours on cardboard – and to two to three days on plastic and stainless steel.

The results published in The New England Journal of Medicine provide key information about the strength of the bug.

It’s the first study of its kind into how long it can last on different surfaces.

Lead author Dr Neeltje van Doremalen, of the National Institute of Allergy and Infectious Diseases in Hamilton, Montana, said: “It was more stable on plastic and stainless steel than on copper and cardboard.

“Viable virus was detected up to 72 hours after application to these surfaces.”

She added: “It suggests people may acquire the virus through the air and after touching contaminated objects.

“It’s stable for several hours to days in aerosols and on surfaces.”

Dr van Doremalen explained the virus could survive in droplets for up to three hours after being coughed out into the air.

Fine droplets between 1-5 micrometres in size – about 30 times small than the width of a human hair – can remain airborne for several hours in still air.

It means the virus circulating in unfiltered air conditioning systems will only persist for a couple of hours at the most.

But the study found the virus survives for longer on cardboard – up to 24 hours – and up to two-to-three days on plastic and stainless-steel surfaces.

This means it might last this long on door handles, plastic-coated or laminated worktops and other hard surfaces.

Copper surfaces tended to kill the virus in about four hours – adding to growing evidence that copper products could help combat hospital superbugs.

Her team have quickly shared their data with colleagues around the world so they’ll be aware of COVID-19’s ability to spread.

They also looked at how the environment affects it compared with SARS – a virus that also emerged in China in 2002 and infected more than 8,000 people.

Dr van Doremalen said: “Unfortunately this fails to explain why COVID-19 has become a much larger outbreak.”

Her team mimicked the viruses being deposited from an infected person onto everyday surfaces in a household or hospital setting – such as through coughing or touching objects.

The scientists then investigated how long the virus remained infectious on these surfaces.

Dr van Doremalen said: “Emerging evidence suggests people infected with COVID-19 might be spreading virus without recognising – or prior to recognising – symptoms.

“In contrast to SARS, most secondary cases of virus transmission of COVID-19 appear to be occurring in community settings rather than healthcare settings.

The findings affirm the guidance from public health professionals to use precautions similar to those for flu and other respiratory viruses to prevent spread.

*Avoid close contact with people who are sick.
*Avoid touching your eyes, nose, and mouth.
*Stay home when you are sick.
*Cover your cough or sneeze with a tissue, then dispose of the tissue safely.
*Clean and disinfect frequently touched objects and surfaces using a regular household spray or wipe.