Tiger Patel beat the incumbent councillor by more than 100 votes after a campaign video showed him giving peace signs next to X-rated graffiti. 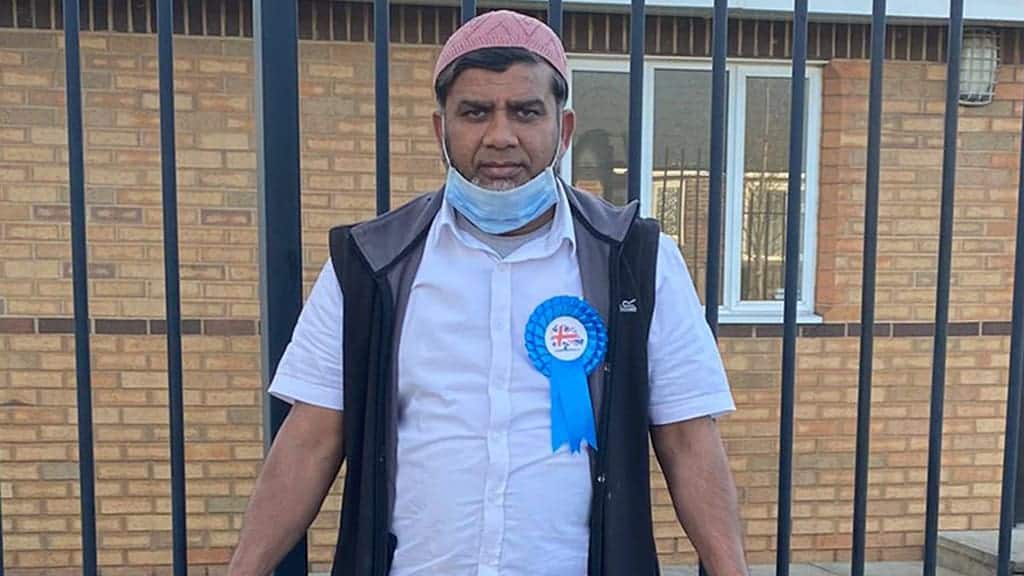 A politician who went viral thanks to a campaign video that showed him giving peace signs standing behind X-rated graffiti in a children’s playground has won his seat in the local elections.

Tiger Patel, who says he has been described as “the BoJo of Blackburn”, won his seat as the Conservative candidate for the Audley and Queen’s Park ward – beating the Labour incumbent Maryam Batan by 1,209 votes to 1,096.

“I will be Councillor for all! Thank you, thank you!”

A campaign video Mr Patel shared before the election showed him walking around a local playground silently showing damage to the equipment while music plays, in a clip which was viewed millions of times on Twitter.

At one point he stands atop a slide and raises his arms while looking at the camera – unaware that he is standing behind graffiti which shows a doodle of male genitalia.

“At the end of the day, when Tiger did the video, he didn’t notice the fruity graffiti, but that says it all for us,” Julian Arnold, chairman of the Blackburn Conservative Association, told the PA news agency.

“That’s what’s happening: these community facilities are being vandalised, are being wrecked, and the graffiti says it all – little kids play on there.”

Mr Patel has become well known locally for similar videos highlighting what he says are some of the main issues in the area, including fly-tipping, potholes and the state of local facilities, like the parks.

He previously ran as an independent but said he was moved to run as a Conservative this time after seeing Boris Johnson make speeches on TV – and says he has even been compared with the Prime Minister.

“Somebody said I was the BoJo of Blackburn.”

Fabland comes to London to entertain nation of ‘big kids’