The British alcohol-free brewer has collaborated with Einstök, Hop Notch, Fat Lizard, and Amunsden on a new series of limited-edition beers. 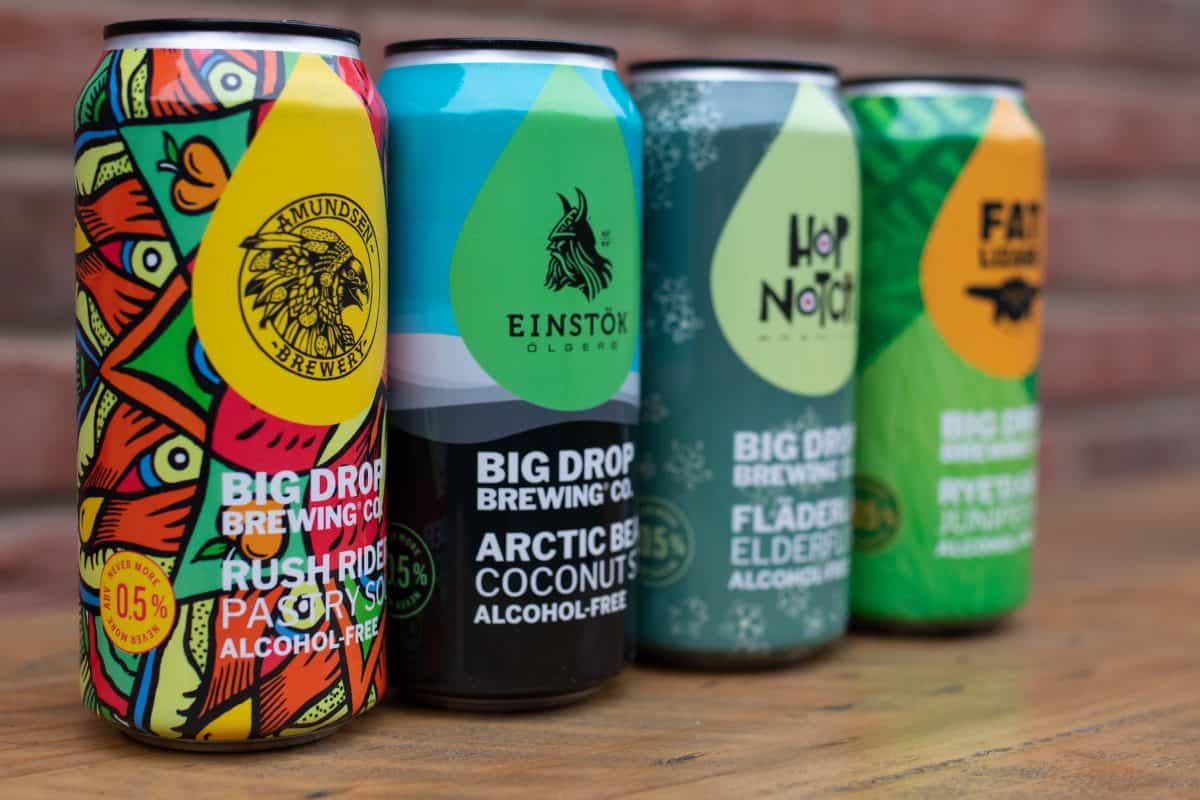 Inspired by the fact that Nordic people are some of the happiest in the world, Big Drop Brewing Co has launched its second ‘World Collab Series’, featuring beers brewed in collaboration with four breweries from Iceland, Finland, Sweden, and Norway.

On the launch of the new ‘World Collab Series’, Rob Fink, founder and CEO of Big Drop, said: “These are all world-class breweries with whom we’ve had great fun conjuring-up big-flavoured beers and brewing them naturally without the need for any artificial nonsense to remove the alcohol. The result isn’t just excellent tasting alcohol-free beer. It’s excellent beer that just happens to be alcohol-free. We’re all about innovation and hope that these special editions will bring the joy of new experiences to people who love great beer.”

With its pink Champagne complexion, Big Drop x Amundsen ‘Rush Rider’ has a bold fruity nose, rife with aromas of peach, raspberry, blueberry, and some sweet pastry alongside feint cranberry, black cherry, and a whisper of strawberries and cream. Peach also continues on the palate with some iced tea notes alongside sweet shortcrust pastry savours, raspberry, blueberry, and vanilla bean. The body is light, thinner than typical of sours but considerably less watery than most leading alcohol-free beers and even light beers. Although slightly less sour than typical of the style, it’s an interesting, easy-drinking alcohol-free alternative.