An IPA brewed especially to be paired with food. 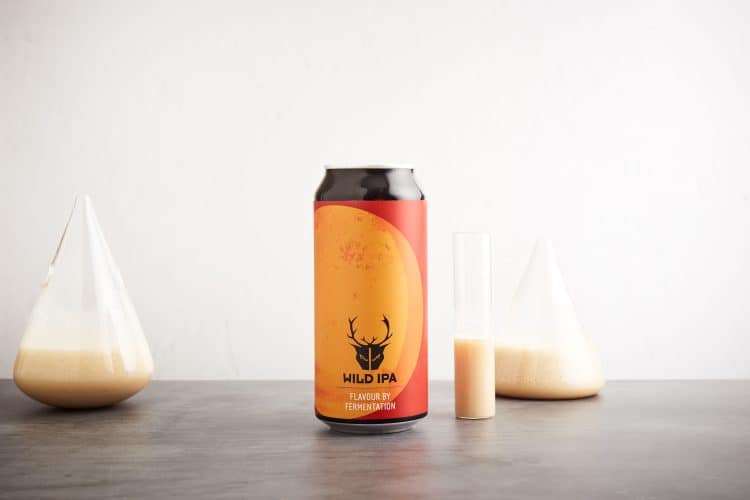 Joining the brewery’s core range, Somerset-based The Wild Beer Co. has launched a brand new range of beers in the lead up to Christmas.

New beers from the brewery include the likes of Wineybeest 2021, a stout matured in wine barrels; Big Buck, a barrel aged barley wine; and B.A.B.S 4, a ‘Barrel-Aged Blended Stout’. These join The Wild Beer Co. core beers such as the flagship Wild IPA, brewed especially to be paired with food.

Established in 2012, The Wild Beer Co was born from a love of fermentation and barrel-ageing shared by founders Andrew Cooper and Brett Ellis. Set against the backdrop of the rolling Somerset countryside, the brewery produces its range of beers using nature, science, and “a little Somerset magic”. Modern, creative techniques are combined with often unusual ingredients to produce interpretations of some of the world’s oldest beer styles. The wild nature of the beer’s produced (hence the name) is displayed through alternative fermentations and the use of unorthodox yeasts alongside the brewery’s barrel-ageing and blending program. The brewery’s house wild yeast, for instance, was captured in a neighbouring cider orchard.

Designed to be enjoyed with food, The Wild Beer Co. Wild IPA is fermented with a unique blend of three yeasts, providing additional layers of flavour and a level of acidity that cuts through rich foods. Talus hops are also favoured, bringing a pink grapefruit note to complement the all-round complexity, ultimately making it perfect for food pairing.

On pour, The Wild Beer Co. Wild IPA is slightly hazy and has bold pink grapefruit and orange aromas joined by white bread dough, pale malt, melon, and a touch of sour cherry. Pink grapefruit and orange continue on the palate, plus some sour lemon sherbet notes and plenty of complexity from the yeast, which lends funky notes perhaps more akin to a farmhouse saison. Elsewhere, a whisper of mango prevails alongside feint toffee and vanilla, while the bitterness is far lower than expected, with much of the punchiness coming from citrus which lingers on the light-medium bitter finish with some pepper spiciness.

The Wild Beer Co. beers are available from the brewery’s website or select bottle shops.

Beer of the Week: Beavertown ‘Light Becomes Her’ Apricot Foeder