Based in Bristol, Lost and Grounded Brewers began brewing in the summer of 2016, following a year of preparation. Fascinated by the precision of German brewing and the idiosyncratic nature of Belgian beers, Lost and Grounded have a 25HL brewhouse from Krones, located in Freising, Germany – home of Weihenstephan. Here, the brewhouse includes a traditional lactic […] 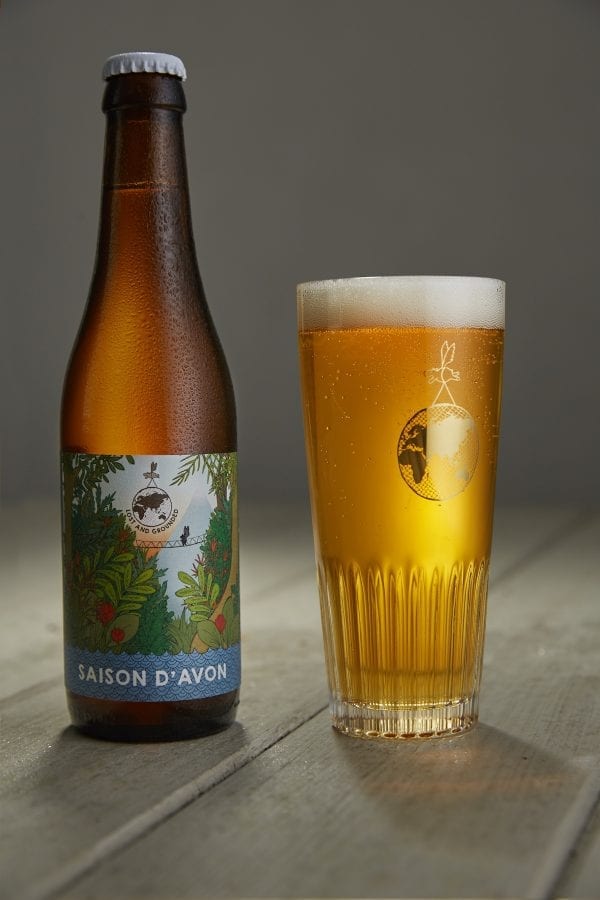 Based in Bristol, Lost and Grounded Brewers began brewing in the summer of 2016, following a year of preparation. Fascinated by the precision of German brewing and the idiosyncratic nature of Belgian beers, Lost and Grounded have a 25HL brewhouse from Krones, located in Freising, Germany – home of Weihenstephan. Here, the brewhouse includes a traditional lactic acid propagation plant, giving brewers the ability to naturally produce “sour” wort with a special strain of lactic acid bacteria used to naturally adjust the beers’ PH throughout the brewing process. This traditional German brewing method also gives Lost and Grounded added flexibility when fine tuning their range of beers.

From the brewery’s core range, Saison D’Avon is unfiltered and bottled with a striking label designed by illustrator Alexia Tucker. Brewed with a base of flaked wheat and oats, plus Pilsner malt, which lends the beer its orange complexion, Saison D’Avon is bolstered with Brewers Gold, Savinjski Goldings and Chinook hops, with Grains of Paradise added towards the end of the boil.

As a style, saison (meaning ‘season’ in French) began life in Wallonia, Belgium. These pale ales would be brewed in farmhouses during the cooler, less active months. Brewing during the cooler months meant the beer would be less likely to spoil while fermenting, before the invention of refrigeration, also providing jobs for farm workers during the quieter periods. The result would be a refreshing beer typically reserved for enjoyment during the summer. Saison D’Avon from Lost and Grounded has higher alcohol by volume than typical of the style (at 6.5 per cent), but is highly carbonated, fruity and spicy – in true saison style.

On pour, the beer is topped with a billowy white head, naturally hazy and with plenty of visible carbonation. On the nose, fruity aromas of banana, apple and gooseberry are joined by spicy notes of white pepper and clove, malt and honey sweetness, plus fresh grassy notes. Notes from Saison D’Avon’s funky bouquet continue on the palate – particularly rife with the fruit and spice notes, with medium body and lively carbonation. Yeast is prominent elsewhere, while some bittering hop savours eventually prevail. Somewhat sweeter than typical, Lost and Grounded’s Saison D’Avon climaxes with a bittersweet fruity character and a dry finish with lingering spice and banana peel.

Further information on Lost and Grounded can be found here.