Ruth Thomas, 37, made the grim discovery while she was searching for an injured fox in a suburban garden in Forest Hill, south east London 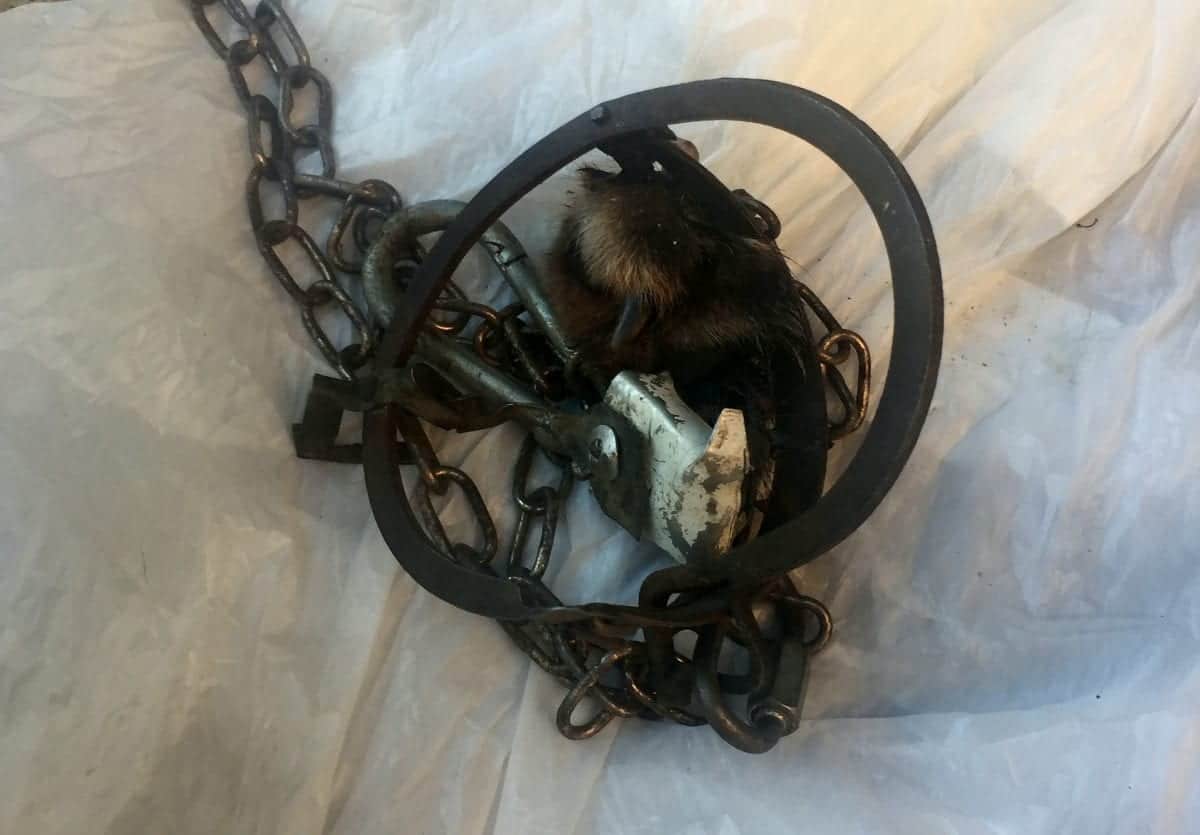 A wildlife charity volunteer was horrified to find a severed fox paw in an illegal gin trap.

Ruth Thomas, 37, made the grim discovery while she was searching for an injured fox in a suburban garden.

She found the paw in Forest Hill, south east London, while working for The Wildlife Lodge.

At first Ruth spotted the ‘barbaric trap’ hidden in a bush – but on closer inspection she made the gruesome discovery.

She said: “We were asked to set up a safe trap to find an injured fox in a lady’s garden.

“I discovered a paw inside a brutal, rusty trap – there was no blood left on it.

“This means the poor fox was running around for days until the paw ‘died’ and fell off with the trap.

“This was a dangerous device, it could have killed a dog or even a child.”

The volunteer said she was shocked at the discovery – claiming she had ‘never seen anything like it’ on the job.

She said: “The garden owner had been feeding a fox every day for years – she hasn’t seen him since.

“God knows how many times this trap had been used; it would have led to such a nasty infection. This was an indiscriminate crime, whoever did it deserves to be locked up.

“I reported the paw and trap to the Wildlife Crime Prevention Unit.

“Wildlife is not seen as an important issue, but who else will stand up for the animals.”