The 75th edition of the Festival de Cannes has drawn to a close. A return to a semblance of normalcy after two years of global horror caused by the Covid-19 pandemic, it was time again to congregate at the church of cinema and enjoy, or hate, but as long as we debate, the selection of […] 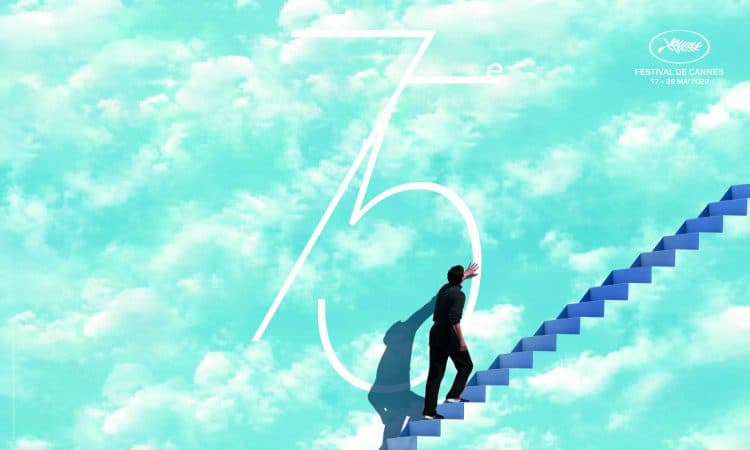 The 75th edition of the Festival de Cannes has drawn to a close. A return to a semblance of normalcy after two years of global horror caused by the Covid-19 pandemic, it was time again to congregate at the church of cinema and enjoy, or hate, but as long as we debate, the selection of films presented.

Look, the festival can be rightly or wrong criticised, nit-picked to death over real matters and extremely trivial ones. It can be held to such insane standards, by outsiders lacking self-awareness especially, the fest cannot hope to achieve them. Some think the glitz and glamour is out of touch (funny how the Oscars is never charged with this ‘crime’), that the selections are too biased, there’s not enough representation, or Cannes must somehow solve the problems of the world. But there is no magic solution. As the saying goes: empty vessels make the loudest noises. Complaining and posing are easy. In the end, Cannes can only continue to do what is really it’s sole remit: celebrate cinema and movie-makers, established giants and new voices. Anything they pick or don’t pick, there’s a debate to be had, of course, but the issue of diversity and systemic privilege,it is bigger than Cannes, than any film festival, and is especially galling coming from very privileged people who will never give up their own position for another person, so let’s not waste time or energy chasing an imagined film festival utopia, or that Cannes is supposed to be a hot bed of political radicalism. It’s the biggest film festival on the planet, that’s what it is.

Now to the good stuff. The festival began with Forest Whitaker rightly honoured with the lifetime achievement Palme d’Or. Tom Cruise was also presented with a surprise Palme d’Or too, for not just his astonishing body of work, but his dedication to keeping the big screen experience alive at a time of crisis and the rise of streaming services. Top Gun: Maverick proved to us all: size matters.

Cannes is always a celebration of cinema as art, as entertainment, the medium treated with not just respect but reverence. Movies are the most important of the least important things in life (to nick a football quote). Therefore, it was entirely fitting Michel Hazanavicius’ latest opened proceedings. His film turned out to be a joyous celebration of moviemaking, the zombie comedy Final Cut.

The jury this year was led by the great French actor, Vincent Lindon. He and his assembled fellow jurors spread the awards in interesting combinations. Jerzy Skolimowski’s runaway donkey fable, EO, shared the jury prize with The Eight Mountains, co-directed by Charlotte Vandermeersch and Felix van Groeningen. The Dardenne brothers also received a special award, on the occasion of the 75th Cannes Film Festival, for their moving tale of two migrant children, Tori and Lokita. It certainly would have been wrong for it not to be awarded something, given the skilled storyline and the film’s staunch attack against xenophobia and racism.

The best screenplay award went to Tarik Saleh, for Boy from Heaven, while Best Director went to the brilliant Park Chan-wook, for what is easily his most mature work to date, the excellent psychological romance thriller, Decision to Leave. The Grand Prix was unexpected, but the great Claire Denis shared it with Lukas Dhont’s Close. Denis is one of cinema’s great sensualists, a singular filmmaker, but critics were split right down the middle on her adaptation of Dennis Johnson’s novel, Stars at Noon. While the gathered press went nuts for Close, the film reducing some critics to emotional wrecks, likely to last for days on end.

The acting prizes surprised nearly everybody. Zar Amir Ebrahimi won Best Actress for her role as an investigative journalist on the trail of a serial killer, in Ali Abbasi’s stunning Holy Spider. Meanwhile Song Kang-ho picked up Best Actor for Broker, the new film by Hirokazu Kore-eda.

Now for the big one. Ruben Östlund, in the space of a few years, has bagged two Palme d’Ors. That is one hell of an achievement. Triangle of Sadness proved a controversial choice, at least with critics, many of whom hated its guts. A tale of class antagonism on the high seas, the satire about the idle rich and a working-class cleaner who turns the tables on them in their hour of need, Östlund’s script and film should be absolutely celebrated for making Abigail (Dolly De Leon), an unsympathetic and devious character in her own right. Because it made the story more uncomfortable and provocative, our audience expectations perhaps even satirised: that we need a plucky prole fighting back against the establishment in order to feel good about ourselves. It was a bold pick. Cinema! Cinema!

For a full list of winners, including the Un certain regard, Camera d’Or and short film prizes, click here.