★★★★★ In the Iranian city of Mashhad, between 2000-2001, a serial killer murdered 16 prostitutes. Upon capture, Saeed Azimi told the authorities he was doing the work of God, cleaning his home city of vice and moral corruption. Many in the country appeared to believe him and rallied against his conviction, turning the case into […] 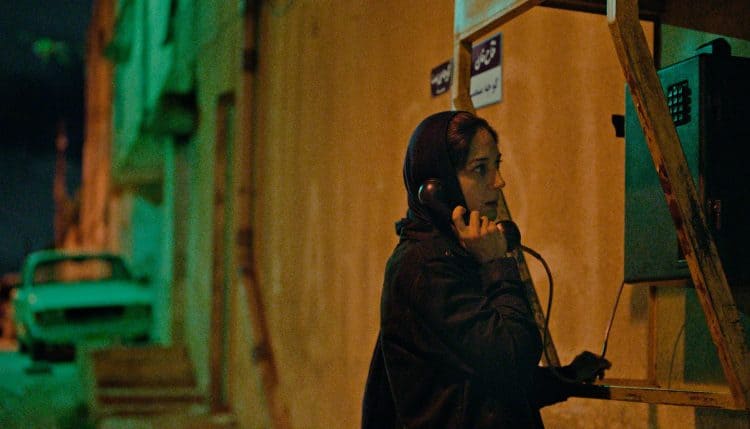 In the Iranian city of Mashhad, between 2000-2001, a serial killer murdered 16 prostitutes. Upon capture, Saeed Azimi told the authorities he was doing the work of God, cleaning his home city of vice and moral corruption. Many in the country appeared to believe him and rallied against his conviction, turning the case into a national phenomenon.

Ali Abbasi’s grim drama about predatory evil dressed up as a religious cause begins as a textbook Hitchcockian homage before transforming into an exploration of twisted morality under a theocratic state. It’s a gutsy move, segueing from a familiar setup with standard tropes we’ve seen and enjoyed before, into something deeper and more profoundly disturbing, but Holy Spider (2022) achieves its switcheroo with aplomb.

Abbasi’s intentions are empathetic and genuine. The film begins following a young prostitute on the streets of Mashhad. She looks ill, is clearly destitute and wholly desperate for cash. When Saeed appears as a punter looking for sex, she follows him and he strangles her before dumping the body and calling the local newspaper to taunt about his exploits.

When a disgraced female reporter from Tehran pitches up in town, asking questions and wondering if a conspiracy is unfolding in Mashhad, involving the police basically allowing the serial killer to operate because he’s getting rid of society’s undesirables, Rahimi (Zar Amir-Ebrahimi) decides to go undercover to roust the snake from his hiding hole.

In a short space of time, Abbasi has established himself as a major talent and Holy Spider reconfirms it. While it has a lot of genre style thrills and tension in the first half, including what feel like direct nods to Hitchcock’s 1972 chiller Frenzy, when the film hits a higher and more stomach-churning gear, in the latter stages, where Abbasi and his screenwriter use the storyline to drive home the horrors of misogyny and patriarchal oppression, Holy Spider’s commitment to exposing religious and social hypocrisy in Iran elevates it further. It’s both a cracking thriller and a movie with something to say about how women suffer in the world. For Saeed declares he is God’s righteous right hand but really he’s necrophile sicko cynically justifying his base desires to eager-eared clerics and fellow misogynists as important to his homeland.

Excellently performed by the principle leads and featuring a fantastic score by Martin Dirkov, smothering entire scenes in a powerful squall of wailing strings and droning synths, Holy Spider is arguably the most impressive serial-killer movie since David Fincher’s Zodiac (2007).