★★★★★ Have you ever seen a film and been caught completely off guard, by surprise, left wondering what the hell it is you’ve just seen? Well, Jerzy Skolimowski’s EO (2022) is such a film. Works like this are made for festivals such as Cannes, where you’re left initially perplexed and bewildered, but once you let […] 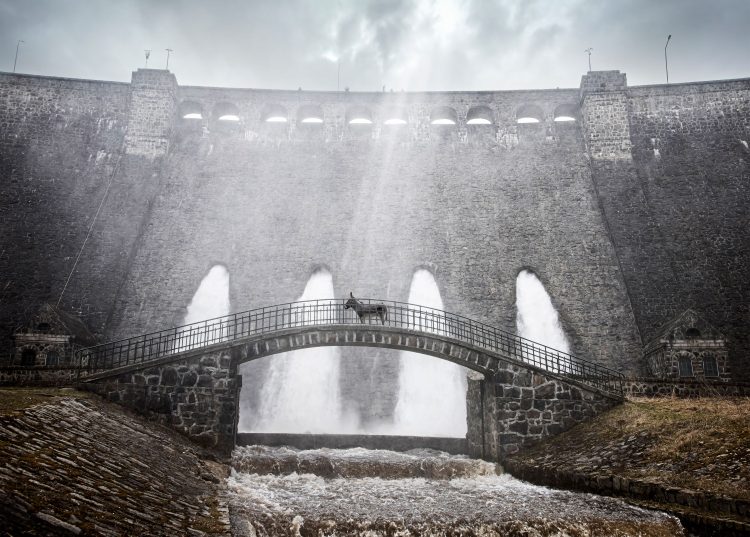 Have you ever seen a film and been caught completely off guard, by surprise, left wondering what the hell it is you’ve just seen? Well, Jerzy Skolimowski’s EO (2022) is such a film. Works like this are made for festivals such as Cannes, where you’re left initially perplexed and bewildered, but once you let its effect take grip, you’re very glad you saw it. Bold, frightening, intense, experimental, mysterious and dazzling, the Polish filmmaker’s movie about the life and times of a humble donkey on a picaresque journey through the countryside, is at turns a nightmare, a surreal poem, a cry from the heart, an existentialist text and, most of all, a singular expression of artistic endeavour.

Comparisons, of course, will be made to Robert Bresson’s world cinema classic, Au hazard, Balthasar (1966), but Skolimowski’s take on the noble beast of burden isn’t interested in a Christ allegory re-run. What we can deduce is EO the donkey being a desperate creature running here, there and everywhere, but people constantly get in his way, make demands of his time. Is he running from an inescapable fate? What are his aims? Eschewing any shred of Disney-style anthropomorphism, EO feels animal-specific – a comment on how, because humans give the world its frame of reference, therefore everything exists for us to use – but also works beautifully as symbolic drama, a grim fairy tale (one scene references 1937’s Snow White and the Seven Dwarves and 1955’sThe Night of the Hunter), and a Kafka-esque tale about entrapment and the yearning for liberty.

The hurried and harassed energy of the movie is accompanied by a booming score from Paweł Mykietyn and strobe lighting and blood red filters dominate entire scenes in a way that recall Gaspar Noé. In 85 minutes, a series of vignettes play out, completed by a hilariously random cameo by Isabelle Huppert, playing a French-Italian bourgeoisie. As stated, there’s enough room allowed here for us suggest Skolimowski is making broad points on animal rights and maybe political statements on the destructive horror of the world we live in, but also to invite the viewer to interpret scenes and images in a host of ways.

EO isn’t cute nor endearing. He simply exists. Maybe he symbolises none of the things mentioned at all, and that he’s just an unlucky creature living among people and it’s enough to bear witness to his travails and ponder how animals around us are inherently unknowable because we only treat them as things or as cutesy pets and do not dwell or appreciate them on their own terms (by leaving them alone). That’s the allure and power of EO. One thing is for sure: octogenarian actor and director Skolimowski has crafted a unique and endlessly fascinating cinematic experience.