One cannot help but marvel at the genius exploits of the life of Isaac Newton, Galileo, Kepler, Copernicus, and Leonardo da Vinci. Yet prior to these great men of science came Ulugh Beg. His little-known life and work are now featured in a Tashkent premiere documentary “The Man Who Unlocked the Universe” and this film […] 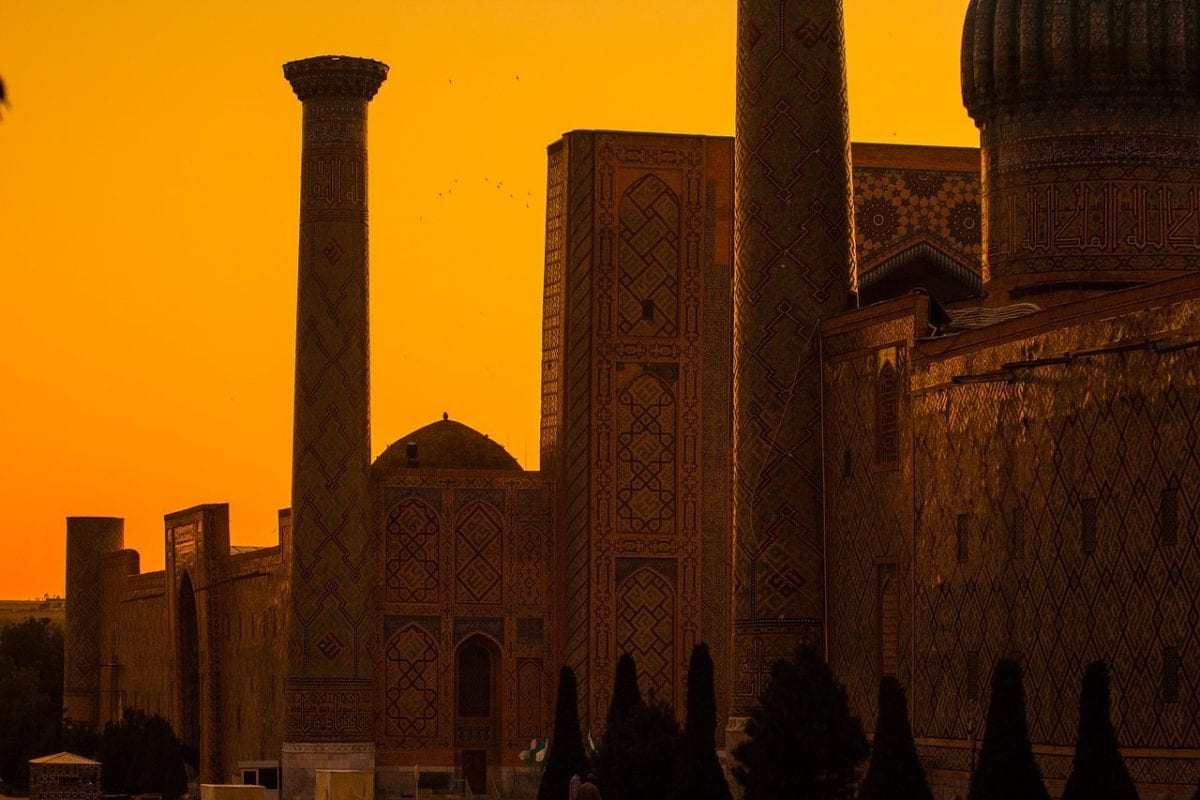 One cannot help but marvel at the genius exploits of the life of Isaac Newton, Galileo, Kepler, Copernicus, and Leonardo da Vinci. Yet prior to these great men of science came Ulugh Beg. His little-known life and work are now featured in a Tashkent premiere documentary “The Man Who Unlocked the Universe” and this film will surely make Ulugh Beg be seen in the same light as the great pioneers of scientific discovery.

Ulugh Beg was born in 1394 in Samarkand now Uzbekistan. Son of the ruling King, he became ruler in his teenage years. In 1411, his reign over the whole Mavarannahr Khanate (Empire) began. Although a seasoned warrior his mind was always focused on the arts and mathematics. He brought this enlightened culture to his people. He transformed Samarkand from a medieval country to one that delighted in arts, culture, and science. This happened 150 years before Galileo invented the telescope.

The film produced by Lola Karimova-Tillyaeva and Timur Tillyaev has already started to collect awards. At the 74th Venice International Film Festival, it scooped the Kineo Prize for the Best Foreign Documentary as well as the Best Documentary Award at the Ischia Film Festival in 2017.

Ulugh Beg’s story proved irresistible to the filmmakers. Mrs Karimova-Tillyaeva explained, “I have been fascinated by Ulugh Beg ever since I was a child.

“Every time I visited Samarkand and heard about the scientific discoveries made by this celebrated scholar and peace-loving ruler – a man who in the 15th century turned Samarkand into the epicentre of the world’s most advanced studies in astronomy − I thought that his extraordinary story should be told to the world.”

Ulugh Beg’s ambition was to create a scientific centre or university where science could be studied in-depth. In 1417 work on a madrassa, a university, began. Three years later it was completed, and he invited leading Islamic scholars of the time to study there. The building still survives to this day and can be found on Registan Square in Uzbekistan.

If the madrassa was a great achievement his best was yet to come. In 1428 he built what was in all probability at the time the largest observatory in the world called the Gurkhani Zij.

Ulugh Beg lacked telescopes to observe the stars as the technology would not be invented for another 150 years. To compensate he increased the length of his sextant to 36 meters. This would later become known as the Fakheri Sextant.

With the better-improved sextant, Ulugh Beg was able to accurately chart 994 stars. His work built on the work of others and corrected their mistakes. He had a particular gift for trigonometry and he wrote sine and tangent value tables correct to eight decimal places.

Using his gifts, he was able to reposition 964 fixed stars far more accurately than any other Arabian scholar.

Ulugh Beg’s model of measuring a tropical year had an error of +25 seconds was more accurate than Copernicus’ model which was +30 seconds inaccurate.

Despite the lack of a telescope, Ulugh Beg was able to determine the Earth has an axel tilt of 23.5047 degrees.

Despite his love of culture and science, there was no escaping the fact that, Ulugh Beg lived in a time of empire and military conquest.  Like most rulers, he was forced to fight many battles to retain the empire or face down direct threats to his leadership. One of which claimed his own life.

Nonetheless, according to the filmmakers, Ulugh Beg was at heart a man of peace bringing the wonders of science and art to the people of Samarkand.

The documentary about his life is arguably overdue and one cannot help but wonder how many others have disappeared into history with their achievements going unnoticed.

Ulugh Beg’s work was continued to be revised and cited well into the 1900s by English academics.

Where can I watch The Man Who Unlocked the Universe?

The film, The Man Who Unlocked the Universe, was released in 2017 to critical acclaim. It has almost a flawless rating on Rotten Tomatoes.  It features a cast comprised of accomplished actors many of which originate from Uzbekistan.

Available to watch on Amazon, the film is arguably a true achievement in terms of cinematic writing and direction, but also in how it sheds light on a true genius of science who lived in a hostile and extraordinary time. A man who somehow was able to bring true knowledge and culture to his people in a time when conquest, power, and glory were the goals of his contemporaries.

The role of film producers: Lola Karimova-Tillyaeva and Timur Tillyaev

Mrs Karimova-Tillyaeva heads two major charitable organizations in Uzbekistan and is renowned for her key role in promoting education and sports as well as championing the rights of orphaned children and children with disabilities in Uzbekistan.
Lola Karimova-Tillyaeva has always adhered firmly to her belief that education, culture and sports are key factors in promoting peace and tolerance, and function as a bridge between civilizations, helping to overcome ignorance and stereotypes.
“This is the first time my husband Timur Tillyaev and I have taken on the role of film producers. We are delighted to be so actively involved in this documentary about the remarkable life and work of the renowned fifteenth-century philosopher and scientist, Ulugh Beg. I’ve always been fascinated by his personality and the historical role he played, it’s been my dream to make a documentary about him – a great thinker, peace-loving leader, a Renaissance man endowed with a unique set of human qualities that were beyond his time. For me, Ulugh Beg is an outstanding figure who transcends borders and ages.