The punk group released the anti-authoritarian record during the Queen’s silver jubilee in 1977. 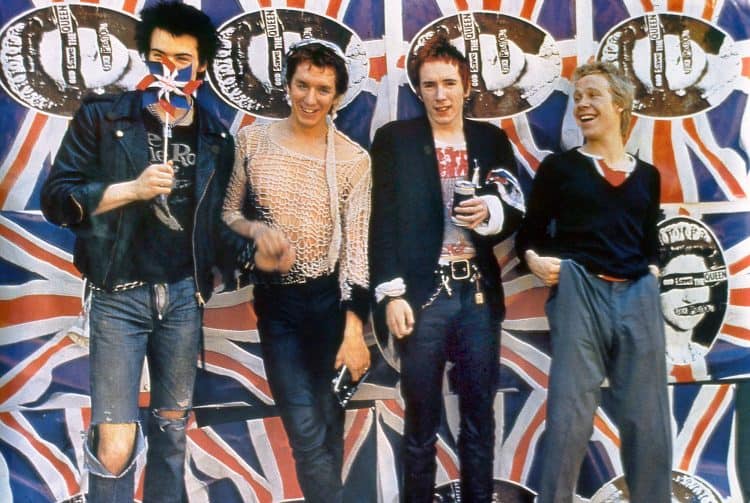 The Sex Pistols are re-issuing their once-banned punk rock anthem God Save The Queen to mark the Queen’s upcoming platinum jubilee.

The punk group released their anti-authoritarian hit in 1977 to mark the silver jubilee of Queen Elizabeth II, and it was banned by the BBC.

Despite this, the song reached number two in the UK singles charts. It is the only time in chart history that a track was listed with a blank title to avoid offence.

The band later promoted the record on their own Jubilee boat trip along the Thames which ended in their arrest.

At the time, the group were dropped by their record label A&M and the band released the single through Virgin after signing a new deal.

To mark the Queen’s Platinum Jubilee, 4,000 copies of the punk anthem will be re-released through Virgin, and 1,977 copies of the rare A&M version will also be available.

The A&M version will include a B-side to the record of original release No Feelings, while the Virgin edition will have Did You No Wrong.

Both versions will recreate original artwork, with the A&M edition featuring its generic company sleeve and pressed on silver and platinum vinyl, while the Virgin single has Sex Pistols artwork designed by Jamie Reid.