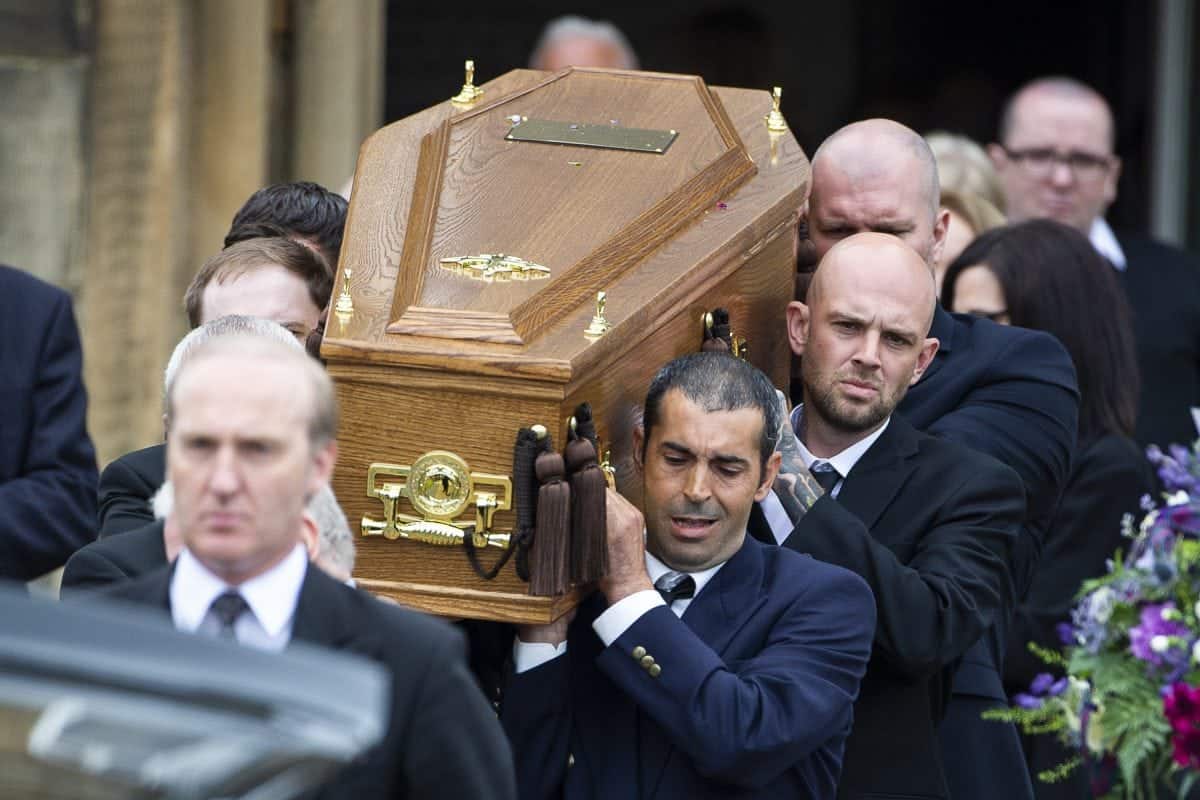 Hundreds of fans have lined the streets to attend the funeral of one of Scotland’s most beloved musician’s today (Thur).

The Edinburgh born musician died surrounded by family at Forth Valley Hospital, Larbert, at 6am on July 2 at the age of 70.

Alan’s bandmates were not present at the service as they are currently touring in Australia.

But his former bandmate Nobby Clark was there to pay his respects. 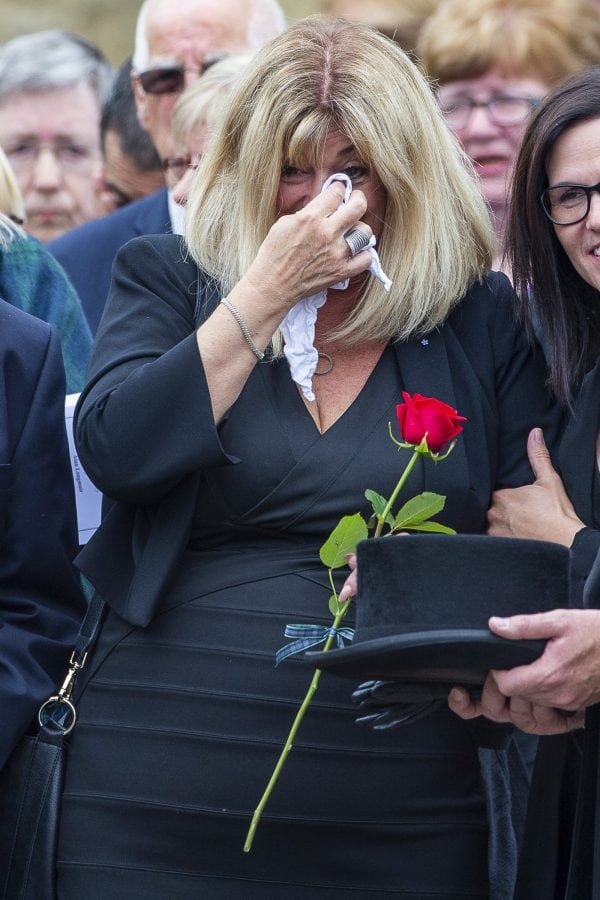 Stepson Nik Rankin and close friend Liam Rudden paid tribute to Alan at the service, which started with the hymn Morning Has Broken and ended with Abide By Me.

Highland Cathedral was also played on the bagpipes as the coffin was brought into the church. 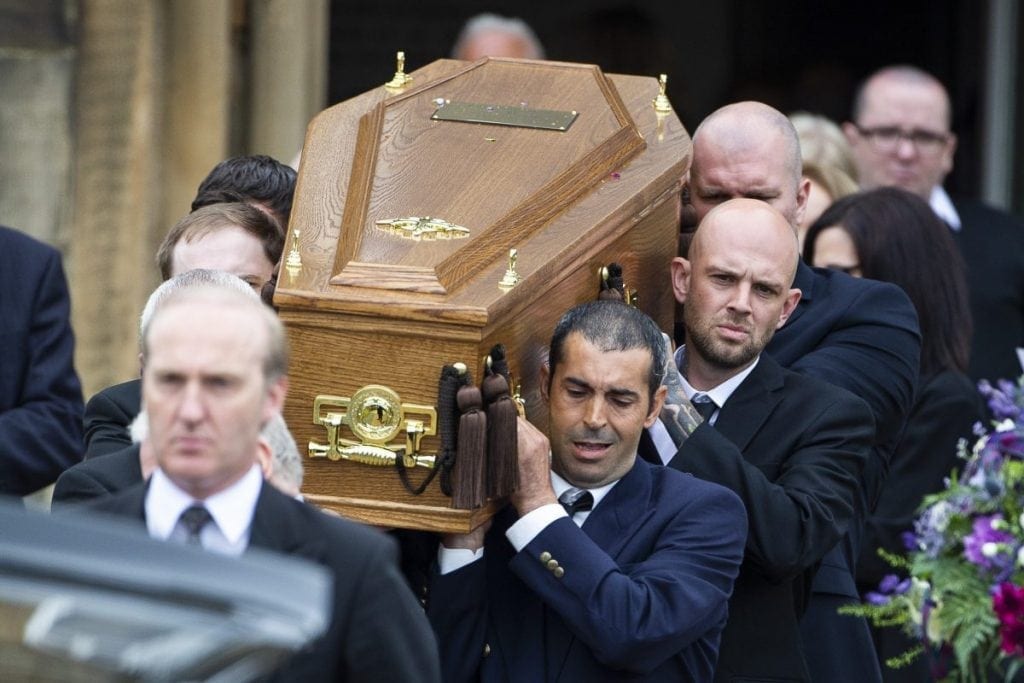 Earlier this year the Bye Bye Baby musician fell seriously ill from mystery bug in Mexico where he was on holiday with his wife Eileen.

He was rushed back home to Scotland where he spent three days fighting for life in intensive care as the virus attacked his vital organs.

He died three weeks after being flown home from Mexico by air ambulance. 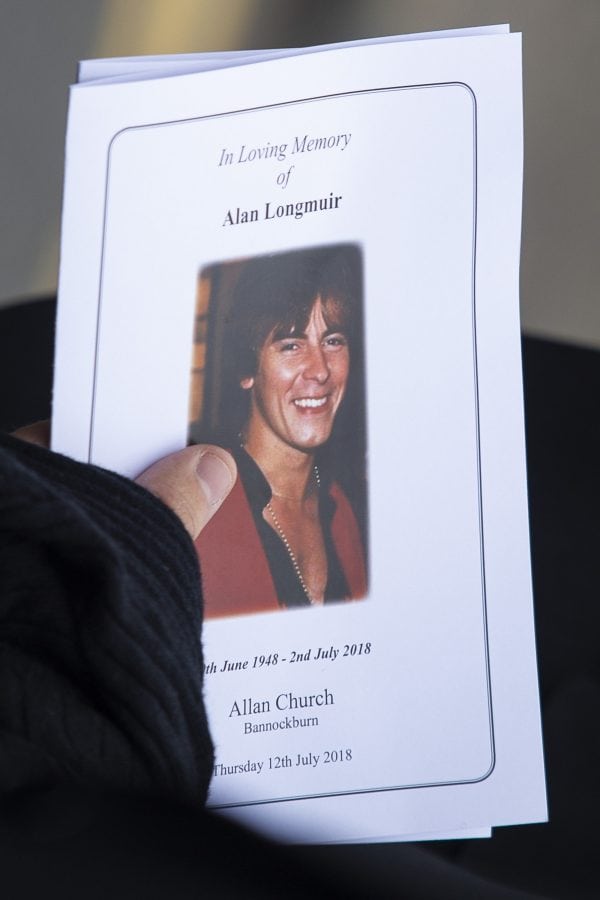 The bass guitarist formed the Bay City Rollers with brother Derek and went on to find huge chart success and sold more than 120 million records worldwide.

The tartan-clad Edinburgh band were massive in the 1970s thanks to timeless hits such as ‘Bye Bye Baby’ and ‘Shang-A-Lang’ and were swarmed everywhere they went by adoring fans.