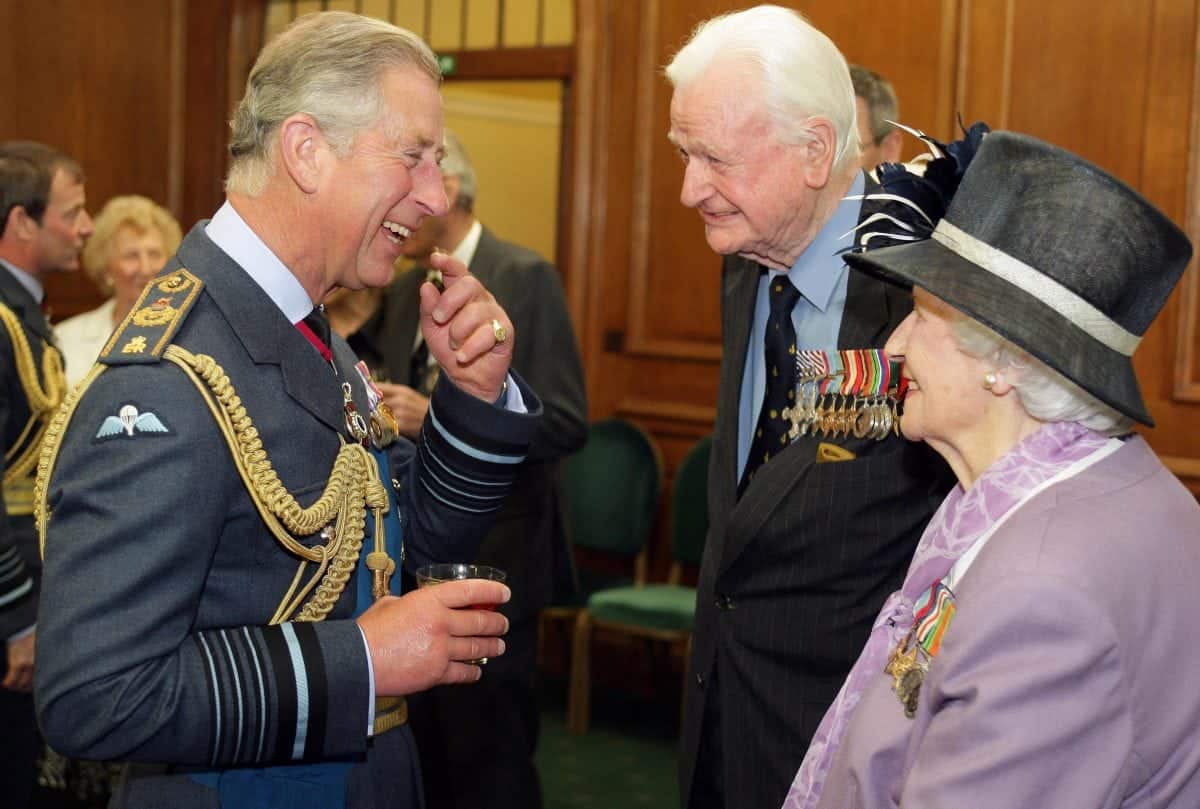 One of the last surviving RAF ‘aces’ who fought in the Battle of Britain has died at the age of 97.

The RAF hero was awarded the Distinguished Flying Cross (DFC) and Bar and Air Force Cross (AFC) for his extraordinary bravery during the dark hours of 1940.

He flew a total of 141 combat missions during the Battle of Britain and was credited with 13 ‘kills’.

Today a family friend, who asked not to be named, said: “Tom was a truly great man.

“He, like all those alongside him, served his country with great courage.

“It gives us great comfort that he lived to see the centenary of the RAF that he served with such distinction, pride and bravery.

“His story was straight out of Boy’s Own, but he was a modest, dignified and remarkable man. He was immensely proud of his country.

“Tom’s wife Eileen was well into her 90s when she passed four years ago. She was his devoted partner for life.”

He said: “We are greatly saddened by his death and our hearts go out to Tom’s family – we have lost a true friend.

“He was the epitome of a Battle of Britain pilot. It was a great honour to have known him.”

It is believed that, following Wing Commander Neil’s death, just one Battle of Britain ace is still alive today – sergeant pilot Paul Farnes, who is aged 99.

The term ‘ace’ refers to a WW2 pilot who shot down at least five enemy planes in combat.

Wg Cmndr Neil shot down a total of 13 planes during the Battle of Britain between July and October 1940.

During these months the RAF successfully repelled the German Luftwaffe as it carried out raids across the UK as a prelude to a planned Nazi invasion.

Earlier this year, Mr Neil admitted his prolific record in the battle came in spite of the fact he had never even sat in a Hurricane until a week before he began live operations.

He attributed his survival to an ‘instinctive’ knack of always being aware of what was around him in the sky and said he was ‘lucky to have that abiliity’.

Mr Neil was only 19 when he took to the skies above Kent and Sussex in 1940 to fight off a large-scale attack from the German Luftwaffe.

The pilot had outlived his wife, Eileen, in 2014 after she went blind and suffered a battle with glaucoma.

The pair married in 1945 after meeting at RAF Biggin Hill during the war, where Mrs Neil worked in the underground operations room.

Tom leaves behind three sons Terence, Patrick and Ian and his grandchildren.

The family has asked that their privacy is respected at this time.

There will be a private cremation followed by an open memorial service for Tom and Eileen to be held in Norfolk at a later date.