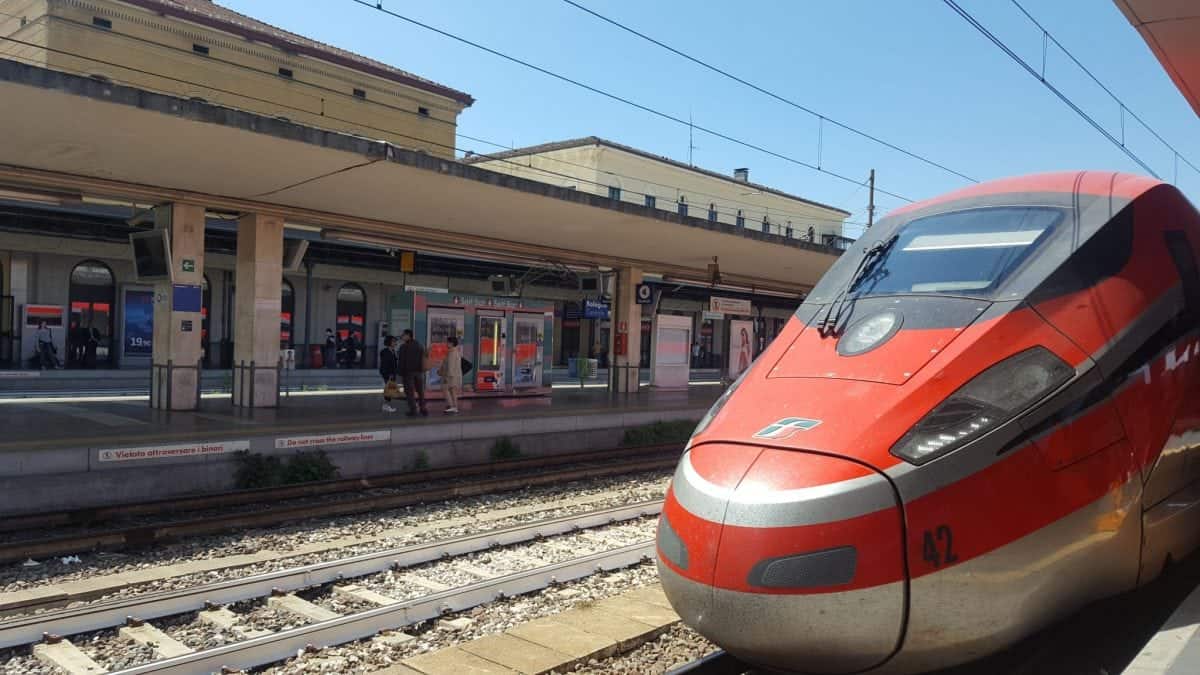 Despite been a self-confessed trainaholic hailing from a corner of Yorkshire that lays just a stone’s throw away from the proposed London-Leeds route I have always maintained a bit of an indifferent attitude towards HS2.

It’s perhaps not surprising given that high speed rail has become a rather outdated concept in contrast to US tests of a Hyperloop system and record speeds of 374 mph in Japan with its Maglev rail system.

As Emma Haslett wrote here, after decades of hurt at the hands of Britain’s antiquated rail system commuters have become a little nonplussed about the challenges it presents, and half an hour off a commute to the Midlands is hardly going to repair our scars.

And I would have agreed had I not sampled Italy’s high speed Frecciarossa trains last week on two occasions, which was enough to completely change my perspective on our own ambitious infrastructure project.

Now let me say this for the record; The Frecciarossa are delightful trains to ride. They are spacious, clean, comfortable and ruddy fast to boot. The trains reach speeds of 300 km/h at their peak delivering inter-city journeys between Milan and Rome in under three hours and Napoli in the south west to Venice in the north east in under five.

From our base in Bologna we made two return trips on the Frecciarossa, with Venice and Florence been made perfectly feasible day trips thanks to the rapid speed.

But what surprised me the most is that when I reflected on both journeys the speed was the least impressive aspect.

First of all, we sat in a Premium Economy class which was wedged between the cattle carts and first class. For a €10 surcharge we enjoyed sparkling wine and snacks along with extra leg room with seat reservations that were made – in typical Italian fashion – so that we faced each other across a table rather than sitting side by side.

The extra space afforded the possibility to confront the challenge British intercity rail trains face in carrying four empty carriages reserved for first class passengers and four rammed carriages carrying economy passengers. By putting a middle ground in between and making first class a real experience for the price you satisfy all markets and probably make a little more money on top.

As far as environmental concerns go I was relieved to see the effort that had been put in to ensure the high speed rail system barely left a mark on the Tuscan countryside that it dissects. Simply put, if you weren’t sitting on the train you would barely notice it was there.

For those who are worried about the environmental impact HS2 will have on beauty spots such as the Chilterns or Yorkshire’s countryside I encourage you to check the infographic below. Two million trees will be planted along the route between London and the West Midlands alone and most of the route will be tunnelled in the same way Italy’s high-speed rail is.

With proposed speeds of 400 km/h and 14 trains an hour in each direction perhaps this is worth the investment after all. I just had to sample it for myself to find out.