By Nathan Lee, TLE Correspondent Last week news filtered through that Japan’s Maglev had set a speed record of 374 miles per hour. As plans are HS2 are unveiled in Britain, cutting journey time between London and Birmingham from 1hr 21min to 49min, the experimental magnetic levitation train looks set to slash times between Tokyo and Nagoya to 40 […] 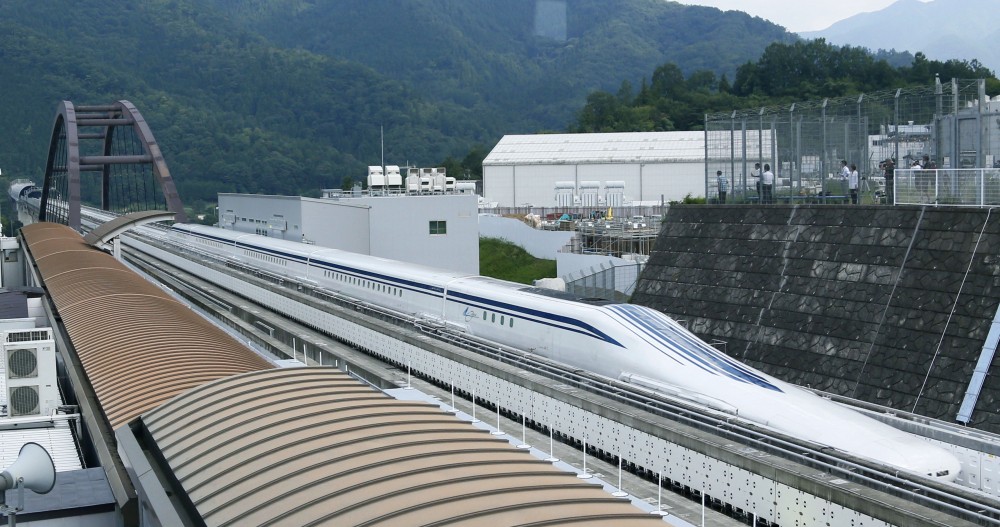 Last week news filtered through that Japan’s Maglev had set a speed record of 374 miles per hour. As plans are HS2 are unveiled in Britain, cutting journey time between London and Birmingham from 1hr 21min to 49min, the experimental magnetic levitation train looks set to slash times between Tokyo and Nagoya to 40 minutes – a trip that takes five hours by car. With intercity travel back on the agenda, what does this mean for the future of rail travel outside Asia?

Application of Maglev rail systems have existed for some time. The first commercial automated Maglev system was built at Birmingham International Airport, shuttling passengers to the nearby railway station between ’84 and ’95. Like modern express lines the trains ‘flew’ at a altitude of 15 millimetres leviated by electromagnets and propelled with linear induction motors, but the line was closed when problems with the electronic systems and a lack of spare parts made it unreliable in its later years. Most maglev systems were slow-speed and short distance due to the cost of implementing the system. But several high-speed versions have been developed or are currently under development in Asia, which could breathe new life into the once short-haul and cumbersome locomotive.

China currently runs a commercially operated high-speed magnetic levitation line in Shanghai, reaching speeds of 268 mph compared to average express train speeds of between 65 mph and 150 mph. But the line has faced several challenges. Following its opening the train ridership levels were at 20 per cent of capacity, namely because of limited operating hours, high ticket prices and a terminus that is outside the city centre. But it remains the world’s fastest passenger-carrying train, and the search for faster speed continues. Last year Chinese researchers at the Applied Superconductivity Laboratory of Southwest Jiaotong University claimed a new concept based on Maglev technology could potentially reach speeds of 1,800 miles per hour. The “Super-Maglev” is a concept of a train encapsulated in a vacuum tube which removes the speed limitation of air resistance. Researchers say more than 83 per cent of traction energy is wastefully dissipated in air resistance. Remove this resistance and you have an interesting proposition. Speed is certainly the element that appeals the most internationally. Test runs on Japan’s Maglev caught the attention of the media in the US, most of whom saw huge potential in using such networks to traverse the vast country. Quartz calculated that a Maglev could connect Washington and Chicago in one hour and 13 minutes, Seattle and Los Angeles in six hours and 30 minutes and New York and Miami in five hours 20 minutes. But speed isn’t the only attraction of magnetic levitation trains. Without tracks to run on there is limited guideway maintenance and Maglev trains are little affected by the weather. The lack of physical contact between the track and the vehicle also means that trains don’t experience rolling resistance and operate more efficiently as a consequence. Other environmental gains include less noise pollution and more routing flexibility leading to less physical damage. But there are drawbacks. The cost of installing routes is scarily high and many of the operational and maintenance skills are very specialist. Additionally, any malfunction will cripple the entire line (the magnet literally stops working). The main draw back, certainly when considering the feasibility of international models, is a lack of interchangeability. A Maglev system in the UK, for example, would be a standalone project working alongside our current infrastructure, which means there would be no room for borrowing rolling stock or going onto other routes.

But as the recent tests in Japan show, if there ever was to be a ‘railway of the future’, the high speed Maglev would certainly be it.