Agree or disagree with today’s cabbie protest against Uber, but even its drivers would concede that a black cab journey costs a fair chunk of cash. Anyone stung by a foolhardy moment of extravagance will regret it when the metre notches up your spend quicker than a petrol station pump. It transpires that this cash […] 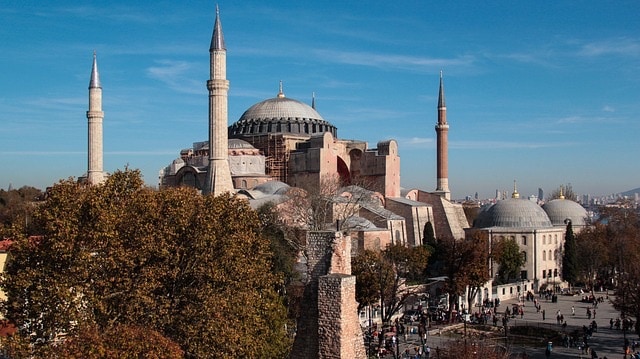 Agree or disagree with today’s cabbie protest against Uber, but even its drivers would concede that a black cab journey costs a fair chunk of cash. Anyone stung by a foolhardy moment of extravagance will regret it when the metre notches up your spend quicker than a petrol station pump.

It transpires that this cash – or fun tokens, if you will – could be better spent flying hundreds of miles to somewhere exotic and/or cheaper than Balham.

So when debating on a black cab vs night bus when you’re next on a night out, these are where midnight taxi fares could take you, according to cheapflights.co.uk.

The Shard to East Dulwich or Stansted to Oslo, Norway

After dining at one of the restaurants within Europe’s tallest skyscraper, the short retreat back to the leafy ‘village’ of East Dulwich is just four miles, but can add up to the princely sum of £22.

Although not much in the grand scheme of international air travel, a mere £21 can secure a ticket 636 miles away to ‘The Tiger City’: Oslo. Though there’s much to be explored within the 1,000-year-old capital city, beyond the city limits, the promise of lush forests and picturesque lakes draws in all holidaymakers in the summer months.

Piccadilly Circus to Richmond or Stansted to Fez, Morocco

The District Line has stopped for the evening after one too many cocktails in Soho and so the black cab beckons. With a distance of just over nine miles it is immediately clear the price is not going to be pretty. £38 clocks on the metre and that fear is confirmed.

Bag a return journey to a completely different continent for a few quid less. Flights to Fez from Stansted (around 1,260 miles one way) take you away to the warmer climes of Morocco, where temperatures average highs of over 30 degrees in the summer months. Return tickets start from just £35.

Brixton to Bounds Green or Luton to Belgrade, Serbia

Trading in the North London life for the nightlife of Brixton, it is time for a quick venture through the night markets, perhaps followed by a visit to the O2 Academy. Despite the shocking drink prices inside the venue, the worst is yet to come – the cab ride home will strip you of any remaining funds to the tune of £50!

Brixton may be for the mavericks and home to a fair share of hipsters, but take that £50 and a 1,060 mile return trip to Belgrade from Luton could be on the cards. Recognised as one of the most up-and-coming cities in Europe, Belgrade’s Savamala district puts London’s hipsters to shame.

Shoreditch to Heathrow or Gatwick to Istanbul, Turkey

Last night in London before a holiday: time to head to the clubs of Shoreditch before a horribly early flight from Heathrow. After all, you only live once right? Hopefully the destination that you’re headed to has its share of bargains because a taxi ride is going to cost in the region of £80!

Or you could straddle two continents in the city of Istanbul from Gatwick, around 1,540 miles away, for just £77 return. Fortunately the city is a bargain hunter’s paradise with the Grand Bazaar the ideal place to test out those haggling skills.