The site was the reported birthplace of King Arthur 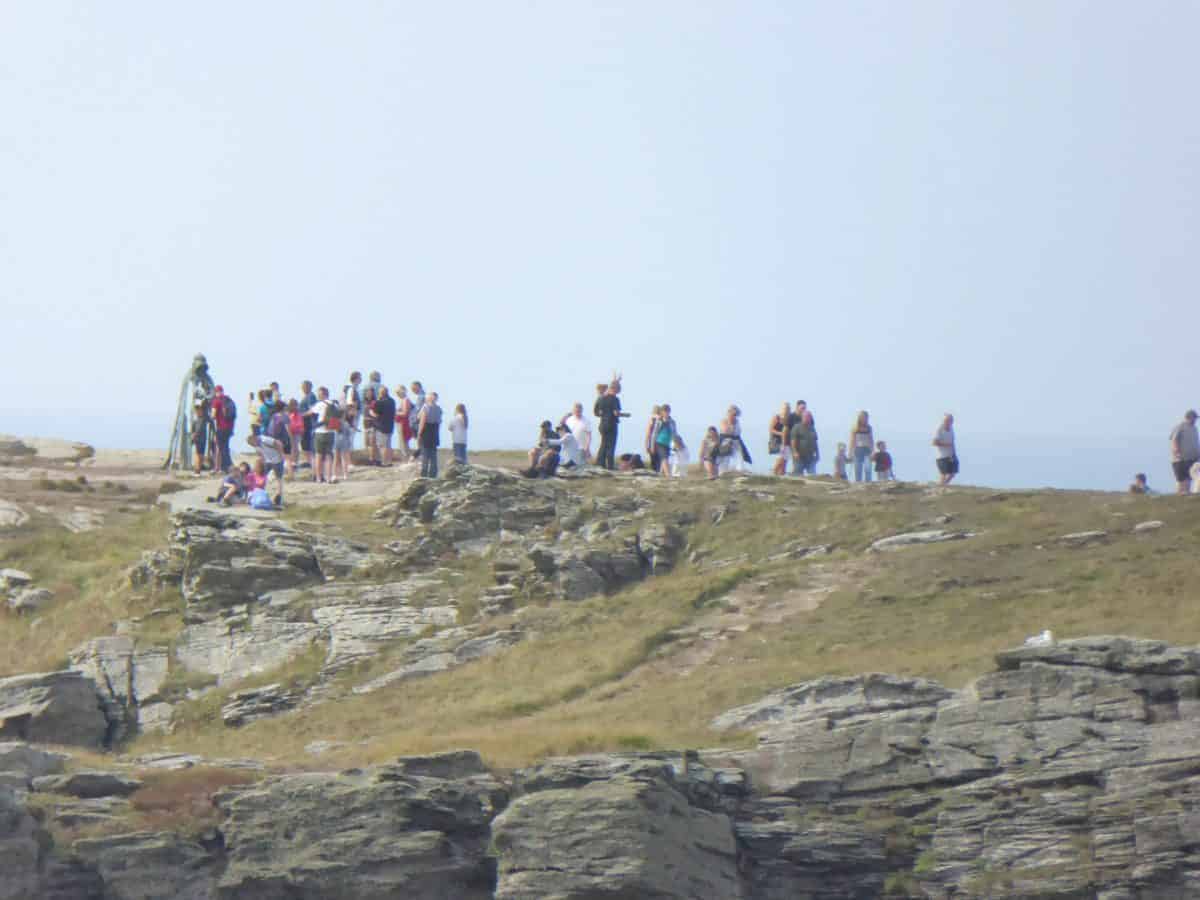 A new £4m footbridge at historic Tintagel Castle has raised concerns that it has made the attraction too popular – and could destroy the site.

The new bridge was opened last month to link the divided landscape of the settlement – widely regarded as the birth place of King Arthur.

It was designed to follow the path of the original land bridge and help visitors to better understand the site’s history and improve access to the island.

But critics say that since it has opened hundreds of people have been visiting daily with fears this could destroy the archaeological site in Tintagel, Cornwall.

And they claim it has turned a statue built of a knight to mark the mythical links with King Arthur into a “selfie magnet” that is further putting its future at risk.

Bert Biscoe, who is an independent Cornwall councillor, said the difficulty in accessing the island had long protected the archaeology, geology, flora and mystery of it.

With the bridge now fully operational, he said he recently went undercover and was shocked by the scale of the crowds.

He said: “The problem is they have put in a bridge, which is no doubt beautiful, but it has created a means of access that was not there before.

“It was extremely taxing to get to the island before the bridge was in place.

“It leads to a very significant resource, much of which has not been explored before.

“By creating the means to access it, significantly more people are going there and it has started to put pressure on the archaeology.

“There are now far more people going than ever before.

“Tintagel is a very valuable site. Partially for the mythology around King Arthur but mostly for its archaeology and also the story of the formation of the land told by the geology.

“My concern is that this bridge now facilitates so many more on to the island.

“And then there is this silly statue they have put up there that has become a selfie magnet.

“You see people crowding around and getting their photos taken, but actually Tintagel is a really important site to lean about the real story of early Britain.

“English Heritage are trading on the mythology of King Arthur to get people playing on the fantasy – and possibly trashing the archaeology as a result.”

Other plans for the site by English Heritage for further King Arthur attractions at the castle have previously attracted controversy over its ‘Disneyfication.’.

A group known as ‘Kernow Matters To Us’ expressed outrage when Merlin the Magician’s face was engraved at the entrance to a rocky inlet near the castle.

Cllr Biscoe added: “This is a serious issue about the conservation of British heritage. What matters most? Financing English Heritage or making sure we conserve and protect the architect?”

“The story of King Arthur or how the land was made need to be given equal weight.

“When I was there I saw 100 people on the island. It was rammed. There used to be a dozen a day as it was a steep precarious climb and a taxing job to get there.

“English Heritage have done what they have done and just taken advantage of the situation as it stands but I think they have gone beyond an ethical mark.

“They could tarmac over it to protect archaeology but you would lose the impact.

“But a balance has to be struck so they don’t destroy the resource.

“I have had some support. People who consider issues to do with heritage and conservation see the point I am making and support the view the law needs to be reformed to stop other sites going the same way.

“People are divided over the bridge, but it is there now.”