The star-shaped airport includes a terminal billed as the world’s biggest at one million square metres. 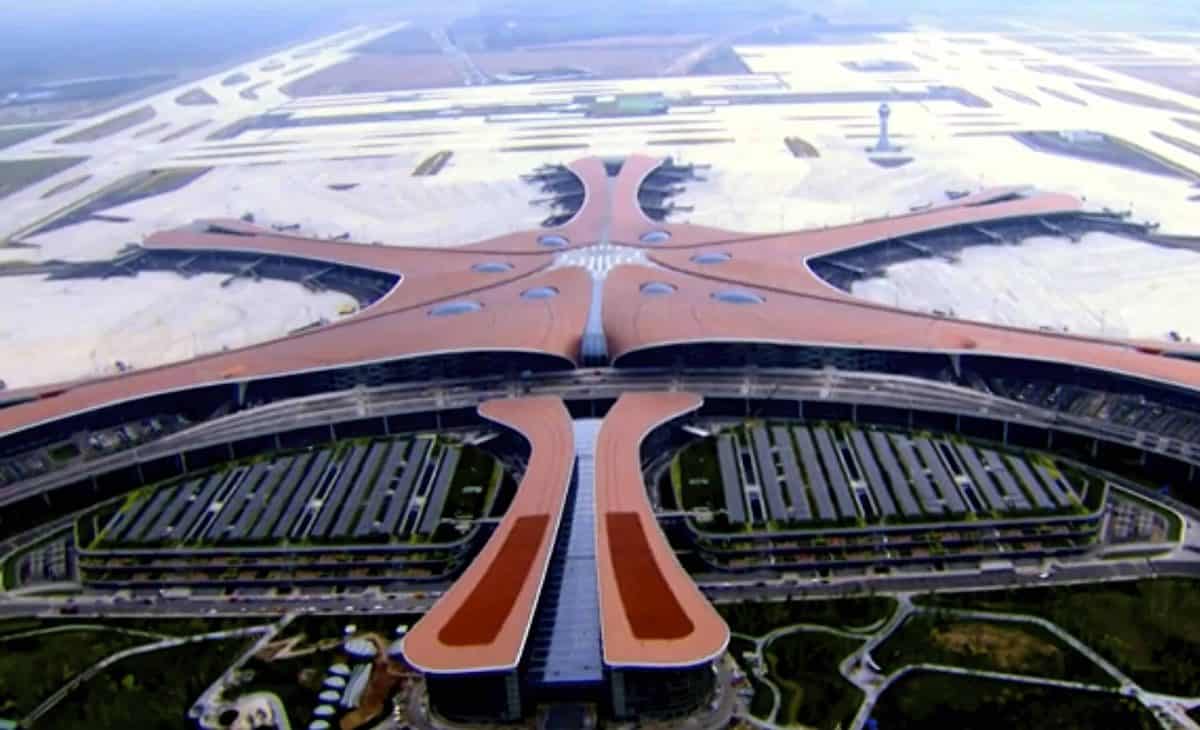 Chinese president Xi Jinping has presided over the inauguration of a second international airport for Beijing with a terminal billed as the world’s biggest.

Beijing Daxing International Airport, built in less than five years at a cost of 120 billion yuan (£13.5 billion), is designed to handle 72 million passengers a year.

Six more flights took off later for Shanghai and other destinations.

The Chinese capital’s main airport is the world’s second-busiest after Hartsfield-Jackson Atlanta International Airport and is nearing capacity.

Despite that, its builders say travellers will need to walk no more than 600 metres (2,000ft) to reach any boarding gate.

The vast, star-shaped airport is about 45 kilometres (30 miles) south of downtown Beijing. It has four runways, with plans for as many as three more.

The capital has a third airport, Nanyuan, for domestic flights, but the government says that will close once Daxing is in operation.