"I love swimming in the sea but it's not worth it." 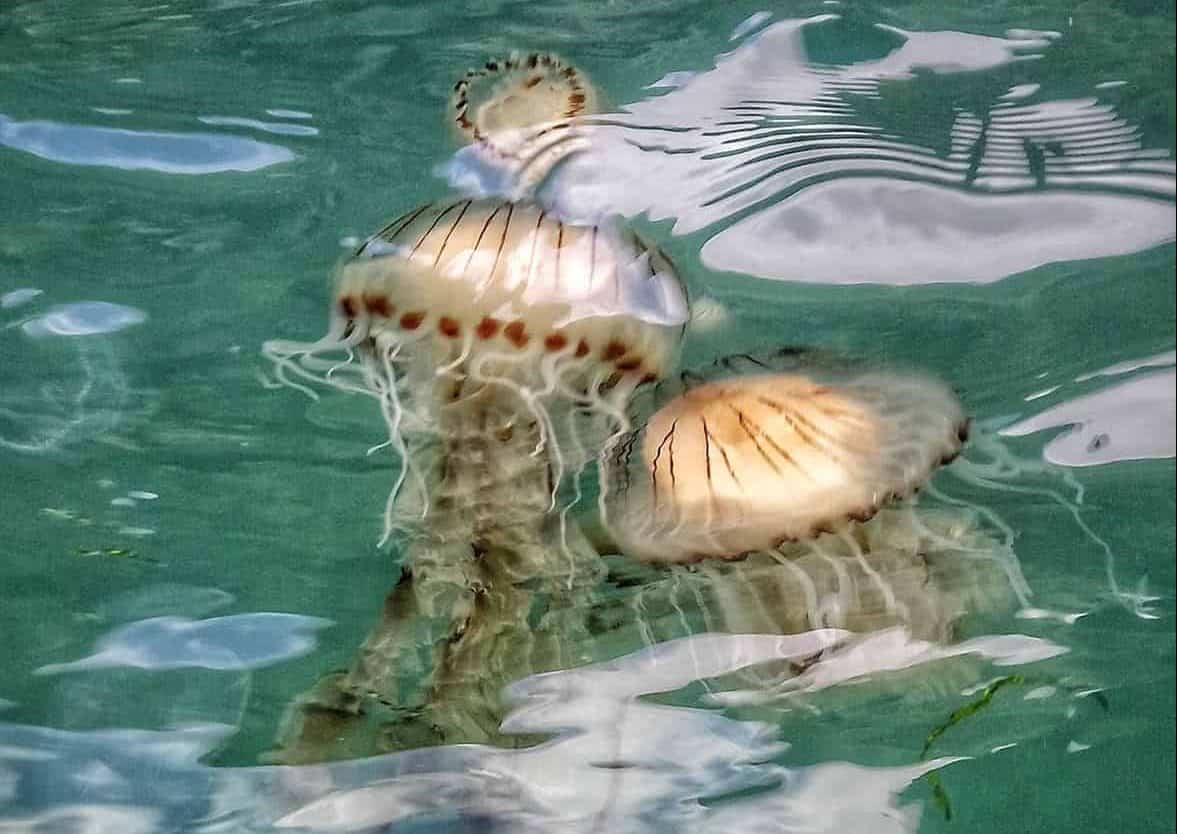 Britain’s beaches are being invaded by jellyfish – as one kayaker shows with his images of swarms near the coast.

Resorts in the South West of England have reported a high number of the stinging sea creatures this year.

Surfers and swimmers are reporting being regularly stung – with some now saying they are too scared to go in the water.

Locals in South Devon have taken a series of images Compass jellyfish – Chrysaora hysocella – that can give a nasty sting.

Explorer and wildlife expert Darren Murray captured shots of the Compass jellyfish off Brixham, while in his kayak.

Darren Murray, 48, said that he saw thousands of jellyfish in a mile-long cluster, known as a bloom.

He said there were three different types, moon, compass – and an eerie blue jellyfish, which could have been Portuguese man o war.

Darren, 48, made his sighting off Brixham, Devon, but reports of sightings have come in from around the South Coast and swimmers are now wary of getting in the sea.

He said: “There were loads and loads of them, a couple of thousand I reckon.

“There were three different types, moon, compass and a couple of blue ones too. The moon ones don’t sting but the compass do and they can be nasty.

“Swimmers sometimes get stung on the face and that can be very painful.

“They come in on high tides. If you see them they’re not going to come get you, but you need to be careful around them.”

Darren said he sees blooms of jellyfish like this each year, but numbers are increasing.

He said: “As the sea gets warmer they follow it up and they get trapped against the British coast.

“It happens each year but it’s getting earlier and earlier, and the numbers are growing too.”

Alongside Brixham, Jellyfish have been spotted in the water off Plymouth, Devon, and in Cornwall including Par, Polzeath, and Falmouth.

One swimmer, James Oldfield, 33, a media worker from Falmouth, said: “I hit one while swimming a short while ago, and I’ve seen loads washed up on the beach.

“It makes me scared to get into the sea – I’ve been stung before and the pain lasted for days.

“I haven’t been stung yet this year, but if I knew there were jellyfish in the water I think I’d stay out.

“I love swimming in the sea but it’s not worth it.

“The beaches are always full of people now that summer is here, there are more people than the lifeguards can cope with.

“If I were a holidaymaker with a family, I’d be scared of my safety and that of my family while in the water.”

Sam Whitfield, 29, a professional photographer from Plymouth, Devon, said: “If there is one thing I am scared of it’s jellyfish, more so than sharks.

“I’m scared for me and my kids when we enter the sea, because of the chance of being stung and feeling the slime over me.

“It’s so bad that I’ve headed to Dartmoor and taken to river swimming instead, I’d urge every one else to do the same.”