The find is drawing hundreds of tourists on the Co Clare island of Inis Oirr. 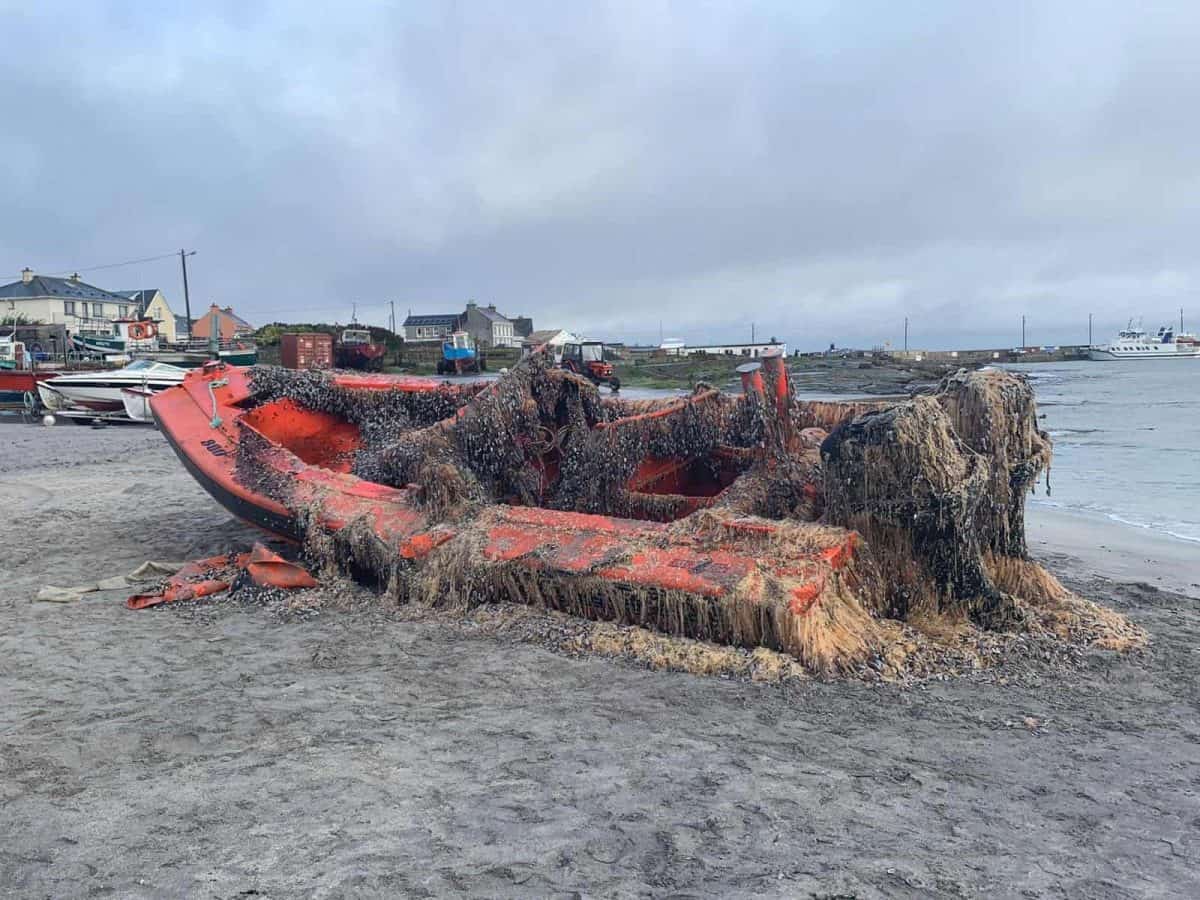 An American coastguard boat has washed up off the coast of Co Clare.

It was spotted on Monday by a local cruise company, and after attracting some local interest it was towed back to shore, where it was discovered to be an American military boat.

“Yesterday we were on the 1pm sailing heading for Inis Oirr. When we were going across to the island, some of the staff spotted it in the water and went over to investigate,” he said.

“There was a lot of growth on it, it had clearly been there for a long time.

“We rang the coastguard, and a local fisherman went out for a look. He tried towing it back himself, but it was too big.

“He got back in contact with us and one of our boats towed it in to the beach and a load of locals came down and helped pull it ashore.

“After we pulled it up everyone was asking questions. We have some of our staff who have training on fast rescue boats, and it was painted orange so they knew it must be some kind of rescue vessel.

“We thought maybe it fell off a ship.”

After clearing some of the debris and growth on the boat, the group found the name of the company that made the boat and made contact.

“They told us that it was made for the US Coast Guard, but they sometimes use boats for target practice in the military, so we’re thinking it was washed out to sea after that,” Mr O’Brien added.

The group estimates the boat had been in the water for a number of years due to the length of goose barnacles attached to its sides. They can take several years to grow, and some on the boat are almost two metres long.

Locals on the island are trying to clean the boat, but it remains on the beach and is drawing hundreds of tourists.

“We already have a shipwreck on the island, so everyone’s saying this is the new one,” Mr O’Brien said.

“We had a jet-ski that washed up about seven or eight years ago that had a New York registration on it, but this is definitely the most unusual thing we’ve had. It’s not that badly damaged and could be repaired, it has two engines on it.

“We were saying earlier that if he wanted, Vice President (Mike) Pence could bring it back to the States with him.”

Mr Pence is visiting Ireland on a three-day visit.

The US Coast Guard has been contacted for comment.